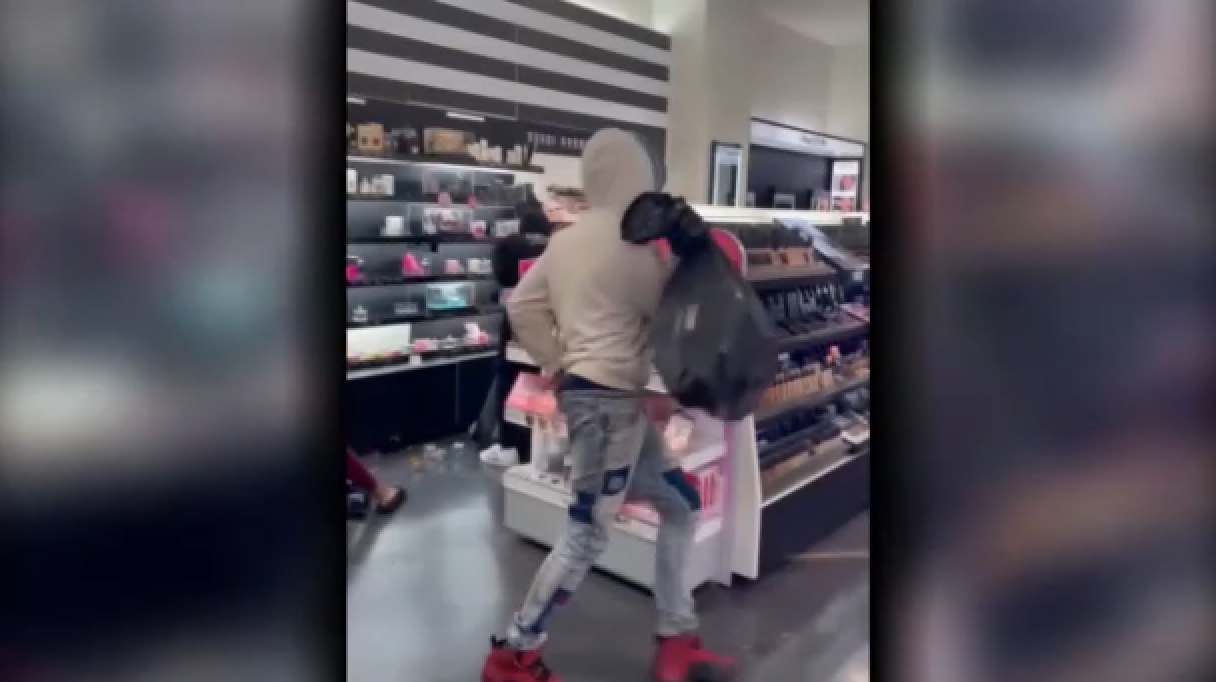 A trio of robbers at a Sephora store in Los Angeles were caught on video piling beauty products into black trash bags in front of other shoppers before fleeing the scene, a video online appears to show.

Shortly after 9 p.m. Saturday, TikTok user Jessica Ortiz said she was shopping at the beauty retail store when she heard a loud sound and witnessed the robbery unfolding. She reacted quickly enough to pull out her phone and record the incident.

“I was just trying to pick out a concealer then heard a BANG,” Ortiz said in a subsequent video post.

The video appears to show three individuals all wearing hoodie sweatshirts to block their identities, emptying the shelves of their supplies.

The Los Angeles Police Department confirmed they received multiple calls for robberies at the Los Cerritos Center Saturday evening. Robberies first took place in a Forever 21 store before the assailants made their way to the Sephora, police said.

Thieves steal items off a shelves at Sephora beauty store in Los Angeles.

The suspects in the video ended their heist by fleeing the scene.

Brazen thefts have increased in Los Angeles and have become a concern to law enforcement as thieves often target unsuspecting victims, even in broad daylight.