Danica Patrick on removing her breast implants, being single: ‘When the right guy comes along, I'll know it’ 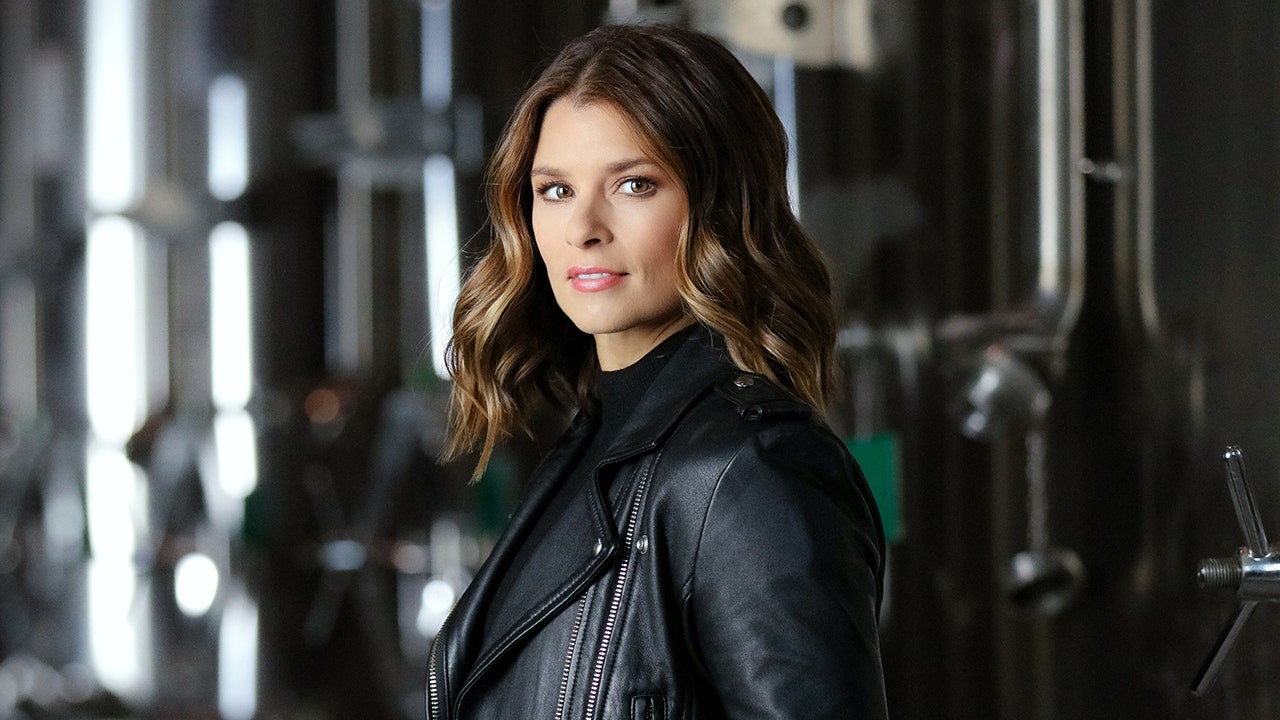 Danica Patrick had her breast implants removed, and she couldn’t be more thankful.

For the last two years, the former NASCAR driver was experiencing side effects from breast implant illness. Recently, the 40-year-old went under the knife once more, but this time, it was about getting them removed.

The retired racer originally had a breast augmentation in 2014. However, persistent symptoms prompted Patrick to get multiple tests, which led to zero relief. After learning about breast implant illness, she was ready to have them removed and hasn’t looked back.

These days, a rejuvenated Patrick is eager for what the future holds for her. She’s been focusing on a passion project, a wine label named Somnium that’s inspired by her love of Napa Valley. She initially fell in love with wine after moving to England at age 16 to further her racing career. Her Danica Rosé from Provence, France, was poured at this year’s Indy 500.

Danica Patrick went under the knife earlier this year after experiencing side effects from her breast implants since early 2018.
(Courtesy of Danica Patrick)

Patrick spoke to Fox News Digital about her health journey, how she recovered and how she’s navigating single life.

Fox News: You recently spoke on social media about having your implants removed. How are you feeling?
Danica Patrick: I feel really good. I started feeling better within hours after surgery. But really, at the end of the day, I felt such a pull to share my experience because I learned so many other women’s stories about it. It gave me so much clarity about my implants being a very high culprit to all the issues that I was having.

So I felt like I needed to share my story, too. And the fact that I have a good platform to do that and reach a big audience was more a positive than a negative. I was like, “Oh man, if I share this, I’m gonna have to tell people all the things I’ve been [hoping] they didn’t notice about me, whether it was my hair loss, weight gain or energy levels.”

Danica Patrick got her breast implants in November 2014.
(Mike Coppola/Getty Images for NBC)

I was trying to hide those things for a long time. But I’m so grateful that I did share my experience. After hearing my story, some people may suspect they might be dealing with the same thing and not feel so alone. I’ve gotten so much feedback after I spoke out, and I get it in the most random places, like Starbucks at the airport, the bathroom of a restaurant or a sponsor appearance. That just goes to show you how this story resonates with so many people.

Fox News: We’ve spoken to people in the entertainment industry who shared their experiences in having their implants removed because of the side effects they experienced later in life. They described feeling so much better after deciding to get them removed.

Patrick: Wow. I mean, you’ve heard the stories then. My symptoms were hair loss, weight gain, heavy metal toxicity, leaky gut and fatigue among many other things. Thyroid was another big one. I believe the most common denominator is not necessarily a symptom. It’s more so that no matter what you do, you can’t get the symptoms to go away.

Danica Patrick was experiencing persistent symptoms that prompted her to get “multiple tests.”
(Courtesy of Danica Patrick)

Fox News: When did you first realize that something didn’t feel right? What was your first symptom?
Patrick: If I go back to the first symptom, it would probably be early 2018, which is about three years after I got them. My hair wasn’t quite as healthy. I had gained a few pounds and I didn’t know why. None of it made sense to me. There wasn’t a logical reason, and I’m a pretty logical person. I just wrote it off to try harder and I was getting older.

But it wasn’t until the beginning of 2021 when my body had continued to slip in the direction that I didn’t feel like I had any control or understanding as to why. And on top of that, I lost my [menstrual] cycle. It was really losing my cycle for a couple of months that got me to go to the doctor and have my hormones checked. My thyroid was low, my hormones were off. It felt like nothing was working. Even when I look back at 2018, I remember thinking the words in my head, “Maybe it’s my hormones.” The intuition was there, but I just wrote it off and pushed on for years.

Fox News: It can be very daunting to hear the word “surgery.” How did you feel about the fact that you would have to have another surgery to get your implants removed?
Patrick: Excited. Very, very excited *laughs*. I would tell the [hospital scheduler], “If I can get it tomorrow, I’ll come in tomorrow. Just let me know.” It’s like if you were going to have a baby. I’ve never had a baby before, but I’m betting that, at the very end, even though you’re having this daunting experience in front of you, whether it’s pushing a baby out or maybe a C-section, yes it’s a lot to deal with, but you’re also so ready because you just can’t wait to meet your baby. You’re just that excited. And you’re like, “Let’s do this.” I imagine it’s maybe something like that. That’s how I felt.

Danica Patrick said she was relieved to get her implants removed.
(Matt Winkelmeyer/ACMA2019/Getty Images for ACM)

I felt excited. Ready. Of course, the idea of getting cut open is not comforting. It took four tries with the IV because, unfortunately, my veins are not the best. But once the IVs were in, I knew that I would wake up and this would all be over. And that’s exactly how it happened. I also picked a very good doctor. I knew that this stuff is done every day. I knew I would be fine.

Fox News: What’s the most surprising thing that you learned during this journey?
Patrick: The fact that so many women struggle. It almost feels like a hidden epidemic. I do believe there will always be a level of side effects that come with [implants]. Maybe some people do really well and it’s so minimal that they don’t notice.

But I also think it’s impossible to put a foreign object in your body and not have your body respond to some degree. Every individual is different, of course … But are we really doing enough studies on them? Are people truly educated on the potential side effects and risks? Doctors tell us that they’re safe, but they’re also selling them.

I think it’s a matter of testing and common sense. If you put something in your body that’s not natural, your body is going to protect itself. Your body will form scar tissue around it to protect you from it. And that’s called a capsule. My implants produced a lot of capsules. They seemed soft enough for the first couple of years, but then they hardened up more.

I thought maybe it was from crashing into walls while I was racing, but one of them occurred years after I was done. So I knew that wasn’t it. My body was continuing to try and protect me from them. The doctor said …  my scar tissue capsules were both folded inside the implant. They had shrunk up so much from so much scar tissue forming that they were deformed.

Fox News: As someone who’s in the public eye, were you worried about facing any kind of pressure to look a certain way after removing your implants?
Patrick: I did not. I think it was more my own pressure at the beginning of how I felt like I should look. I felt like I wanted to be more feminine. I wanted to have what, in my mind, felt like an ideal body. I wanted to have it all at a young age. I thought, “Let’s just get it all when you’re young enough.” In my mind, I thought I was going to be more ideal-looking. But getting them out felt more like freedom. I feel better about my body.

In 2017, Danica Patrick announced she would be retiring after the following year’s Indy 500.
(Jonathan Ferrey/Getty Images)

I feel like I look better, to be honest. I know that sounds crazy, but it’s true. I’m glad they’re out. I feel more like myself. I can give people hugs and not have these implants in the way. I also can’t wait to do yoga again and not have to worry about whether they’re going to lay on the floor while I do these crazy cool poses *laughs*. I won’t have to feel any of that weird stretching that I felt before. I’m excited to have it all be natural again.

Fox News: How are you navigating single life?
Patrick: It’s cool. I think that turning 40 and being single … I was in a lovely relationship for a year and that ended in January, the beginning of the year. To sort of step into my next decade alone was like, wow, OK. That kid ship might be sailing. I have no plans for my birthday right now because I’m now all of a sudden alone.

DANICA PATRICK DETAILS WHAT SHE’S NOW LOOKING FOR IN A PARTNER: ‘I’M NOT WILLING TO COMPROMISE’

There were some of those feelings of sadness in a way. But I also love being able to be spontaneous and spend time with my girlfriends and go on trips. My life these days is like a jigsaw puzzle that I’m fitting together [with] work trips and play trips. So I’m going to focus on that. And when the right guy comes along, I’ll know it.

Fox News: Do you miss being on the track?
Patrick: I do not. I do not miss the pressure. I don’t miss the schedule, the expectation levels, the judgment. I didn’t think about the risks, but there’s no risk anymore. I watched these cars start the Indy 500 and come … straight away at 230 miles an hour. And I was like, “Wow, I did that. I was crazy.” *laughs.*

Fox News: You’ve been keeping busy with your wine brand. What was it about the wine industry that made you want to get involved?
Patrick: I wouldn’t say it’s the wine industry. It’s more the wine *laughs*. I truly enjoy drinking wine. It’s my drink of choice. And after taking trips to wine country and experiencing that level of detail, the attention to every aspect of the process of growing the grapes and the fermenting, it just felt natural to me.

It is such an intricate, romantic process that I grew such a deep appreciation for. I thought to myself that it would be amazing to have something like this for myself one day. And that’s why my Napa Valley wine is called Somnium. It means “dream” in Latin. And this is my dream. I’m fulfilling it.