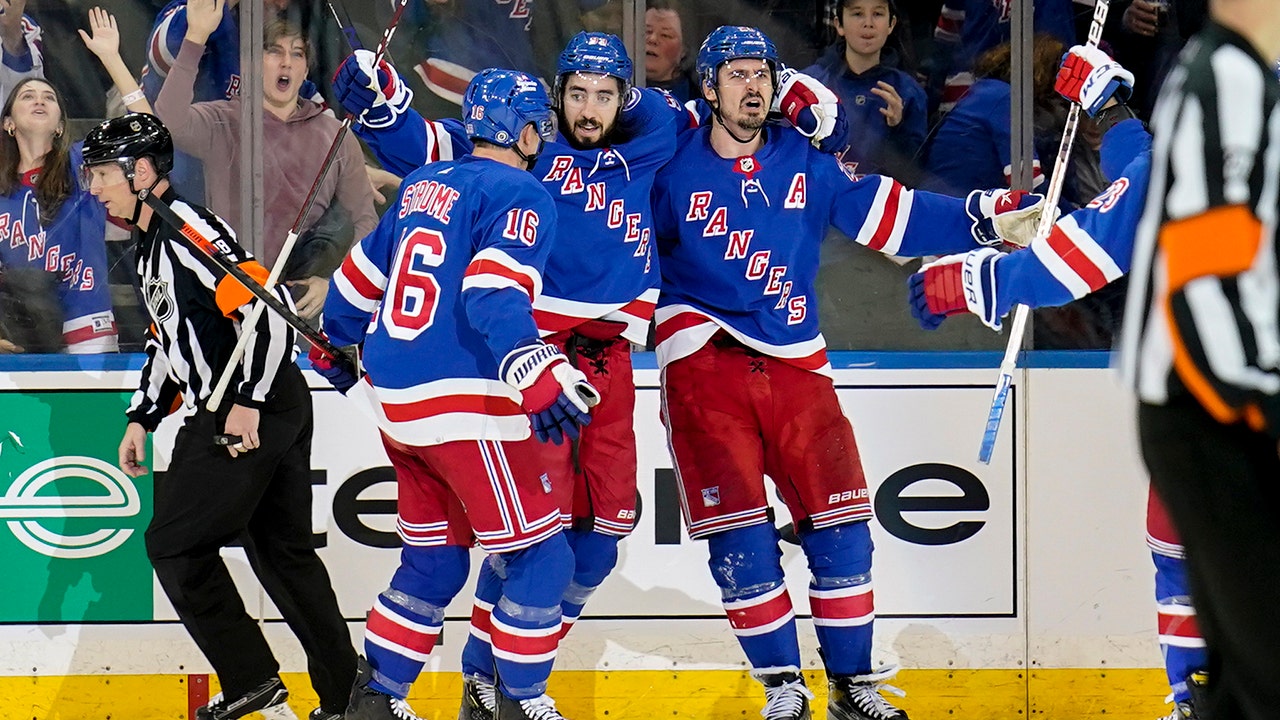 The New York Rangers defeated the Carolina Hurricanes 6-2 Monday night in Game 7 of their second-round playoff series in the NHL playoffs.

Rangers winger Chris Kreider scored twice on the night and goalie Igor Shesterkin had 36 saves. Shesterkin is a finalist for the Vezina Trophy for the NHL’s top goalie and for the Hart Trophy awarded to the league’s most valuable player.

Kreider and defenseman Adam Fox had power play goals in the first period as the Rangers established an early lead. The team would not look back and cruised to victory.

The Hurricanes lost forward Seth Jarvis and goaltender Antti Raanta to injury during Monday’s matchup. Jarvis took a high hit in the first period and Raanta had to leave the game with a lower-body injury in the second after he stretched out his right leg for a stop.

Raanta had 16 saves prior to his injury. Rookie Pyotr Kochetkov took his place and allowed three scores on 12 shots.

New York Rangers’ Andrew Copp (18) battles for the puck with Carolina Hurricanes’ Sebastian Aho (20) in front of Hurricanes goaltender Antti Raanta (32) with Hurricanes Brett Pesce (22) nearby during the first period of Game 7 of an NHL hockey Stanley Cup second-round playoff series in Raleigh, N.C., Monday, May 30, 2022.
(AP Photo/Karl B DeBlaker)

Rangers coach Gerard Gallant said Sunday he had a team of players who “have a lot of fun and they believe in themselves.”

New York will advance to the Eastern Conference finals for the first time since 2015. They will play the two-time defending champion Tampa Bay Lightning. Game 1 of that series will begin Wednesday night in New York.

In their first-round matchup with the Pittsburgh Penguins, the Rangers fell behind 3-1 but ended up winning the series in seven games. New York would then lose the first two games of their second-round series against the Hurricanes before coming back to advance to the conference finals.