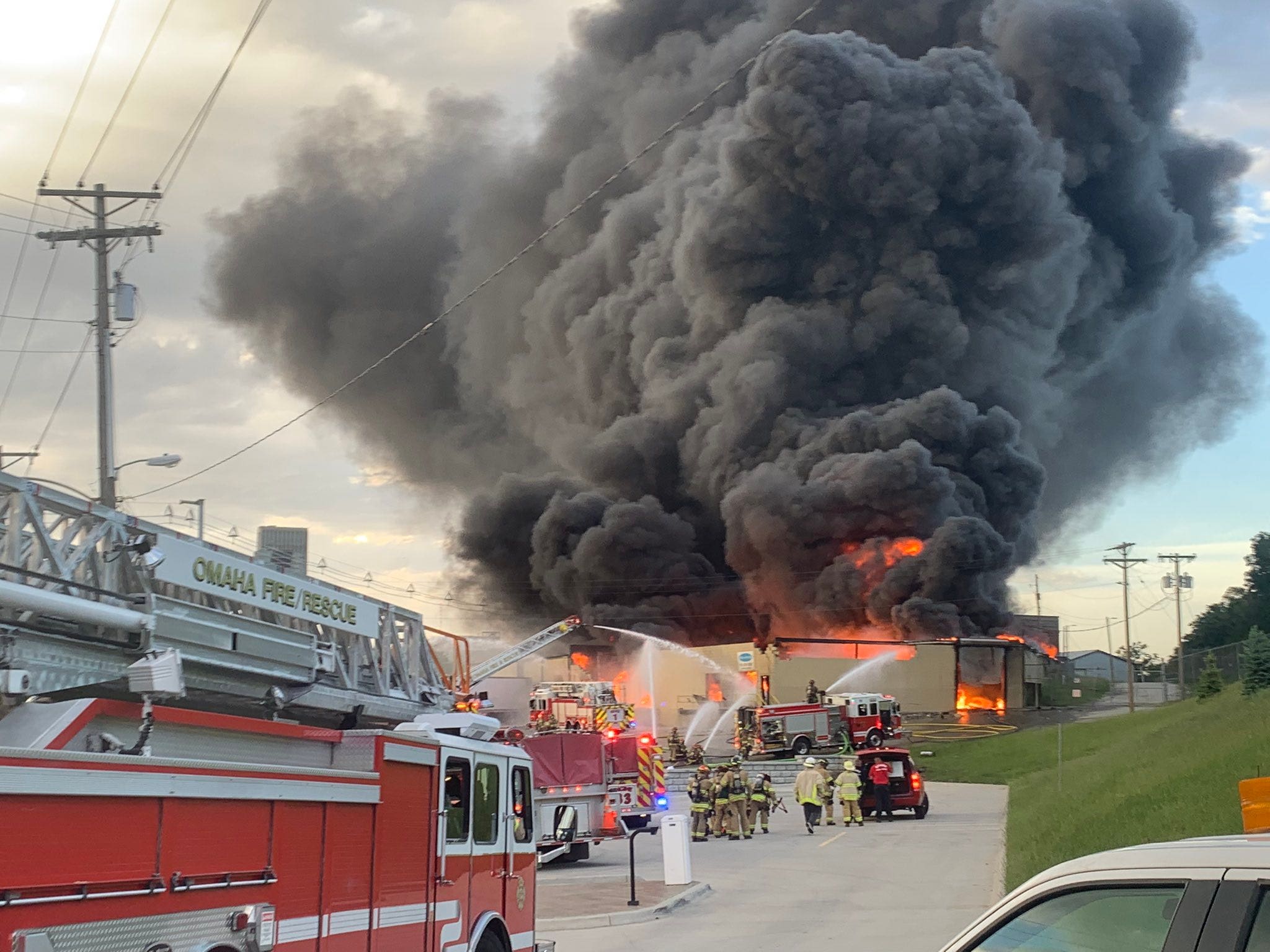 A massive three-alarm fire was sparked at a chemical company near downtown Omaha, Nebraska, on Monday night.

The fire and smoke was so intense that people living in neighborhoods nearby had to be evacuated. Thick black smoke billowing from the building could be seen miles away.

Video posted online also showed massive flames roaring from the building as firefighters and first responders worked to get the blaze under control.

Explosions could be heard coming from the building due to propane tanks and other chemicals burning inside the Nox-Crete faculty that is located on South 20th Street.

The fire started around 7 p.m. local time, and it’s unclear what sparked it. Officials with the Omaha Fire Department said the walls of the building started to collapse.

So far, there have not been any reports of injuries. It’s unclear if anyone was in the building when the fire started.

The Omaha Fire Department said help was available to residents who had been forced to evacuate due to the major fire.

“All that have been recommended to evacuate we have opened up the Columbus Community Center at 1523 S 24th St.,” the department wrote. “If you need a place to shelter please go there, and we will also have Red Cross there to help out.”