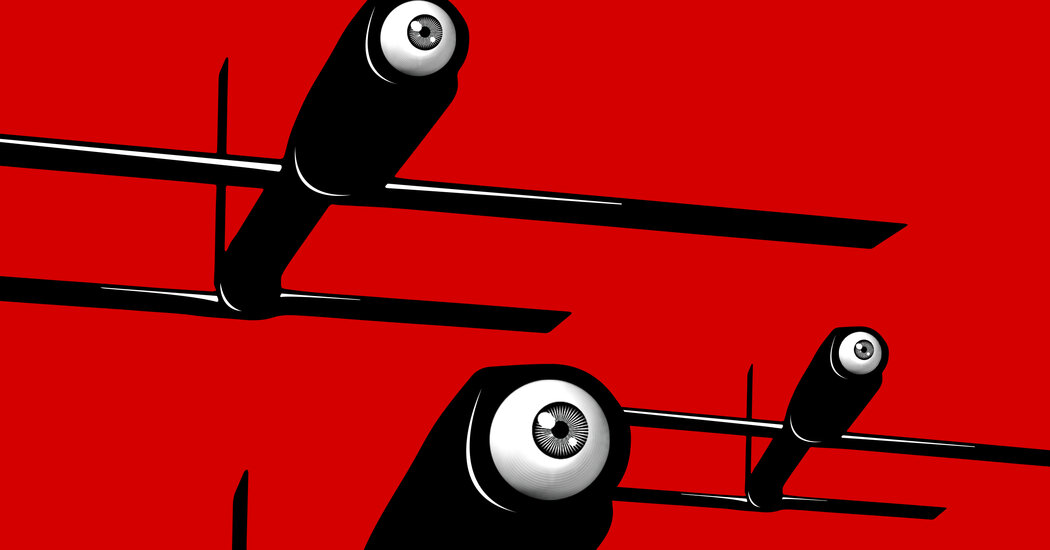 Drones have been used to pick targets for artillery fire and adjust the accuracy of those strikes. A wide range of drones has helped the Ukrainian Army punch above its weight on the battlefield, and the footage of attacks against ships and troops, tanks and helicopters has given Ukraine an easily shareable stream of videos for the global information war.

“What we are seeing now is a proliferation of images and videos put out by Ukraine and its allies, which are meant to depict power and precision,” John Kaag, a philosophy professor and co-author of a book on drone warfare, told me.

Drones carry their own moral hazards, as recent Times investigations into civilian deaths have shown. “What a video surveillance can reveal is that a target was hit or not hit,” Dr. Kaag said. “What it can never reveal is the legitimacy of that particular target.” Little wonder that drone operators are also vulnerable to the moral injury and post-traumatic stress that can affect troops on the ground.

What’s more, watching drone footage can be desensitizing, and moral injury from the battlefield can be contagious to spectators. It’s easy to cheer the destruction of yet another Russian tank and forget that the crew members being incinerated in the dramatic explosion are someone’s sons, possibly conscripted into a conflict beyond their control.

Also lost in the slew of drone footage coming out of Ukraine is the inability of outsiders to assess their authenticity and the larger situation just outside the drone’s field of view. Misinformation is its own currency in war. But what is clear is that drones have come of age and will be a permanent fixture in future conflicts.

We have been seeking to master unmanned flight nearly as long as planes have flown. Early drones took to the skies as early as World War I. More modern drones have been used by the United States since the Vietnam War. But it was only after the Sept. 11 attacks that modern combat drones began to project military power, after the C.I.A. first strapped a missile on Predator No. 3034 and flew it over Afghanistan in 2001. And for a short time, the United States was essentially the world’s lone drone superpower.

Since then, the world’s combatants have rushed to send their own drones aloft.

Conflicts in the years since have seen more and more drones making war, including ISIS fighters doing battle in Iraq and Syria, Turkish troops surveilling and striking fighters in Kurdistan, an assassination attempt in Venezuela and rebels in Yemen launching attacks against Saudi infrastructure.