After Uvalde, We Must Ask: Is Active Shooter Training Working? 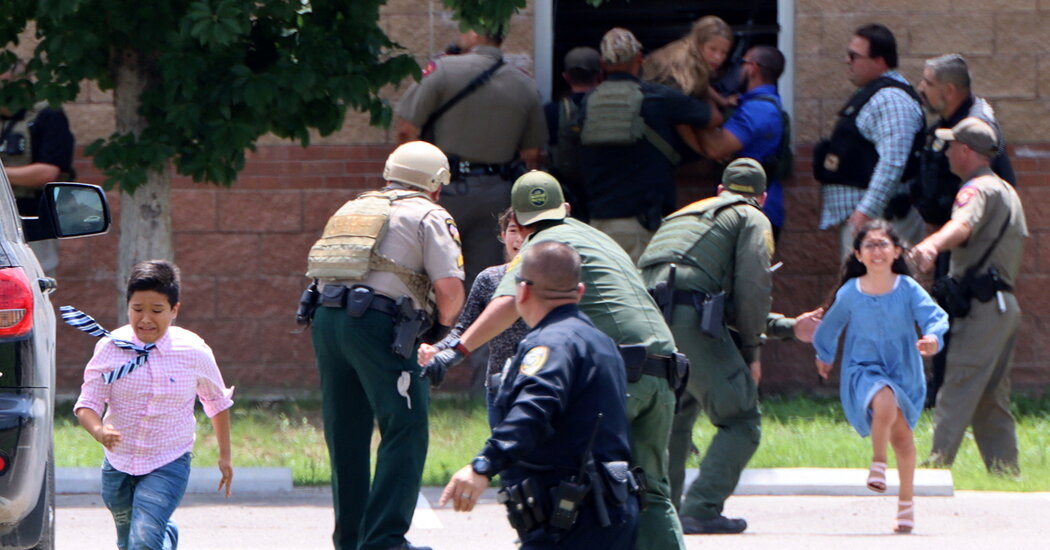 Today schools, at best, are giving lip service to the first part of that mantra, to run. Most schools that train for a shooting urge students, teachers and other staff members to lock out or hide from a shooter but almost never to run for their lives if they can. My friend Frank DeAngelis, a retired principal of Columbine High School in Colorado, told me he wished his students and faculty had been taught to flee. At Sandy Hook, nine first graders survived when they were able to flee their classroom, thanks to their brave teacher Victoria Leigh Soto, who was shot and killed when she stood in front of the killer.

I still have nightmares about details from school shootings in which survivors told me they huddled under their desks, hoping against logic that the shooter would not see them. It’s hard to shed the images of victims’ bodies found huddled under plastic tables, behind cloth partitions or together in a group against a wall.

I remember telling my children that if someone approached them in a car while they were walking, they should run as fast and as far as possible. Yet in many school settings we have mistakenly discouraged students from trying their best to simply stay alive.

Now my youngest child is a teacher whose middle school classroom is near the end of a hall with a side door to the outside. The classrooms are filled with desks. She knows that killers who strike schools will take advantage of opportunities to find more victims. I share my daughter’s experience not to invite criticism of the actions of educators responding to lethal situations but to underscore how vital proper training is to the survival of teachers and their students.

We’re told the best way to learn is from the mistakes we make. According to data from the F.B.I., in recent years the average number of casualties per active shooter attack has declined even as the number of attacks has increased. I think this reflects better policing and improved public awareness.

Still, police will not likely be there in the critical first minutes of an attack on a school. In the aftermath of the wrenching tragedy in Uvalde, it’s clear that, nearly 10 years after Sandy Hook, we must ask ourselves if the training designed to safeguard us against killers in our schools is the training that is working.

Katherine Schweit, an F.B.I. special agent who retired in 2017 after 20 years, created and ran the agency’s active shooter program after the shootings at Sandy Hook Elementary School in 2012. She is the author of “Stop the Killing.”