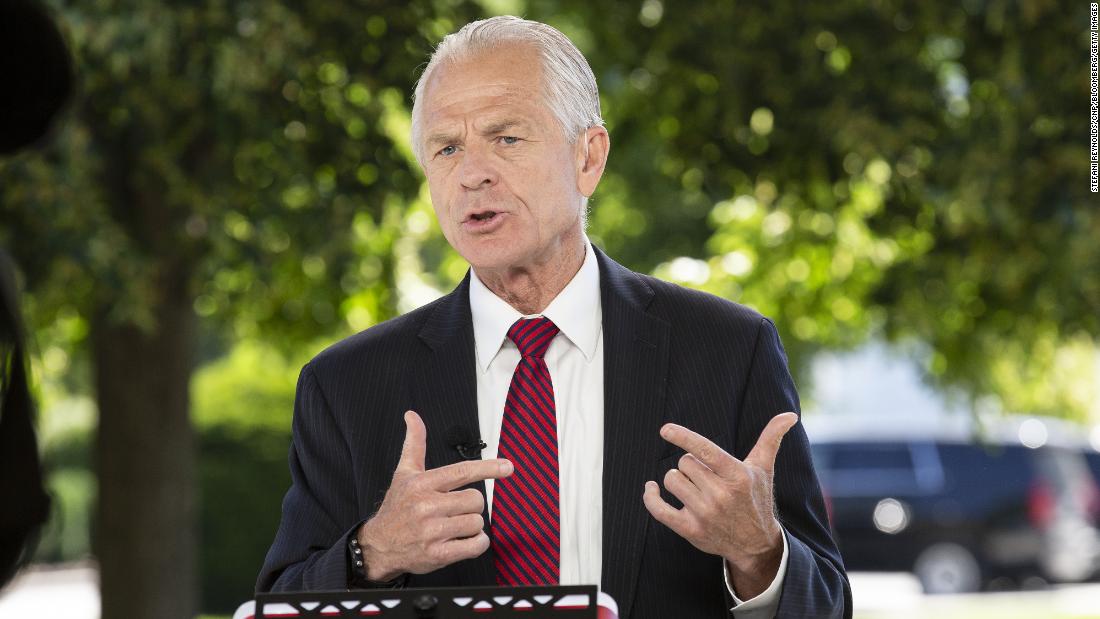 Navarro said he has been summoned to testify on Thursday to a federal grand jury and to provide any records he has related to his refusal to comply with a February subpoena he received from the House select committee investigating the attack on the US Capitol, including any communication with former President Donald Trump.
The New York Times was first to report that Navarro said he’d been subpoenaed by federal prosecutors.
In April, the House voted to recommend Navarro be referred to the Department of Justice on criminal contempt of Congress charges for refusing to comply with its subpoena.

The grand jury subpoena was revealed in a draft copy of a lawsuit Navarro says he intends to file against the House select committee, House Speaker Nancy Pelosi and the US attorney for the District of Columbia.

Navarro is representing himself in the suit, which has not yet been filed in court, and is seeking to convince a federal judge to block both the House committee’s subpoena and the grand jury’s subpoena, which he says are unlawful.

Navarro said in the draft lawsuit that the grand jury subpoena was served on Thursday when two FBI special agents “banged loudly on my door in the early morning hours.”

CNN has asked Navarro to see a copy of the grand jury subpoena.

CNN has also reached out to the US Attorney’s Office in DC for comment.