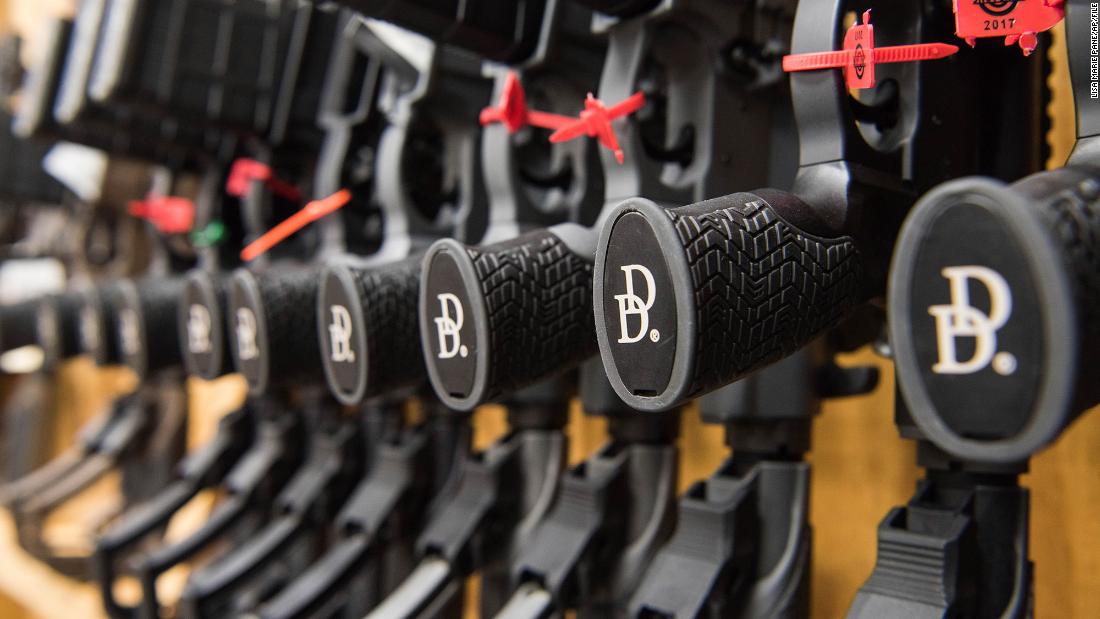 “It is our understanding that the firearm used in the attack was manufactured by Daniel Defense,” the website states. “We will cooperate with all federal, state, and local law enforcement authorities in their investigations.”

Days before the shooting, the Georgia-based company tweeted a provocative image of a toddler holding an assault-style weapon with the caption: “Train up a child in the way he should go, and when he is old, he will not depart from it.”

The company, founded by Marty Daniel, is now under the magnifying glass of politicians and activists looking to change gun laws so that civilians do not have easy access to military-grade weapons.

The US House of Representatives Committee on Oversight and Reform is asking Daniel Defense to provide information such as how much they spend on advertising, their gross revenue from assault-style rifle sales and other items before their June 8 hearing that will “examine the root cause of gun violence and evaluate measures to prevent further loss of life from firearms.”
Daniel Defense has since deleted the toddler tweet — which used language from Proverbs 22:6 in the Bible — but since its founding in 2000, the company has made headlines numerous times for how it advertises its weapons to consumers.
Salvador Ramos, the man who carried out the shooting in Uvalde, was one such consumer. Investigators found one of the suspect’s AR15-style rifles, manufactured by Daniel Defense, in the school, according to Texas state Sen. John Whitmire, who received a briefing from law enforcement.

CNN has reached out to Daniel Defense for comment but has not heard back.

Daniel Defense prides itself on building its own parts

Marty Daniel founded his company once he was “bitten by the shooting bug,” according to a timeline of the company’s history.

After graduating from Georgia Southern University with an electrical engineering degree, Daniel opened an overhead door and fireplace business. His firearm business got its start because a friend invited him to shoot his AR, the site says.

“Every shot he fired filled him with a satisfaction he’d never before experienced,” the website states.

In the more than 20 years since its founding, Daniel Defense has marketed themselves as a company that prides itself on making “nearly every component part it sells,” its website states.

On its “company values” page, the company said building their own parts “differentiates us from many industry players who basically assemble rather than build their products.”

The NFL refused to allow a Daniel Defense ad during Super Bowl XLVIII in 2014 because it promoted guns. The ad focused on a man coming home to his wife and baby.

“I am responsible for their protection, and no one has the right to tell me how to defend them,” the man in the ad says in a voiceover. “So I’ve chosen the most effective tool for the job,” the ad ends with Daniel Defense’s logo.

While it never aired during the Super Bowl, Marty Daniel turned the rejection into an avalanche of attention.

“The majority of the Super Bowl fans have the same values that we have at Daniel Defense and that is we believe in protecting our families,” Daniel told Fox News at the time.

Gun control activists argue the company is targeting younger customers with nods to pop culture icons and video games. At the same time, Daniel seems to aim and focus his comments at older Americans and gun control.

“The anti-Second Amendment crowd just looks for any excuse to ban guns in any way they can,” Daniel told OutdoorHub in 2016.

But the company has shied away from the limelight in the wake of the Uvalde shooting.

Daniel Defense did not attend the National Rifle Association convention last week. It was the gun lobby’s first annual meeting in three years because of the Covid-19 pandemic.

“Daniel Defense is not attending the NRA meeting due to the horrifying tragedy in Uvalde, Texas, where one of our products was criminally misused,” said Steve Reed, the company’s vice president of marketing, in a statement. “We believe this week is not the appropriate time to be promoting our products in Texas at the NRA meeting.”

The company’s display was replaced by a popcorn cart and a baked potato stand.