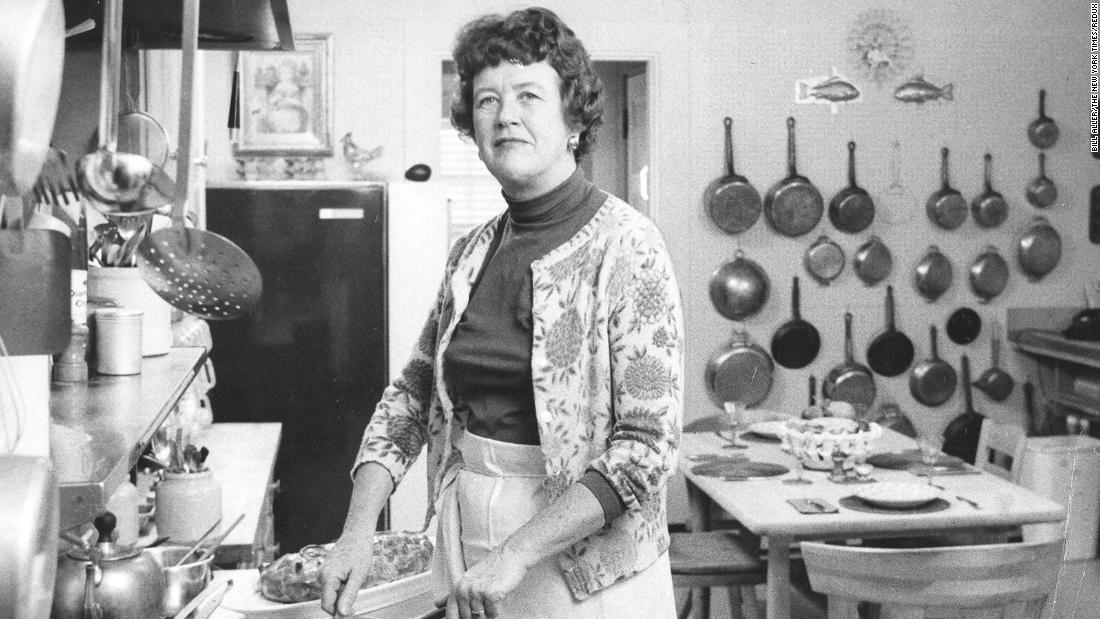 Chef and cookbook author Julia Child poses in her kitchen in Boston in 1964.

Chef and cookbook author Julia Child poses in her kitchen in Boston in 1964.

Julia Child, a pioneer in the world of food whose influence continues to resonate even after her 2004 death, revolutionized home cooking in the United States. She also blazed a trail for women in the culinary arts and for celebrity chefs on television.

After moving to Paris with her husband, Paul, in 1948, Child became enthralled by all the culinary experiences France had to offer. She enrolled in the esteemed Le Cordon Bleu cooking school in an effort to learn as much as she could. Despite struggles to gain respect and obtain the same opportunities as her male counterparts in an industry dominated by men, Child persevered and was well on her way to becoming an authority on French cooking.

While in Paris, Child met fellow chefs Simone Beck and Louisette Bertholle. The three women embarked on a seven-year collaboration to write a cookbook outlining French cooking for Americans, whose interest in the cuisine exploded after World War II. After many publishers passed on the book, “Mastering the Art of French Cooking” finally found a home and was released in 1961 to great acclaim. The groundbreaking book, which would go on to sell over a million copies, was the first of many best-selling cookbooks authored by Child.

On the heels of her cookbook’s success, Child landed a cooking show on public television titled “The French Chef.” It was one of the first of it’s kind in 1963. By demystifying French technique and cooking in general, the show became an instant hit. Child’s charm and authenticity enamored audiences and inspired them to recreate complex dishes at home. Child’s career spanned 40 years, and even after her death she continues to influence generations of chefs, both home cooks and professionals alike.

To coincide with new CNN Film “Julia” airing on Monday, May 30, at 8 p.m. ET, here’s a look at Child’s fascinating life.