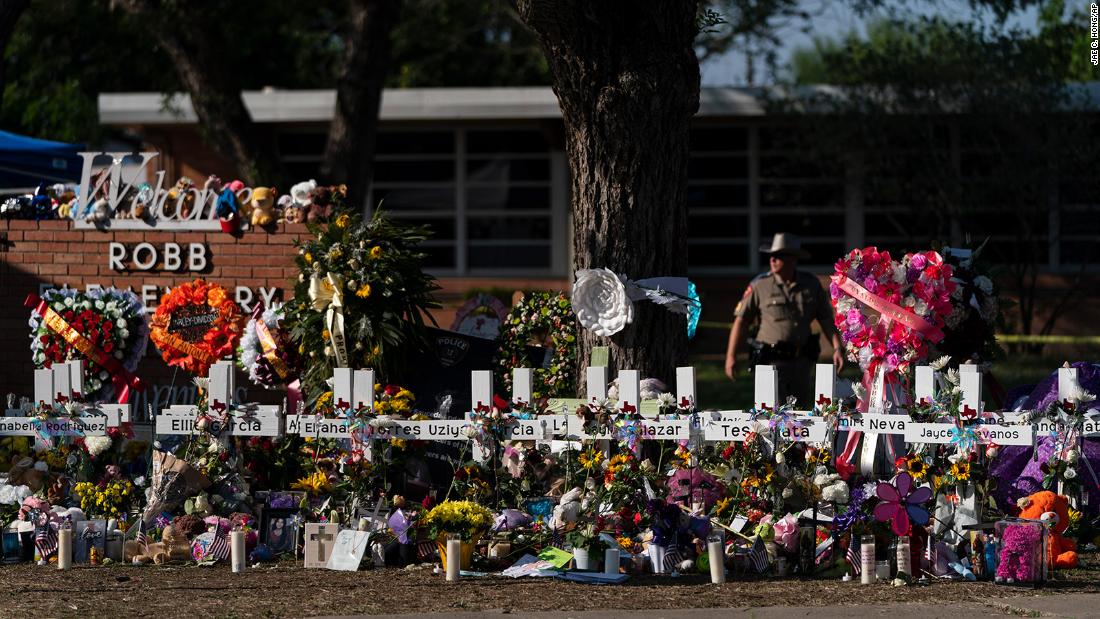 Ganem says he was contacted by the Texas Funeral Directors Association to make the custom caskets on the day of the shooting. He told CNN Monday that he and his 25-year-old son worked tirelessly to get all the caskets assembled, designed, and delivered to funeral homes.

The caskets were purchased through a company in Georgia that worked for 20 hours straight to produce them, Ganem says. They arrived in Texas by early Friday morning; Ganem says he finished all 19 caskets over the holiday weekend, working nearly three days straight — and running on about six hours of sleep.

Ganem says he met with family members of the victims to curate customized designs and themes for each casket, ranging from softball to Tik Tok to Spiderman. Marisol Gonzalez of SOLart Designs and Justin Watts of The Graphix House helped with graphics and decals for each casket, Ganem says.

“We don’t just put a vinyl wrap on top. We actually custom paint every single one. We take the casket completely apart, and we paint the hardware, we paint the bars,” Ganem told CNN. “The class and the passion that we put into these is bar none.”

While he has received a few donations, Ganem says his company has paid for nearly everything. “I didn’t even think twice when I was asked to do it,” he adds, “and God always takes care of us.”

Ganem says he first felt inspired to make custom caskets following the death of a friend, and started his business about 11 years ago.

He says he’s since made caskets for victims of the Sutherland Springs and Las Vegas mass shootings, for murdered US Army soldier Vanessa Guillén and singers Christina Grimmie and Percy Sledge.