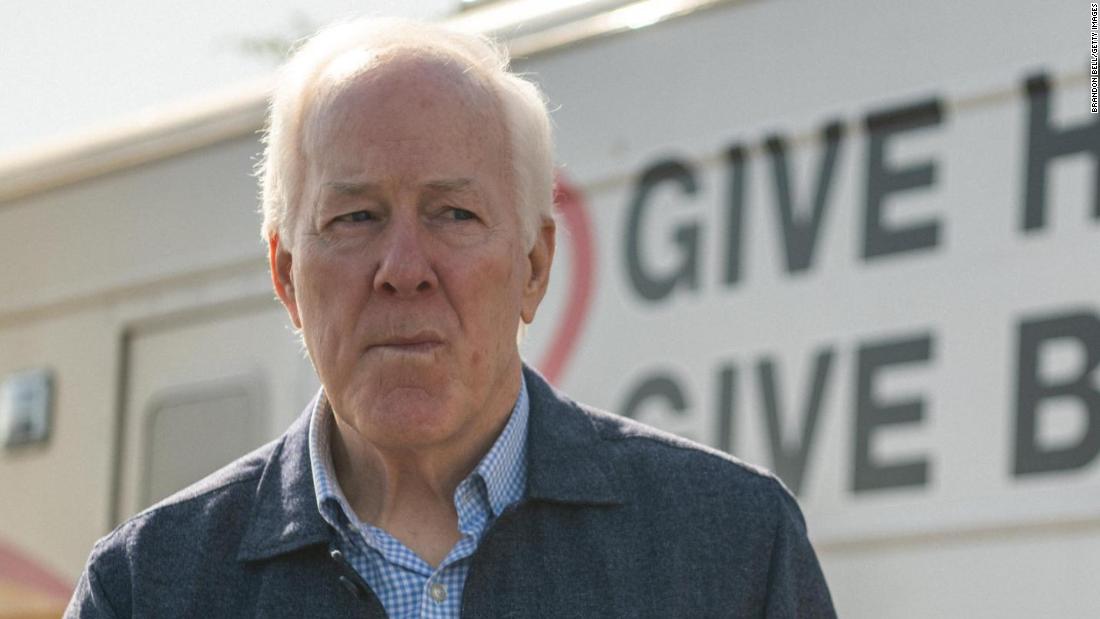 The Senate is not in session this week during the Memorial Day recess period, but lawmakers plan to meet remotely. Republican Sen. John Cornyn told reporters in his home state of Texas on Monday that the group of senators will be meeting on Tuesday over Zoom “to try to see if we can agree on a basic framework about how we go forward.”

The Texas Republican has been tapped by Senate Minority Leader Mitch McConnell to engage in bipartisan talks on gun reform. Cornyn said Monday that many issues on gun reform should be discussed at the state level, but that he does believe “there are some things we need to do, and I think we can do, at the national level.”

“I mentioned access to mental health treatment and diagnosis is absolutely critical,” Cornyn said, adding that Covid-19 had isolated many young people during “an important period of social development.”

He also said background checks have to be a national conversation as well. Cornyn noted other possible “limitations under federal law of what sort of firearms you can buy and own and maintain, if you have a criminal or mental health record,” and said, “we’ll be looking at all of that.”

It is far from clear that the bipartisan effort will amount to anything given the highly polarized political environment. Entrenched partisan divisions have resulted in a stalemate over gun policy in Washington for years.

Most legislation requires 60 votes to overcome a filibuster in the Senate. As a result, Senate Democrats, who only control 50 seats, would need at least 10 Republicans to pass any kind of gun measure.

But lawmakers are under intense pressure to take action in the aftermath of the elementary school shooting, which has shocked the nation and led to a massive public outcry.

A gunman fatally shot 19 children and two adults at Uvalde’s Robb Elementary School on May 24. The horrific event is the deadliest shooting at a school since the Sandy Hook massacre in Connecticut in 2012.

The Texas school shooting led to immediate calls from Democratic lawmakers for gun control measures. Some of the measures Democrats have called for include expanded background check bills and red flag laws, which can allow law enforcement or family members to petition for a court order to temporarily take guns away from an individual deemed to be at significant risk of hurting themselves or others by having a firearm.

Lawmakers on both sides of the aisle have expressed optimism there may be a chance at finding common ground, but it is not yet clear if there will be a policy solution that Democrats and Republicans can agree on given widespread opposition from many within the GOP to stricter gun control.

Cornyn said that in the negotiations he will “try to lean forward and meet my colleagues across the aisle halfway.”

“One thing I hope does not happen is that the various parties sort of fall back into their typical talking points,” he added. “I hope we will try to look in a clear-eyed way at what happened, and ask this question — what can we do to fix this problem? And if we can’t fix it, what can we do to make it better?”