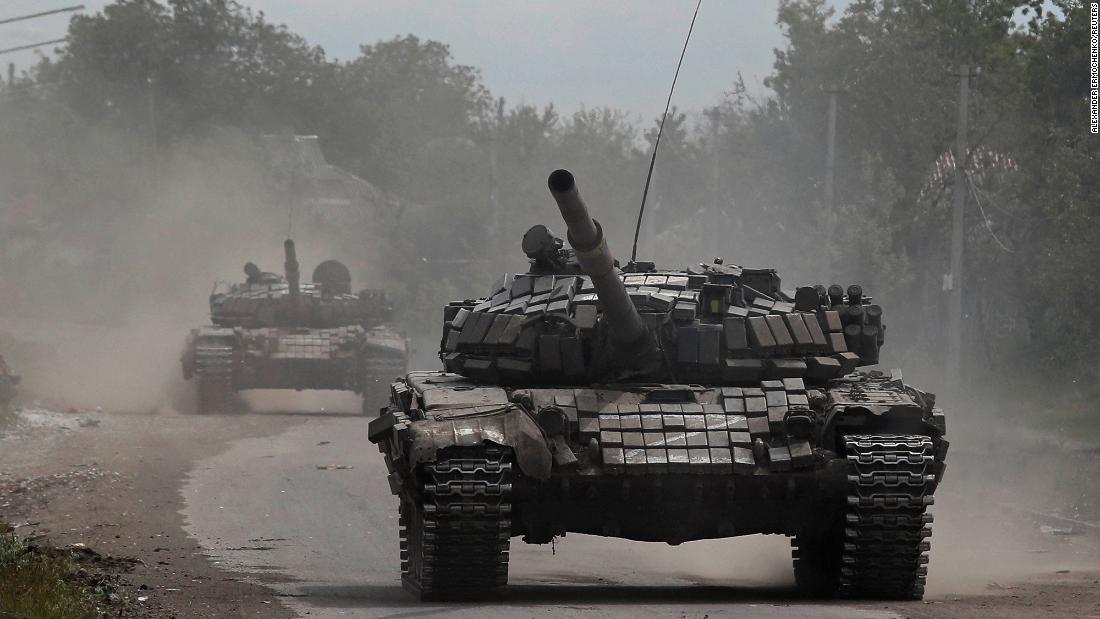 European Union officials are renewing efforts to agree on a Russian oil embargo on Monday, after a difficult weekend of talks ended in deadlock and delayed a sixth round of European sanctions against Moscow.

The EU’s 27 ambassadors failed to find an agreement on Sunday night, an official told journalists in Brussels, but talks continued on Monday ahead of an extraordinary meeting of European leaders later in the day.

The bloc has repeatedly struggled to get countries including Hungary on side when negotiating Russian sanctions, and Hungarian Prime Minister Viktor Orban has for weeks resisted the possibility of banning the import of Russian oil.

“I think what I’ve seen in the room is that there is a willingness from all member states to work on oil and to ban oil from European markets,” an EU official told reporters Sunday.

“The question is, how to do it and how to cater for national specificities since some member states are more dependent on this than others.”

“If you target oil, you have certain countries that are 100% dependent on Russian oil, and the phase out is quite a challenge. So, this is what you need to fine tune,” the official said.

‘Difficult’ negotiations: In a separate briefing, a senior diplomat from an EU country told journalists that the technicalities of an oil embargo were “extremely difficult” to solve. And countries like Hungary, Croatia, Bulgaria, the Czech Republic and Slovakia were still seeking assurances over security of supply issues.

The senior EU diplomat also explained that, given the complexity of the oil sector across Europe, the EU has to “be very careful in the crafting of legislation and conclusions” in order to preserve the level-playing-field of the EU’s internal market.

The diplomat expected the issue of oil and the sixth round of sanctions to be discussed by leaders at the extraordinary European Council (EUCO) meeting Monday, but didn’t think the heads of state and government would be able to solve technical issues.

“I think we are now in the last stretch of trying to get this done,” they added.

Where Hungary stands: While Orban ultimately agreed to the EU’s previous rounds of sanctions against Russia, he has repeatedly said he would not support a ban on Russian oil and gas.

“While we condemn Russia’s armed offensive and we also condemn the war, we will not allow Hungarian families to be made to pay the price of the war; and so the sanctions must not be extended to the areas of oil and gas,” Orban said in a statement following bilateral talks in London with British Prime Minister Boris Johnson in March.

That position was a central plank in Orban’s campaign for re-election, which he secured in a poll in April. Hungary is heavily dependent on Russian energy and Orban has declined to condemn Putin’s invasion as unambiguously as most of his colleagues on the continent.

But there is growing frustration in Europe with his stance.

“Intense talks are ongoing” on a Russian oil embargo, German Vice Chancellor and Federal Minister for Economic Affairs Robert Habeck told CNN on Friday. But “the question is whether Viktor Orban, Hungary, [is] willing to stay in the solidarity of Europe and the transatlantic partnership, and right now it does not seem this way.”