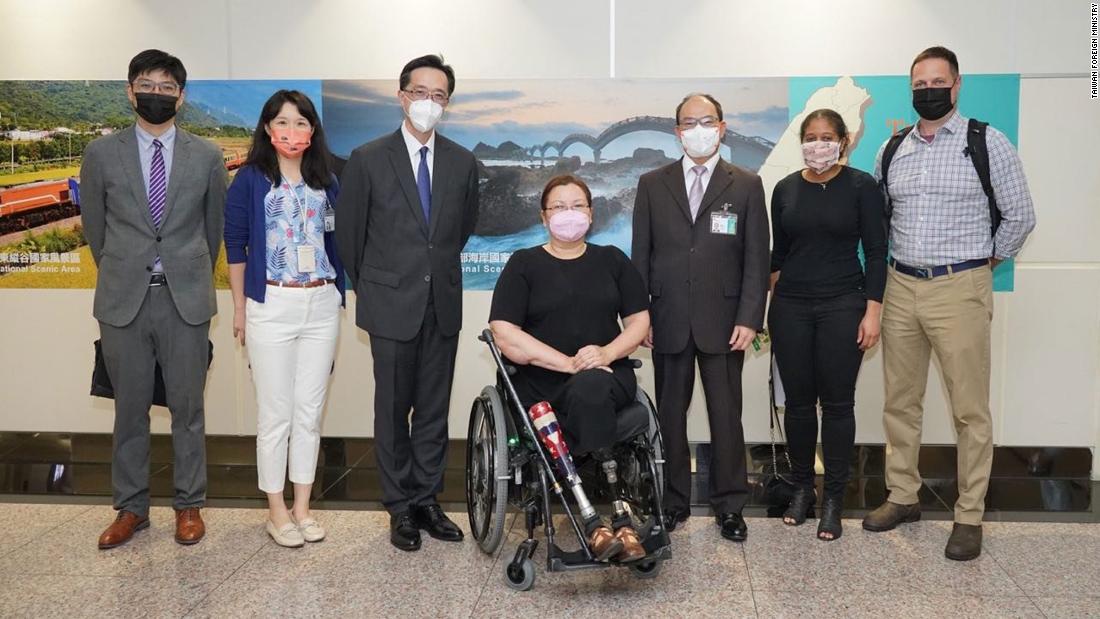 The delegation will meet with Taiwan’s President Tsai Ing-wen on Tuesday, where they will discuss “regional security, economic and trade cooperation, and all issues related to US-Taiwan bilateral relations,” presidential spokesperson Xavier Chang said.

During their visit, the delegation will also meet Premier Su Tseng-chang and Economic Affairs Minister Wang Mei-hua, before departing on Wednesday.

Earlier this month, during a news conference in Tokyo, Biden said that the United States would intervene militarily if China attempts to take Taiwan by force. The warning appeared to deviate from the deliberate ambiguity traditionally held by Washington, though the White House quickly downplayed the comments, saying they don’t reflect a change in US policy.

Under the “One China” policy, the US acknowledges China’s position that Taiwan is part of China, but has never officially recognized Beijing’s claim to the self-governing island of 23 million. The US provides Taiwan defensive weapons, but has remained intentionally ambiguous on whether it would intervene militarily in the event of a Chinese attack.

China responded to the President’s strong warning by expressing “strong dissatisfaction and firm opposition” to Biden’s comments, saying it will not allow any external force to interfere in its “internal affairs.”

Biden’s warning made headlines around the world — and put growing tensions between the small democratic island and its neighboring autocratic superpower back in the spotlight.

On Monday, Taiwan’s Ministry of National Defense said 30 Chinese warplanes made incursions into its air defense identification zone, or ADIZ, the highest daily figure in more than four months. In response, the Taiwanese military issued radio warnings and deployed air defense missile systems to monitor the activities, the ministry added.

Taiwan was excluded from the Indo-Pacific Economic Framework, a regional economic plan recently unveiled by Biden during his Asia trip. The framework is Biden’s attempt at engaging a region increasingly coming under the influence of China.

But Taiwan and the United States could begin talks to deepen trade and economic ties “in a few weeks,” two senior Taiwanese government officials have told CNN.

Duckworth’s visit follows her trip to Taipei in June 2021 when she announced that the US will donate 750,000 Covid-19 vaccines to Taiwan, when there was a lack of vaccines while local infections were on the rise.

“I will continue working to support the people of Taiwan and make sure they get what they need to reach the other side of this pandemic,” Duckworth said in a statement discussing that trip.

CNN has reached out to Duckworth’s office to ask for comment on the senator’s current visit to Taiwan.

“Honored to be in #Taiwan where freedom reigns,” Graham tweeted at the time. “The courageous people of Taiwan are great allies of the United States and a beacon of freedom in a troubled region.”

CNN’s Kevin Liptak and Jessie Yeung contributed to this report.