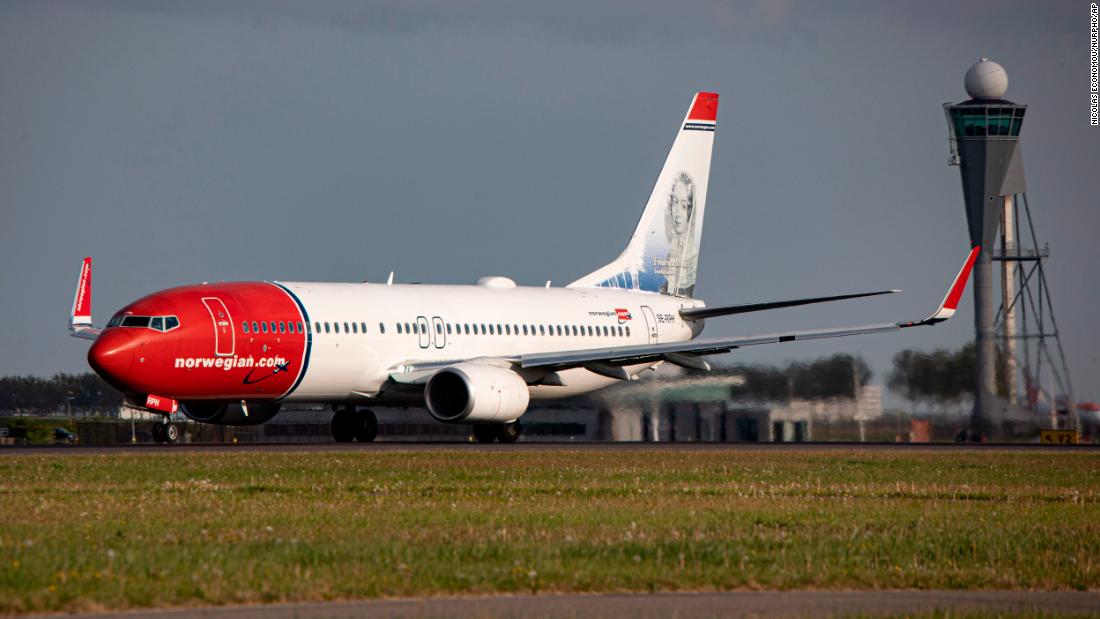 The deal is a boost for Boeing (BA), anchoring long-standing customer Norwegian to the US plane maker after the Oslo-based airline earlier this year said it would consider switching to rival Airbus (EADSF).

For Norwegian, the deal marks a return to aircraft ownership after it was forced to resort to leasing deals during bankruptcy proceedings that rescued the company last year.

The deal includes compensation to Norwegian as settlement for previous disputes over Max and Dreamliner aircraft deliveries and technical issues, triggering a financial gain of 2 billion Norwegian crowns ($212.2 million), the airline said.

Norwegian’s shares jumped 8.4% by 0857 GMT, outperforming a 0.3% gain in Oslo’s benchmark index. The shares have now risen about 12% since the airline was recapitalized a year ago.

The conflict with Boeing was the sole issue that had not been resolved during last year’s restructuring of the airline, Norwegian Air Chief Executive Geir Karlsen told Reuters.

“This was the final piece of the puzzle … it will terminate the lawsuits,” Karlsen said.

The financial gain will be booked as soon as a deal is signed, expected by the end of June, boosting the airline’s equity.

The first 50 aircraft will be delivered between 2025 and 2028, corresponding to current lease expirations, resulting in a limited net increase of the company’s current fleet.

“This is a landmark deal that sets out a path whereby Norwegian will own a large share of its fleet,” board Chair Svein Harald Oeygard said.

“This will result in lower all-in costs and increased financial robustness, enabling us to further solidify our Nordic stronghold.”

Norwegian in February told Reuters it was considering a switch to Airbus unless ongoing litigation with Boeing over previous aircraft cancellations was resolved in a timely fashion.

The deal with Norwegian is Boeing’s second major European order in recent weeks for Max aircraft following a deal with airlines giant IAG.