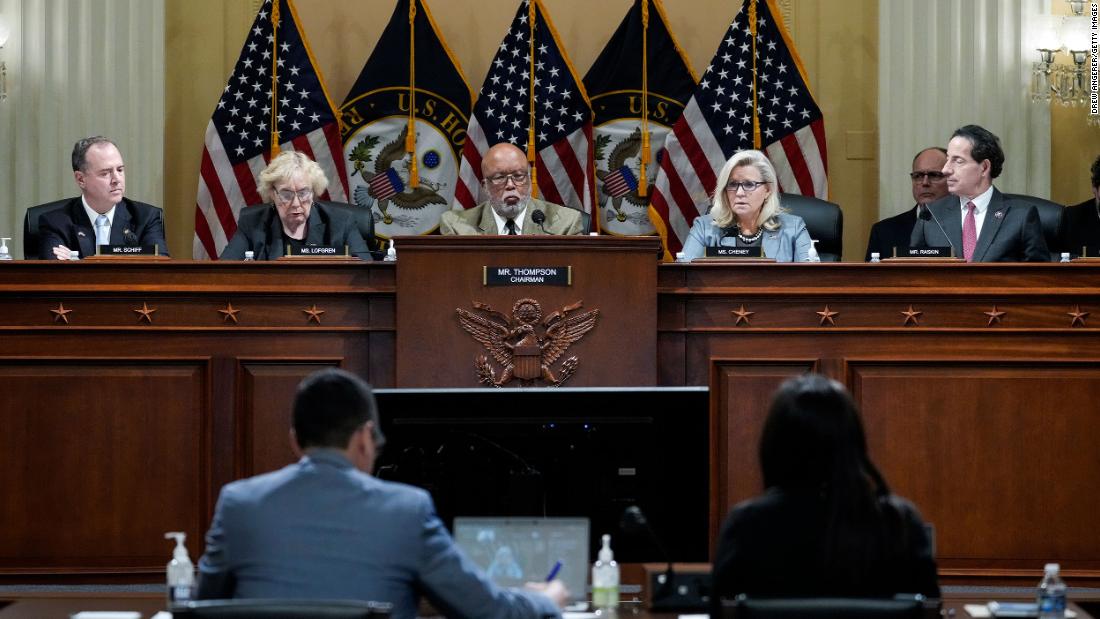 But there’s another potential blockbuster coming that I hope eclipses the audience for “Top Gun”: I’m talking about the January 6 committee public hearings, set to premiere on June 9. Just look at the advance buzz:
And while “Top Gun” was just one film, the January 6 committee hearings are expected to be an eight-episode extravaganza. Some installments are even scheduled to air in prime time.

There are obviously big differences between the two attractions, starting with the degree of star power. In the “Top Gun” sequel, Cruise, who gets top billing, is joined by Hollywood A-listers Miles Teller and Jon Hamm.

But the roster of potential talent lined up for the January 6 hearings is not too shabby. The final cast has still not been locked in but could reportedly include a handful of former officials from the Department of Justice who Trump allegedly pressured for help in his failed bid to overturn the 2020 election. We might even see cameo appearances, via video clip, of previously recorded testimony by marquee players such as Donald Trump Jr. and Jared Kushner.

However, the key difference between the two dramas — and it’s not a small one — is that the only objective of the new “Top Gun” movie is to entertain.

The January 6 committee hearings, meanwhile, have the vitally important goal of making the case to the American public that Trump and key players in his entourage engaged in a behind-the-scenes effort to overthrow the 2020 election. And the proceedings aim to show that they may have had more than a bit part in the January 6 attack on the Capitol.
Now, we don’t truly know what to expect once the hearings begin. As with the “Top Gun” film that was kept secret from the public for nearly two years after its completion to allow shuttered theaters to reopen following the pandemic, January 6 committee staffers are working in secrecy on final edits before the big release date.
But if rumors swirling around the production are correct, the hearings will open with an overview of the panel’s 10-month investigation, then introduce the riveting storyline and a number of key players in the political melodrama.

Like a matinee that hasn’t opened yet, but which the audience has seen the trailer for, the public is hungry to know more about the coming attractions.

Will there be surprise appearances — maybe a cameo from someone such as former Vice President Mike Pence? And how will Donald Trump respond to allegations about his potential role in the drama, including reports this past week that he allegedly welcomed chants from January 6 protesters of “hang Mike Pence”?
Another riveting question is whether the Department of Justice will prosecute some or all of the figures implicated in the January 6 unrest — assuming the committee’s case is sufficiently compelling. And what if one of those individuals implicated happens to include the former President? Just a few weeks ago, the department requested witness transcripts from the committee, so federal prosecutors might be keeping their options open on that front.

If the January 6 hearings do lead to the criminal prosecution of Trump, that could of course lead to a blockbuster that will blow the current attraction out of the water. It would be a sequel even bigger than the original “Trump on Trial” miniseries — his two impeachments. And who knows? Down the road, a future spinoff of Trump’s hit network reality show might be called “The Apprentice: Rikers Island edition.”

It’s been more than 500 days since the January 6 attack on our Capitol to prevent the peaceful transfer of power. I’m reminded of one of the most famous lines from the original “Top Gun,” when the two main protagonists, Maverick and Goose, declared: “I feel the need … the need for speed.” From where I sit, it’s no longer about speed. I desperately “feel the need … the need for justice.”

If the January 6 committee hearings can help achieve that, it will truly be the biggest blockbuster of this summer.