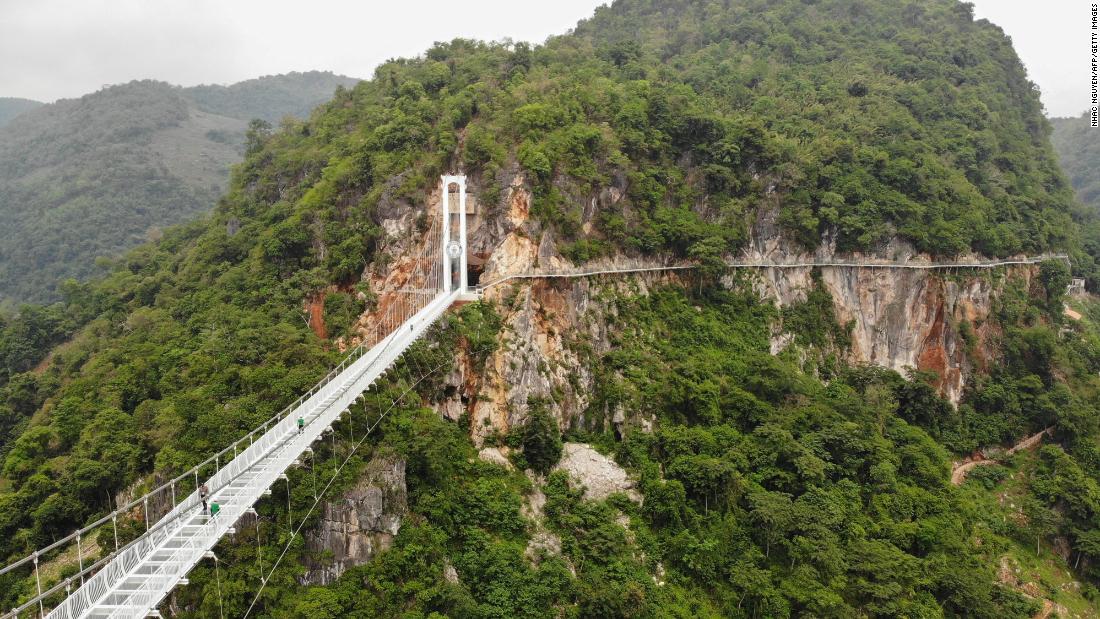 (CNN) — A glass-bottomed walkway in Vietnam, which opened to much public fanfare in April, has been declared the world’s longest bridge of its kind by Guinness World Records.

The previous record for world’s longest glass-bottomed bridge was held by a structure measuring 1,726 feet in length in Guangdong, China.

Suspended approximately 492 feet above ground and measuring 2,073 feet in length, the glass bridge was a joint collaboration between local tourism authorities and a French construction company to revive tourism, badly hit by the global pandemic when the country shut its borders to international visitors.

It is said to be strong enough to support up to 450 people at a time. An SUV was recently driven over it to test its strength.

Guinness World Records officials certified the bridge over the weekend, local media outlets reported.
It is the third glass bridge to be built in Vietnam. In 2018, another spectacular mountain footbridge, held up by a pair of enormous stone hands, made global headlines after it opened in the Ba Na Hills area in Central Vietnam.