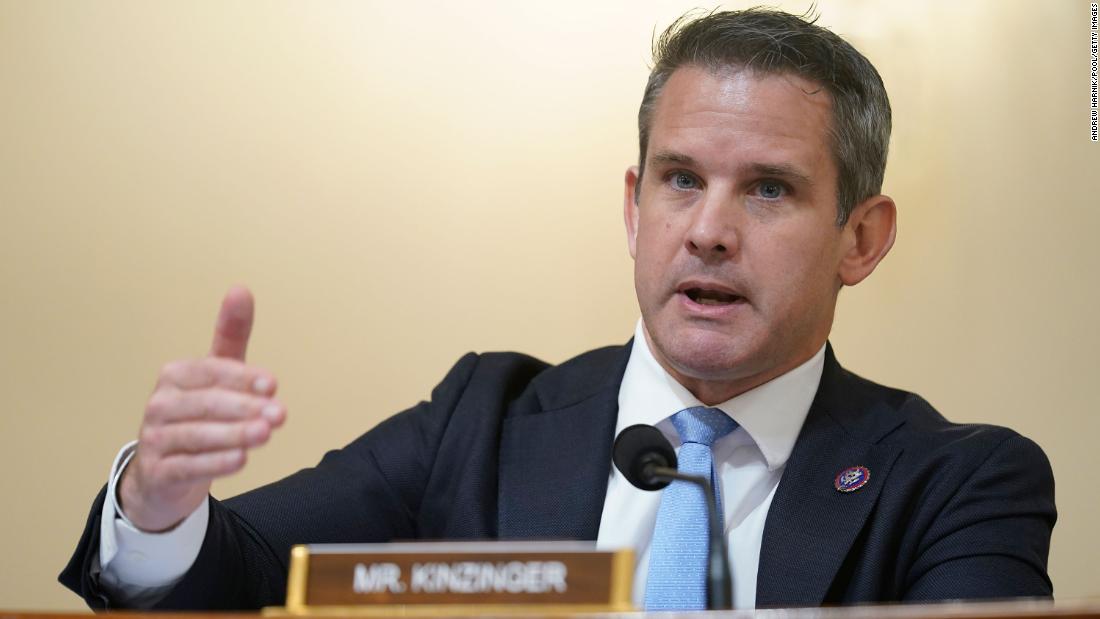 “Look, I have opposed a ban, you know, fairly recently. I think I’m open to a ban now. It’s going to depend on what it looks like because there’s a lot of nuances on what constitutes, you know, certain things,” Kinzinger told CNN’s Dana Bash on “State of the Union” when asked if he still opposed “a ban on the kind of assault weapons that were used in the shooting.”

Kinzinger noted that an “extra license,” or “extra training” may be required to own such weapons. But he said it was up to those who support the Second Amendment, like himself, to also be offering solutions to the discussion.

“We have to be coming to the table with ways to mitigate 18-year-olds buying these guns and walking into schools — my side’s not doing that,” said the congressman, who’s not running for reelection in the fall. “My side is not coming forward with reasonable ways to defend an amendment that we think is very important. And so I’m looking at this going, ‘Fine, if people are going to put forward solutions about certifying maybe who can buy an assault weapon, I’m certainly open to that.'”

Gun safety proposals are getting renewed attention in the wake of two back-to-back mass shootings in the US, including the Texas massacre, in which an 18-year-old killed 19 children and two teachers at Robb Elementary School in Uvalde. And earlier this month, 10 people were killed in a racist mass shooting at a supermarket in Buffalo, New York.

Kinzinger supports an assortment of such measures, including universal background checks,”red flag” laws and raising the age for those who want to buy high-capacity magazines. He said his position on the matter evolved after the 2017 Las Vegas mass shooting, which left 58 people dead.

“At that point it’s like, ‘OK, this is getting out of hand,'” Kinzinger told Bash. “The problem is everyone is scared to inaction. They’re frightened of the loudest voices. And 90% of Americans are begging that we do something.”

Meanwhile, Republican Rep. Dan Crenshaw of Texas vocalized his opposition to certain gun overhaul proposals being floated, including background checks, red flag law, and changes to age restrictions, during a separate appearance on “State of the Union.” Instead, he advocated stronger security measures in schools.

“I think what needs to change is the things that would have the most immediate and succinct effect, and tangible effect on these things. And that’s actual security at a school,” he said.

Pressed by Bash on whether greater school security and gun reform are mutually exclusive to him, Crenshaw said that gun control measures “probably wouldn’t have the outcome that you’re looking for” and would “infringe on the rights of millions and millions of gun owners,” whereas additional security would be “fairly easy to afford.”

However, Crenshaw acknowledged earlier in the interview that law enforcement officials on the scene in Uvalde did not follow protocol and aid students.

“Now, I know better than most not to necessarily judge the person who’s walking through the breach, and is in that moment, in the arena. But it does seem clear that protocols were not followed,” he said.

While the gunman was inside adjoining classrooms, a group of 19 law enforcement officers stood outside the classroom in the school for roughly 50 minutes as they waited for room keys and tactical equipment, CNN has reported. Meanwhile, children inside the classroom repeatedly called 911 and pleaded for help, Texas officials have said.