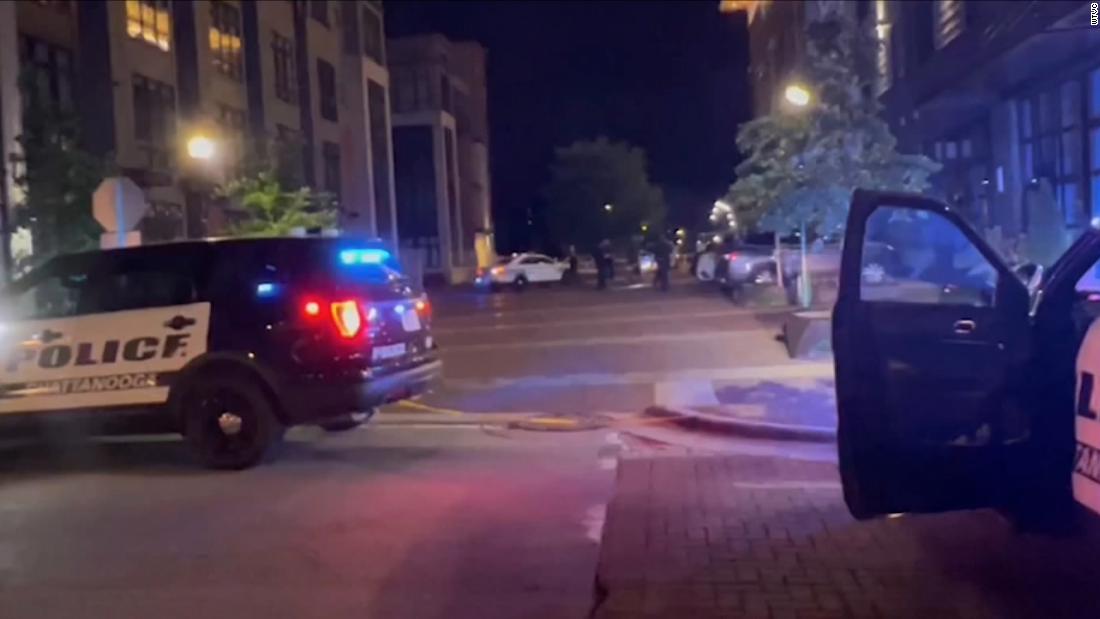 Officers patrolling the area heard gunshots just after 11:45 p.m. near the area of 100 Cherry Street and arrived at a scene of “multiple parties exchanging gunfire and numerous people fleeing the area,” said police.

Multiple gunshot victims were taken to a hospital for treatment, said police Sgt. Jeremy Eames, but he didn’t specify how many people were injured.

“I don’t have ages or a status on the victims,” said Eames. “However most of them will be teenagers to early 20’s. We had large groups of juveniles walking around the downtown area this date and we believe it’s from within that group that the shooting took place.”

Police said they’ve detained at least one person in relation to the gunfire.

The location of the shooting is less than a mile from the Tennessee Aquarium and the city’s waterfront.