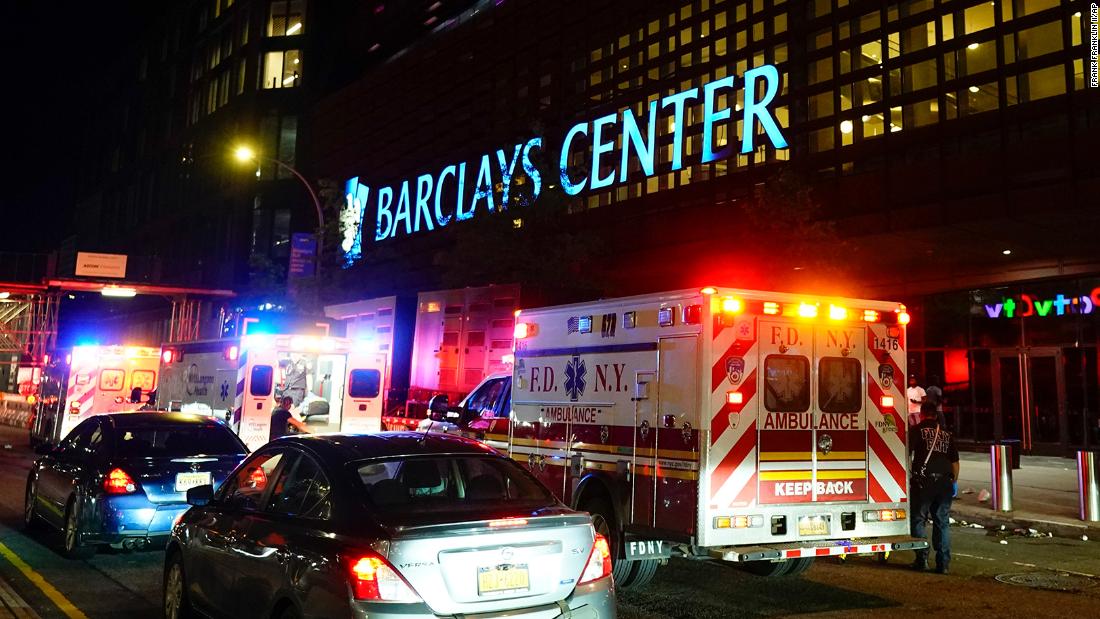 “After investigating the incident at the Barclays Center this morning, we determined that no shots were fired,” the NYPD 78th Precinct, which serves the Park Slope section of Brooklyn, said in a tweet on Sunday.

An NYPD spokesman told CNN there was a “sound disturbance” at the indoor arena that people mistook for gunfire. Ten people suffered minor injuries and were sent to hospitals, said police.

The disturbance followed a boxing match between Devonte Davis and Rolando Romero at the center, and comes as the nation remains on edge following recent mass shootings in Buffalo, New York, and Uvalde, Texas.

Osaka, who was at the event, said she was “petrified” when she saw the commotion.

“I was just in the Barclays center and suddenly I heard shouting and saw people running, then we were being yelled at that there was an active shooter and we had to huddle in a room and close the doors,” Osaka said on Twitter.

In a follow-up tweet, the four-time tennis Grand Slam champion said: “I really hope everyone made it out safely, since I’m tweeting this we made it out ok.”

NYPD Detective Adam Navarro told CNN in a phone call that there was no shooting at the Barclays Center. Rather, Navarro said, it was a “sound disturbance” that caused people to panic and run.