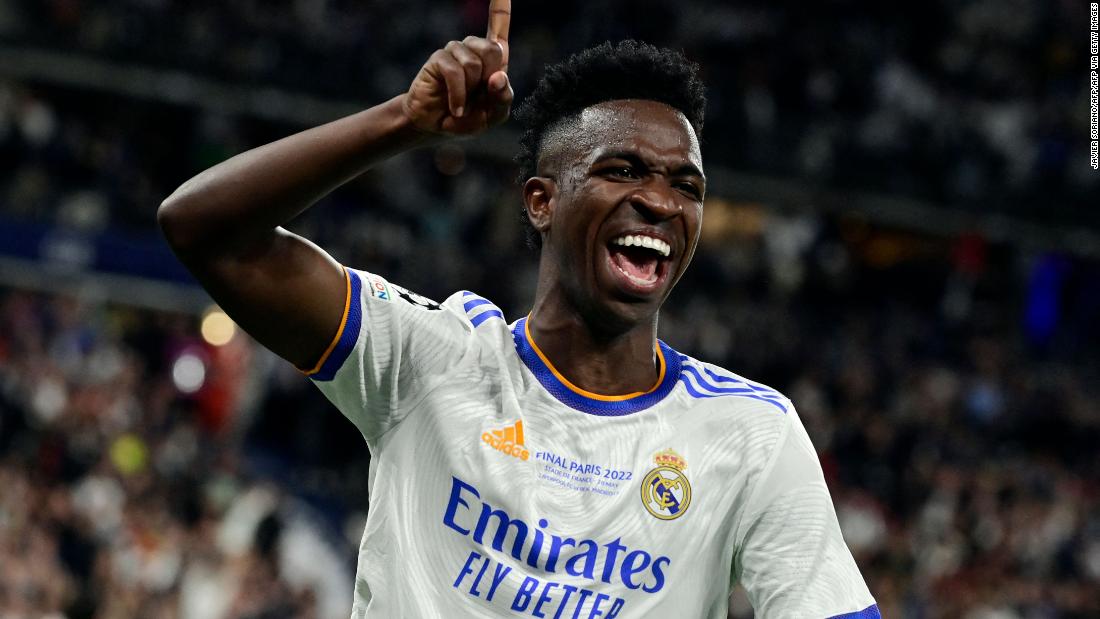 No matter how perilous the situation seems, no matter how unlikely victory appears, the team in white always seems to find a way to win.

There was no comeback this time, as there had been against Paris Saint-Germain, Chelsea and Manchester City, but Real had to survive almost an entire game of Liverpool dominance.

The night, though, was unfortunately marred by security issues outside of the stadium, which led to fans clambering over gates and others being targeted by tear gas in scenes that will be spoken about for days to come.

For much of the match it wasn’t pretty; white shirts, it seemed, were constantly strewn across the penalty area as they desperately attempted to repel wave after wave of Liverpool attacks.

Chances were few and far between for Carlo Ancelotti’s side, but it only needed one. Vinicius Junior appeared completely unmarked at the far post on the hour mark to turn home Federico Valverde’s low cross and secure the 1-0 win and Real’s 14th European crown.

Real defender Nacho described what his team had done in the knockout stages of the Champions League as “magic” and many questioned whether those improbable escape acts were possible outside of the Bernabeu.

But doubt Real at your peril. This team always has another trick up its sleeve.

When the full time whistle went, Real’s bench erupted and emptied onto the pitch. Beside themselves with joy, some players sank to the floor and others ran to share the moment with their fans.

It was yet another night of trials and tribulations for Real in this season’s Champions League, but there is little anyone can do — even this remarkable Liverpool side — when Los Blancos seemingly have a date with destiny.