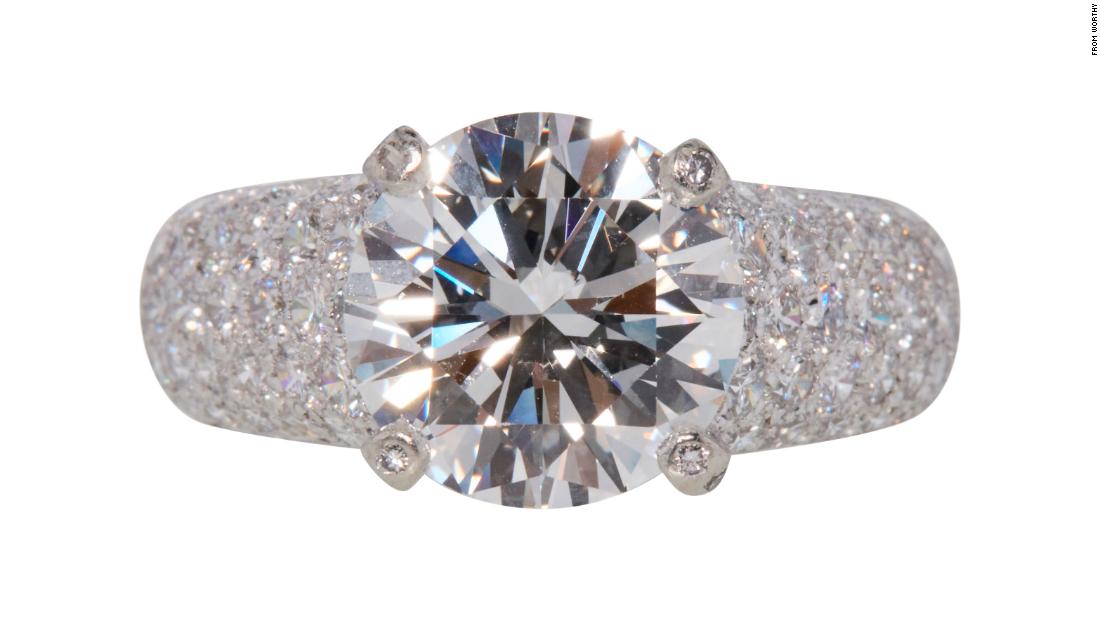 Moakler, 47, is a model, pageant winner, and actress. She has appeared on reality TV shows like “Bridalplasty” and “Celebrity Big Brother.” Moakler and Barker married in 2004 and showed their home lives to the world in a reality TV show called “Meet the Barkers,” but divorced in 2008. They share two children, Landon Asher Barker and daughter Alabama Luella Barker.

Moakler is selling the eye-popping ring on Worthy, an online jewelry resale platform. The Cartier ring is platinum and features a central 4.01-carat solitaire-cut diamond surrounded by smaller 1.04-carat stones, says Worthy. The bidding is up to $70,000 as of Saturday.
In an exclusive interview with Us Weekly, Moakler said that while the piece was her “dream ring” at the time, “that chapter of my life is over.” She said that she hopes the ring sells for a total of $120,000.
Barker and Kardashian have celebrated their nuptials multiple times in the past weeks after first announcing their engagement in October. They had a nonbinding ceremony in Las Vegas in April, were legally married in California, and then jetted off to Portofino, Italy, for a destination wedding on May 22.