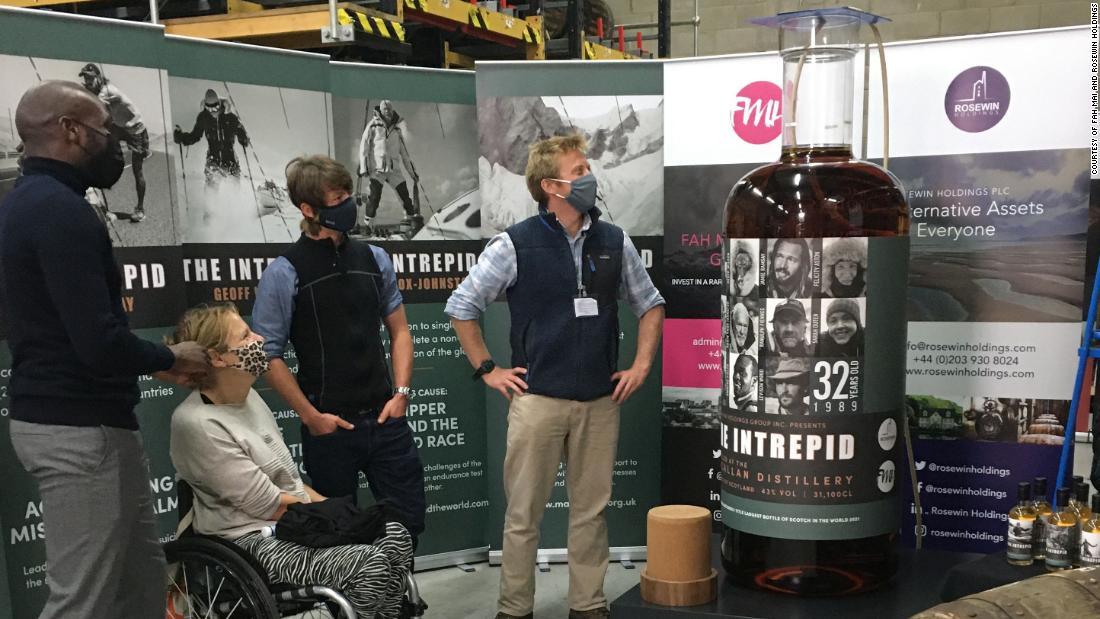 Written by By Zoe Sottile, CNN

The world’s largest bottle of whiskey, called “The Intrepid,” has sold for about $1.4 million, according to the auction house Lyon and Turnbull.
The bottle, standing 5 feet 11 inches, was given the Guinness World Record in September 2021. It contains 82.16 US gallons, or 311 liters. That’s the equivalent of 444 standard bottles — enough for 5,287 whiskey sours made with 2 ounces of whiskey each.

The liquor is a 1989 Macallan single malt that spent 32 years maturing in oak casks at Macallan’s Scotland distillery before being bottled in 2021. It is pale gold and has a sweet taste with notes of apple, says the auction house.

The record-breaking bottle from Fah Mai and Rosewin Holdings was auctioned by Lyon and Turnbull. Credit: Lyon & Turnbull

It was sold Wednesday to an international collector, according to Lyon and Turnbull.

The Intrepid project was created as a collaboration between Fah Mai, a Thailand-based investment company, and Rosewin Holdings, a London-based firm, which invest in whiskey and other spirits.

The project’s founder, Daniel Monk, was inspired by his father’s “passion for adventure, exploration,” says the auction house. The label on the bottle features 11 explorers, including Ranulph Fiennes and Robin Knox-Johnston.

The huge bottle is not the most expensive container of whiskey ever sold. That honor goes to a 60-year old Macallan sold for $1.53 million in 2018.