A Texas School. A Buffalo Store. The Toll of Gun Violence Mounts in the U.S. 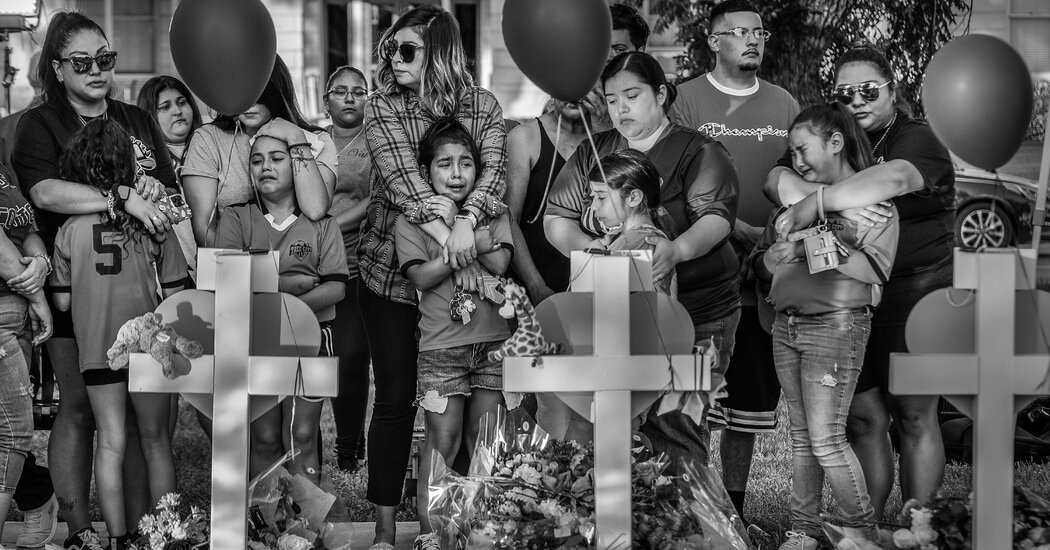 States around the country have made halting but commendable progress in passing sensible gun safety measures — red flag laws, background checks and age of purchase requirements. They face stiff headwinds. A federal court this month struck down a California law that set the age limit for purchasing semiautomatic weapons at 21. But the legislature is now considering other promising bills that would limit the advertising of certain guns to children and allow Californians to sue gun makers. Anything that introduces friction into the system of gun acquisition is to the good.

In New York this week, a federal judge tossed out a challenge from gun groups to a law that allows civil lawsuits against companies that have endangered public safety. And Gov. Kathy Hochul called on the legislature to raise the age limit to purchase some assault weapons to 21. The shooter in Texas waited until his 18th birthday to buy a pair of assault weapons and hundreds of rounds of ammunition.

In Washington, D.C., there is talk that Republican and Democratic lawmakers might make a deal on some type of national red flag law, which would allow the police to take guns away from people judged to be an imminent danger to themselves or others.

Senator Chris Murphy, Democrat of Connecticut, has been leading a bipartisan group of senators that is considering establishing a more comprehensive federal background check system, a reform supported by 88 percent of Americans.

We have seen these bipartisan efforts on gun safety measures come and go without results. Still, in the face of Republican intransigence, Democrats — Mr. Biden, in particular — should do whatever they can. Senator Murphy, who has led the charge for tougher gun regulations since Sandy Hook, put it well on the floor of the Senate this past week:

“What are we doing?” he asked his colleagues. “Why do you go through all the hassle of getting this job, of putting yourself in a position of authority” he wondered, if the answer is to do nothing “as the slaughter increases, as our kids run for their lives?”

It’s a question that speaks to the Senate directly and the entire system of American government more broadly. Yes, the country’s democratic system represents the diversity of views in this country on guns. But as currently structured, Congress is fundamentally unresponsive to the needs of its most vulnerable citizens and has been corrupted by powerful interest groups, allowing those groups to block even modest changes that the vast majority of Americans support.

We Americans all share this vast country and need to figure out how to make it better and keep one another alive and thriving. Right now, we’re failing at that primary responsibility. There are glimmers of hope, especially at the state level, that things are changing. But even there, progress is agonizingly slow and won’t be enough for the hundreds of Americans who will be shot today and tomorrow and every day until action is taken.