America Kills Its Enemies in Our Name. And Then Keeps It Secret. 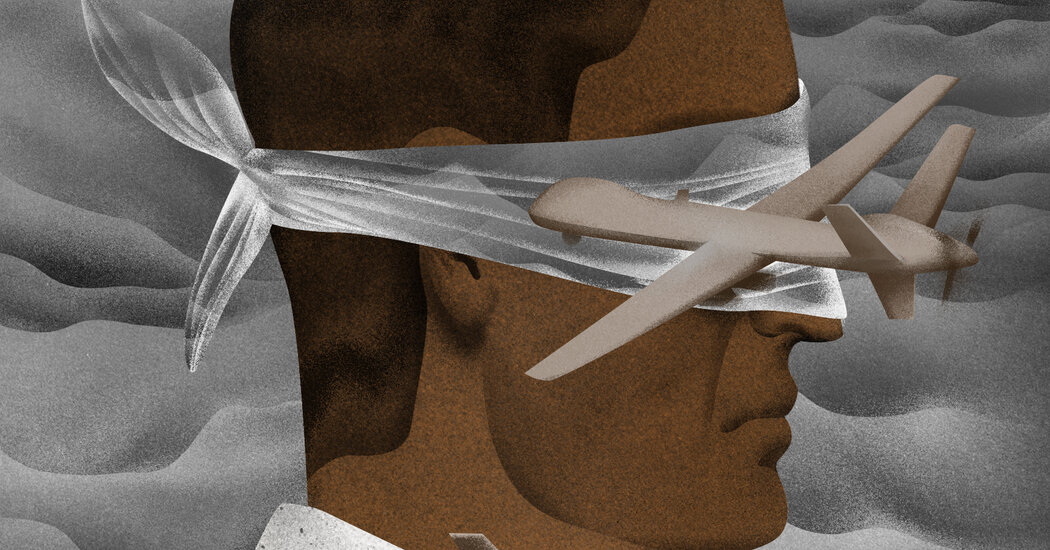 One of the many strange things about being an American citizen these days is that there’s a whole lot of killing done in our name that our government deliberately keeps secret. Friends of mine, back from Iraq or Afghanistan, used to respond to people asking the inappropriate question veterans always get, “Did you kill anyone?” with the sharp-elbowed response, “If I did, you paid me to do it” — a rough reminder of the link between the military and the citizens they represent. But back then, the actions of our military were much more visible. What does it mean to be a citizen of a state that kills for you but that doesn’t tell you about it? Are you still responsible?

When I was a public affairs officer in the Marine Corps from 2005 to 2009, back during the era of massive antiwar protests, an activist group taking out a full-page ad in The New York Times to attack the credibility of a U.S. general led to spirited debates about everything from the morality of the war to the wisdom of its strategy. The main efforts of the American military in this period were conducted in the open, and my job entailed courting journalists to embed with our units to see what they were doing.

This relative openness meant the war provoked messy debate, political grandstanding, lies and hypocrisy and ill-informed analysis on cable news, and other byproducts of democracy. It also meant that the George W. Bush administration had to explain and defend its policies, which meant that I knew what we were supposed to be fighting for, what success was meant to look like, and why we were there. It meant political pressure brought to bear on U.S. policymaking to keep it tethered to the will of the American people.

But the nature of war shifted, for political and military reasons. One way of describing the change is to look at the pace of American Special Operations. In the spring of 2004 the Joint Special Operations Command was conducting about six operations a month in Iraq. By the summer of 2006 it was doing 300. This didn’t happen by sending the Navy SEALs to the gym to work on their run time, but by rehauling the whole process of finding targets, fixing them in place, finishing them, exploiting and analyzing the intelligence collected, and then disseminating that intelligence to the agencies and commands able to most rapidly act on it. It was this capability that former Secretary of Defense Robert M. Gates claimed in 2011 fused “intelligence and operations in a way that just, I think, is unique in anybody’s history.”

When Americans think about the killing we do overseas, we often think about the mechanism. A drone delivering a bomb strikes us as a bit creepy. A member of the Navy SEALs bursting into a bad guy’s compound strikes us as heroic. But the SEALs and the drone are just tools — the flat head or Phillips head screwdriver at the end of the targeting system. And the initial parts of that system can be offered to other countries, like Ukraine, which do the killing themselves. (In a press briefing on May 5, the Pentagon press secretary, John Kirby, distanced the United States only slightly from the killing of Russian generals: “We do not provide intelligence on the location of senior military leaders on the battlefield or participate in the targeting decisions of the Ukrainian military,” he said, but he freely admitted we provide Ukraine with relevant intelligence.)