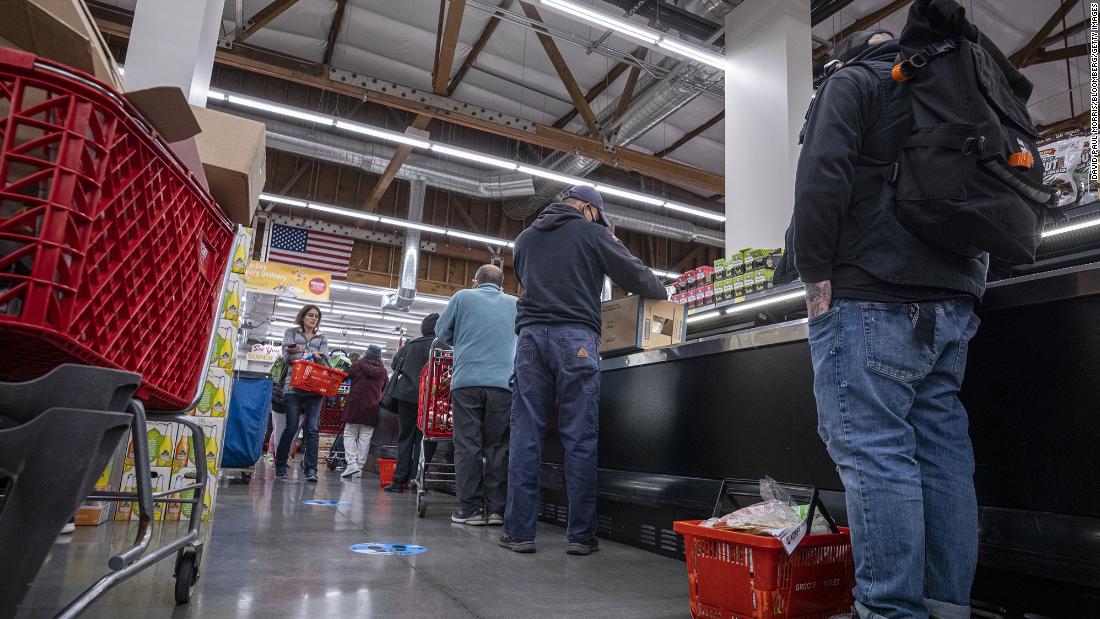 Economists, the Federal Reserve, the Biden administration and the American people were all hopeful that March would prove to be the peak of the pandemic price hikes. The April inflation reports suggest that might indeed be the case, even though one month may not be enough to conclusively call the end to the trend.
The price index measuring Personal Consumption Expenditures rose by 6.3% year over year in April, the Commerce Department reported Friday. It was a decrease from March, when prices rose by 6.6%, and the first slowing of price hikes since November 2020.

President Joe Biden called the data a “sign of progress,” but noted that “inflation is still too high and Putin’s price hike continues to impact food and energy prices. There is more work to do and tackling inflation is my top economic priority,” according to a statement released Friday.

Energy prices rose 30.4% over the year, while food prices climbed 10%.

Stripping out more volatile items like food and energy, core PCE inflation, which is the Federal Reserve’s preferred measure of consumer prices, rose by 4.9% over the same period, down from 5.2% recorded in March.

Between March and April, prices increased by 0.2% — a sharp slowing from the 0.9% jump in the month before. Core prices rose by 0.3%, flat from the prior report.

Keeping up with rising prices

While costs rose, Americans kept reaching into their pockets: Consumer spending rose by 0.9%, even though that was a slowdown from March.

The tight labor market is the main reason people can afford to keep spending in a high price environment.

“Having a steady paycheck is key and the still-tight job market assures that support. But high inflation is eating away at what one can buy,” said Jennifer Lee, senior economist at BMO Capital Markets.

Wages rose by 0.6%, though that was the slowest increase since January. So Americans supplemented with savings: The rate of savings as a percentage of disposable income fell to 4.4%, the lowest savings rate since September 2008.

Incomes rose by 0.4%, also slightly less than in the prior month, while after tax income rose by 0.3%.

For now, people might be able to keep up with rising prices, but the inflation burden has weighed heavily on consumers’ minds.

A final look at consumer sentiment data for May revealed a steep drop from the previous month, primarily driven by negative views on buying conditions and inflation, according to the monthly survey from the University of Michigan.

While inflation is still the boogeyman of the moment, survey respondents were less pessimistic about the future.

“Less than one quarter of consumers expected to be worse off financially a year from now,” said Joanne Hsu, director of the Michigan surveys of consumers.

“A stable outlook for personal finances may currently support consumer spending,” she added. “Still, persistently negative views of the economy may come to dominate personal factors in influencing consumer behavior in the future.”