'This is not the retirement I envisioned.' How retirees are getting hit by inflation 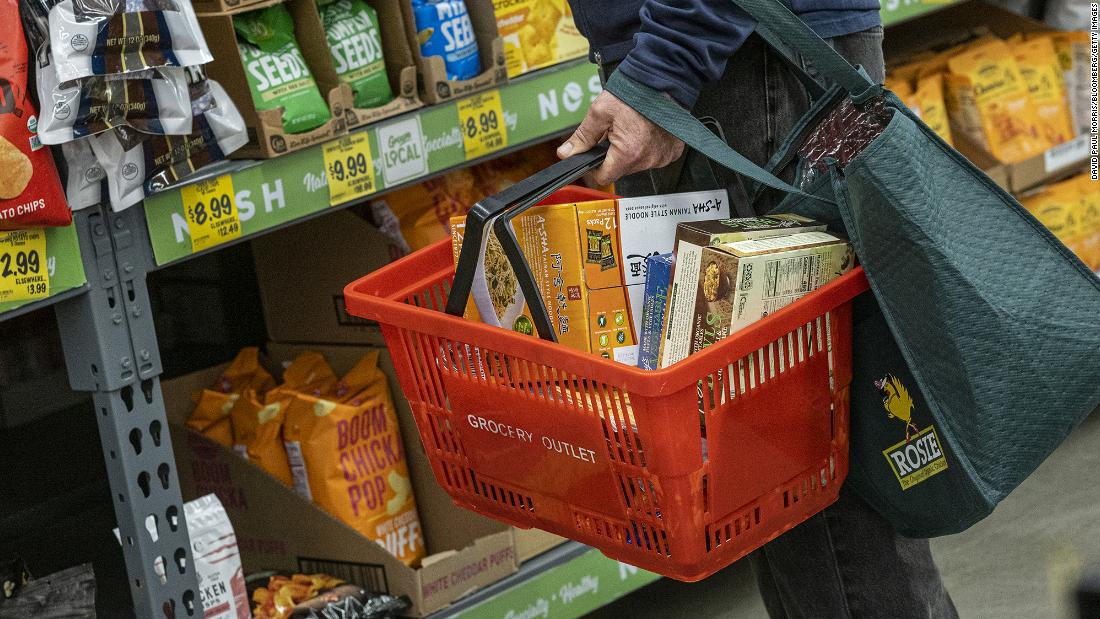 CNN Business spoke with several retirees about how they have been managing their spending as prices have risen. One common refrain was the shock of dealing with the huge jump in food prices — especially on meat, fruits and vegetables.

But of course, inflation’s reach goes far beyond the supermarket. Here’s how these retirees say they are coping.

If it weren’t for a local food bank truck that comes to her apartment building every two weeks, retiree Donna Lyons of Fort Collins, Colorado, said she might not have sufficient food for the month.

“I’m very, very reliant on [the food bank]. … It is a true blessing,” said Lyons, 67, who moved to Colorado from Pennsylvania in 2020 to be closer to her two children and grandchildren.

She gets by for now on her Social Security checks and the pension she receives for decades of work in secretarial and event-security roles in Pennsylvania’s education system.

But come September, her rent will be increased by $200 a month — a 14% jump over what she pays now. And Lyons estimates that at that point, after paying for rent, taxes, insurance, medications and utilities, she’ll only have $150 a month left over to pay for groceries and incidentals.

Given that her most recent monthly grocery bill alone was $187, she’s not sure how she’ll be able to stay in her apartment, since her savings are almost depleted. She’s been looking for less expensive housing in the area, she said, but hasn’t had any luck so far.

“I’ve thought about selling everything and going back to Pennsylvania, but I don’t want to leave my family,” Lyons said, adding that she’d been in the hospital recently and doesn’t know what she would have done without her kids’ help during that time.

Her expectations for retirement were very different than her present reality. “I didn’t expect the level of stress financially. I truly didn’t. I worked for 50 years. And I was a single parent, so savings weren’t exactly easy. I’m slowly eating through them just to survive.”

Retired teacher Marisa Flynn, 73, lives in a resident-owned mobile home park in Morgan Hill, California, in the southern part of Silicon Valley. She had run her own electrolysis business for years before starting a second career as a public school teacher. She receives both a pension and half of her ex-husband’s Social Security.

Flynn had thought she’d be okay financially in retirement but hadn’t realized her Social Security payments would be reduced by about $400 a month because of her teacher’s pension. And every time she gets a cost-of-living adjustment to her Social Security benefits a bigger chunk is deducted for Medicare, she said.

That wasn’t easy to manage before the pandemic and then inflation hit. But now she is feeling the strain like never before.

Her utility and gas costs have jumped significantly in the past year.

US gas prices recently reached an average of $4.60 a gallon, the highest on record. For April, the Bureau of Labor Statistics reported that energy prices, which include electricity and natural gas commonly used for heating and cooling homes, was up 30.3% year-over-year.

As a result, Flynn said she uses less heat and air conditioning. She also drives less, even to see her daughter and grandchildren who live 40 minutes away. “Before, I would just get in my car and not think about it.”

Getting her car washed for $20 is also out of the question — and it’s hard to do it herself because of California’s water use restrictions. She doesn’t eat out, has no internet and can’t afford the repairs her home needs, she said.

To help make ends meet, Flynn is substitute teaching two half-days a week, something she had done before the pandemic, but has now resumed even though it poses an increased health risk to her due to Covid.

She said she also receives Meals on Wheels and will occasionally go to a local senior center for a free lunch.

“This is not the retirement I envisioned. It is disheartening. The government always talks about helping families with children. Middle class elders feel forgotten and invisible,” Flynn said.

Like Lyons, Flynn has considered moving to a less expensive area, but she isn’t likely to do it because it would mean being farther from her daughter and grandchildren. “That would be sad for me.”

Not all retirees, of course, are struggling financially as a result of inflation, but it is nevertheless altering their behavior.

Arkansas City, Kansas, resident Richard Thomas, 73, prepared carefully for retirement during his career as a mechanic fabricating composite jet engine parts at Boeing. That preparation paid off, despite his getting a smaller-than-expected pension after the plant where he worked was bought out in 2005 and he was forced to retire earlier than he had anticipated.

Thomas said he owns his home outright and doesn’t carry credit card debt. “After my home was paid off I put a lot into savings and my 401(k). When I retired, I was in a fairly good place financially. It’s remarkable how far your money goes when you don’t owe anyone money,” he said.

Between their Social Security checks, his pension and an annuity they purchased, Thomas said he and his wife, Peggy, can cover all their monthly expenses with some left over. But that surplus is shrinking.

Thanks to inflation, “the padding in the financial ‘cushion’ I worked so hard to build up is starting to thin,” Thomas said. “It has forced us to make some changes.”

While the couple was never big on traveling, they now take even fewer trips. They also drive less — and more slowly — to conserve gas. That means fewer spontaneous drives to Wichita an hour away or dinners out in a town 30 miles away, he said.

Plans to buy a new car are also tabled. “The starting price for a new Jeep is $15,000 more than my house cost,” Thomas joked. (Technically, on an inflation-adjusted basis, the new Jeep still costs less, but not wildly less, than the 1997 purchase price Thomas said he paid for his home.)

While Thomas said he wishes the annual cost-of-living adjustments for Social Security were more in line with the actual price increases he sees, he recognizes the couple’s frugality and financial planning are helping him and his wife weather this inflationary chapter more easily than others.

“So far inflation isn’t a huge burden, but it is becoming cumbersome,” Thomas said.

Better off than most, but still cutting back

Jane Tanaka, 60, and her husband, Greg Chick, 67, retired a year ago and are enjoying their free time after working 12-hour days for years as a psychiatrist and plumber, respectively.

The couple, who live in Tehachapi, California, paid off their mortgage earlier in their careers, Tanaka said. And once that was taken care of, they socked away 40% of their incomes for retirement, she added. So they were financially well-prepared.

But in light of rising prices and the stock market downturn, Tanaka said they are choosing for now to live on $2,000 less per month than they had planned, drawing income only from her husband’s Social Security benefits and their annuities. “We are not touching our retirement savings because we don’t want to sell our investments at a loss.”

Instead they’re doing a lot of home cooking, rather than buying prepared foods or eating out. Her husband is taking care of the property around their house. She is mending their clothes. Plans for travel have been curtailed, even for road trips in their RV due to gas prices. And instead of donating money to favorite causes like they used to, they’re donating their time instead. “Now I spend all day baking for a dog rescue club [fundraiser],” Tanaka said.

She’s very aware that the financial choices they’re making now are “first-world-type delayed gratification choices” as she put it. “There are far worse problems we could be facing.”

But Tanaka said she hopes her story might encourage young people to save money if they can during their working years to fund their future. “It’s about preparing for a rainy day … and trying to adapt.”