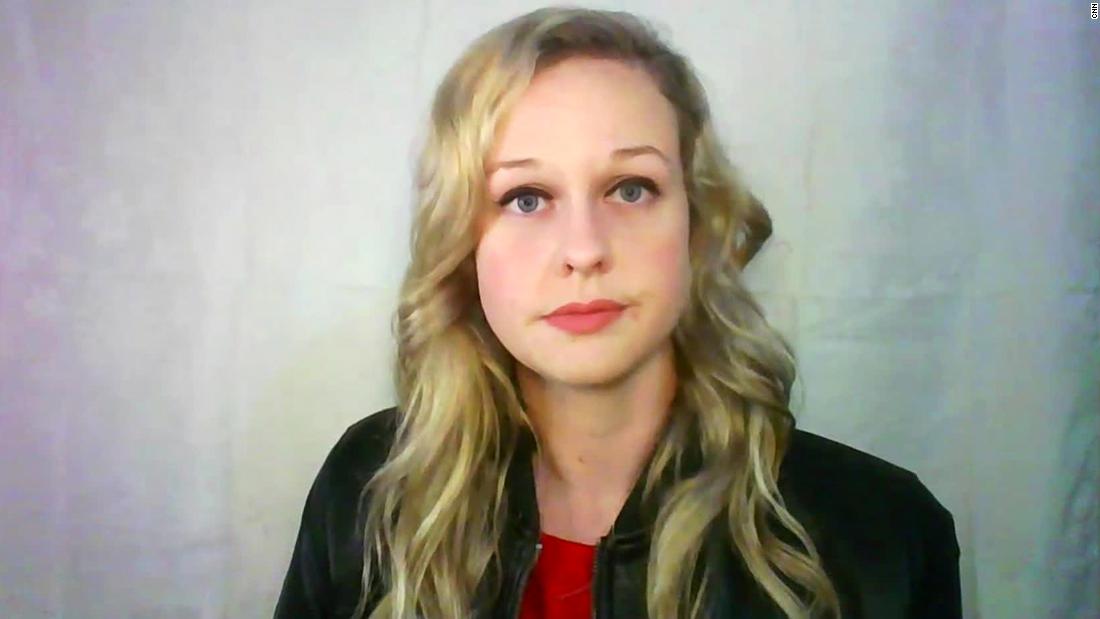 The former state data scientist, Rebekah Jones, claimed she was pressured by health department officials to falsify Covid-19 data to hide the extent of Florida’s outbreak in the early months of the pandemic. In a report finalized in March, the state inspector general’s office said there was insufficient evidence to prove her claims and exonerated the employees accused of orchestrating a coverup.

In a complaint filed in July 2020, Jones, who was tasked with managing Florida’s Covid-19 data dashboard, alleged she was fired after she refused to follow orders to manipulate data on the dashboard to support lifting coronavirus restrictions to reopen the state when it was actually unsafe to do so.

Investigators determined the state’s Covid-19 data was not falsified, saying in the report that the manipulation Jones alleged “did not occur.”

Witnesses within the department told investigators they were “skeptical” of Jones’ initial claims of being asked to manipulate data because she was not an epidemiologist and did not have access to the dashboard’s underlying Covid-19 data repositories. The report said Jones only had access to a public-facing dashboard that visualized the data, and that information matched the data the department shared in a daily report to the public.

“If the complainant or other DOH staff were to have falsified COVID-19 data on the dashboard, the dashboard would then not have matched the data in the corresponding final daily report,” the report said, noting “such a discrepancy” would have been detected by staff in the state Bureau of Epidemiology and by other groups such as local governments and the media.

Jones in her complaint also alleged health department officials directed her to remove a “data hub” containing underlying surveillance data from the dashboard before telling her to reactivate it within 24 hours, the report said.

The report found Jones’ allegation was correct, citing interviews with the officials who said the data was temporarily removed for review over concerns it may have contained patients’ publicly accessible personal information connected to reported Covid-19 cases. However, the report concluded the officials’ actions did not violate any policy since the “data hub” was not required to be made available to the public.

The 27-page report was first reported Thursday by NBC News.

In response, Jones described the report’s conclusion that she had been asked to remove some data as a “vindication.”

“I’m relieved to be vindicated,” she said, in part, in a statement. “It feels like a massive weight taken off me to be vindicated finally, after all this time, all the efforts by the state to defame and smear me, and the failed attempts to discredit me with baseless claims that have finally been proven false.”

Gov. Ron DeSantis’ office did not immediately respond Friday to CNN’s request for comment about the inspector general report and Jones’ response.

Jones publicly shared the story of her dismissal before leaving the department in May 2020 and became a prominent critic of DeSantis, accusing the Republican of minimizing the extent of Florida’s outbreak during the pandemic.

When she was fired, the health department said Jones was removed because she had “exhibited a repeated course of insubordination,” making “unilateral decisions to modify the Department’s COVID-19 dashboard without input or approval from the epidemiological team or her supervisors.”
In December 2020, police executed a search warrant at Jones’ Tallahassee home amid a state investigation into whether she accessed a state messaging system without authorization to implore employees to speak out about the state’s Covid-19 deaths.

In May 2021, she was granted whistleblower status by the inspector general, though the final report said that decision was “based solely on the nature of the complainant’s allegations as presented” in her initial complaint.

Jones turned herself into jail in January 2021 after a warrant was issued for her arrest. She posted bail and left jail after telling reporters she tested had positive for Covid-19. She was charged with one count of offenses against users of computers, computer systems, computer networks and electronic devices, the Florida Department of Law Enforcement said. She pleaded not guilty, according to court records, and the case is still pending.

Jones has become politically active since her exit from the health department and is now running in a Democratic primary to challenge US Rep. Matt Gaetz for his Panhandle district.