Windfall taxes are popular. But they come with risks 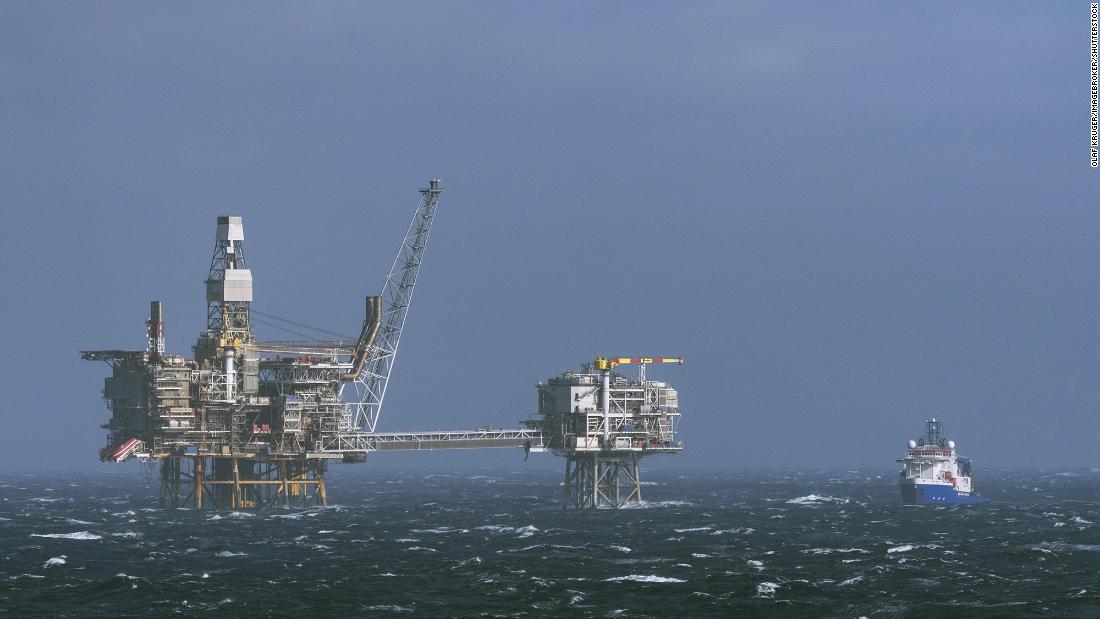 Relief is sorely needed. The UK is grappling with inflation at a 40-year high of 9%, with the Bank of England projecting that will reach 10% later this year. Wages and pensions aren’t keeping up.

And for the most vulnerable households, it’s especially dire: Average inflation is on track to hit 14% for poorer people, who spend a higher proportion of their budget on energy, according to research from the Institute for Fiscal Studies.

Under the government’s plan, every UK household will receive about $500 this fall, plus more for low-income and retired people. That flat-rate handout has many economists raising concerns about exacerbating inflation even further.

The trouble with direct handouts, Pickering and other economists say, is that they’ll spur spending by those who don’t need them and drive inflation higher.

“Now that the government has committed to keep energy costs affordable with direct fiscal support, it will be hard to reverse — especially if it stokes even higher inflation down the road,” Pickering wrote.

In other words, a little relief now is going to mean more pain later.

Britain’s finance minister, meanwhile, is pushing back against those concerns.

“My view is that it will have a minimal impact on inflation,” Rishi Sunak told Sky News on Friday, saying he expects the measures to add “much, much less” than 1% to average inflation.

Critics have also suggested the handouts are too broad, given the growing wealth gap. Last week, UK government data showed wages are growing fastest among the country’s highest paid workers.

“There is crudeness to the measures,” wrote economists at the Institute for Fiscal Studies. Because of the flat-rate nature of the payments, “the package is less generous to poor families with children than to those without.”

That criticism was echoed by Torsten Bell, the chief executive of the Resolution Foundation, who otherwise praised the government’s plan.

“The decision to provide one-off payments this year to poorer households, pensioners and those with a disability is a good attempt to target those with higher energy bills — although the relative lack of support for larger families stands out.”

As for British oil companies, the tax on profits may force them to rethink investments that would increase supply and bring costs down.

On Thursday, BP became the first British oil giant to say it would review its plans for more than $20 billion in investment in the United Kingdom, reversing its previous position that a one-off windfall tax wouldn’t impact those plans.

“Today’s announcement is not for a one-off tax — it is a multiyear proposal,” BP said in a statement. “We will now need to look at the impact of both the new levy and the tax relief on our North Sea investment plans.”

Here’s Julia Horowitz, the lead writer of Before the Bell, with a final dispatch from Switzerland as the global elite make their way back home from the World Economic Forum in Davos.

Wealth taxes are never a popular rallying cry at Davos, a playground for billionaires, corporate titans and top politicians. But Gabriela Bucher, the executive director of Oxfam International, was frustrated that this week’s World Economic Forum mostly looked the other way.

“There needs to be resource mobilization to deal with those situations — those extreme situations — we’re dealing with now,” Bucher said on the only panel on taxation on the official Davos program. “Something that can really change things is tax.”

Given the magnitude of the crisis, governments must think seriously about taxing wealth accumulated by the world’s richest people, Bucher told CNN Business. Even taxing wealth at relatively low levels, she emphasized, could make a big difference.

According to Oxfam, a 2% tax on assets greater than $5 million, graduated to 5% for net worth above $1 billion, could raise $2.5 trillion worldwide.

This idea of more progressive taxation gained traction during the pandemic, as the rich saw their fortunes leap while millions of others were left behind.

Oxfam estimated in a report released ahead of Davos that 573 people have joined the billionaire ranks since 2020, bringing the total to 2,668. US Treasury Secretary Janet Yellen last year proposed taxing billionaires on unrealized gains in their assets. Right now, taxes are only levied when they’re sold.

Yet wealth taxes failed to generate much conversation in the Swiss Alps this week, even as attendees sounded the alarm on the looming hunger crisis.

“We haven’t seen a huge history of success,” for wealth taxes, OECD Secretary-General Mathias Cormann said during the panel debate. “It’s true that on the perceived fairness and equity front — in terms of the politics of it — it’s attractive, but in terms of what it actually achieves in substance, it’s not that attractive.”

UN World Food Programme Chief David Beasley told me that climate change and the war in Ukraine could generate widespread famines later this year. That would result in the destabilization of many countries and could trigger mass migration.

“What breaks your heart is that there’s $430 trillion of wealth on Planet Earth today,” Beasley said. When his organization “doesn’t have enough money,” he continued, it has to “choose which child eats.”

Last year, Beasley got in a Twitter clash with Tesla CEO Elon Musk after he called on him to put up 2% of his fortune, which he said would solve world hunger. Beasley told Reuters this week that he remains hopeful that Musk or another wealthy individual will step up, and said he remains willing to engage.

He probably shouldn’t count on Musk. On Twitter Thursday, Musk said, “Use of the word ‘billionaire’ as a pejorative is morally wrong and dumb,” and he agreed with a comment that billionaires are at their most nefarious when spending their money to “do good.”

As the surging cost of living becomes a major problem for lower-income households in both developed and developing nations, governments are increasingly willing to implement measures they’d eschewed previously.

But at Davos, wealth taxes remained a B-list talking point. For Phil White, a British millionaire who took part in a small protest that called for higher taxes on the wealthy — himself included — that was a missed opportunity.

“We’re going to see rising inequality from both rising energy and food prices,” White said. “Wealth taxes can play an immediate part in doing something about that.”

But Thursday brought a glimmer of good news despite nearly two months of lockdowns in major cities. Chinese consumers are still spending. Alibaba, the Amazon of China, beat expectations with its latest quarterly earnings, as sales surged 9% in the most recent quarter.

The news sent Alibaba’s shares up 15%.

Of course, that’s little relief to consumers. The restrictions have significantly altered shopping behavior in China, much as Covid has in the US and elsewhere, my CNN Business colleague Paul R. La Monica writes.

Alibaba’s CEO said that sales in the fashion and electronics categories declined, but “demand for essential supplies” such as food and personal care products “increased significantly with more consumers stockpiling at home.”

Despite the good news on earnings, there may not be champagne bottles popping at Alibaba HQ just yet. China faces a serious slowdown that could see GDP growth drop to just 3% this year, way below the government’s official target of 5.5%.