Opinion: If I'd lived in a post-Roe world, my son might not be here 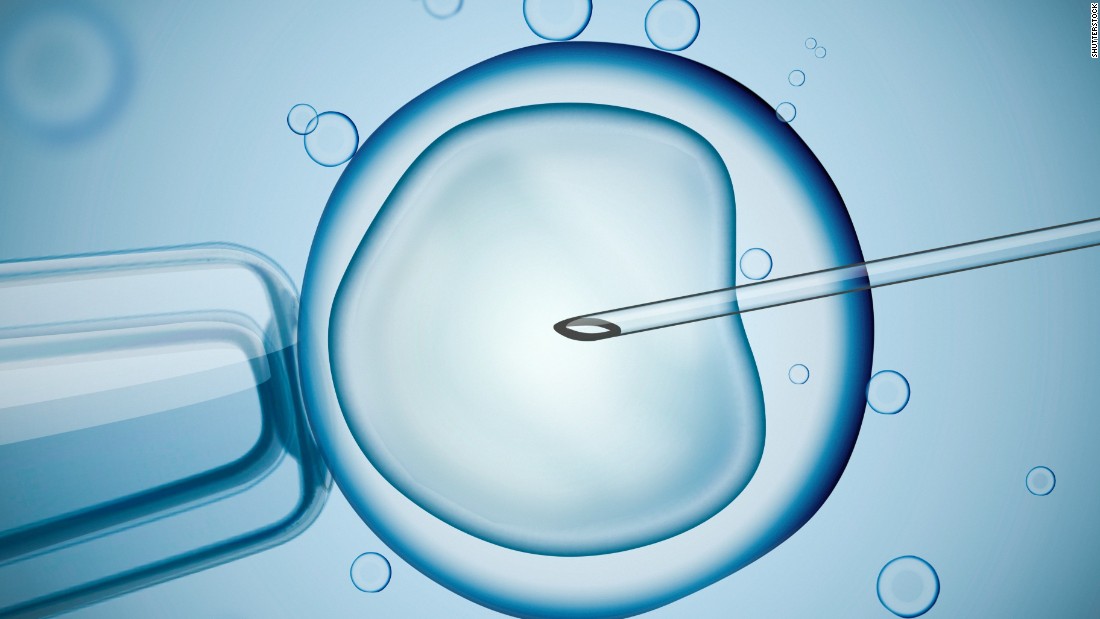 It took us over a year of trying before I became pregnant again. This time, I made it to the sonogram at the end of my first trimester, when doctors told us our baby had a condition that meant that he would likely die in utero. If he survived, he would only live for at most a few years, in a life spent in and out of the hospital. Ultimately, after extended soul-searching, I decided to abort the pregnancy, for the sake of both my existing family and my unborn son, a heart-wrenching decision I have written about elsewhere.

In the painful aftermath of these two losses, we turned toward in vitro fertilization, in the hopes that IVF would finally give us the baby we both longed for. We were extremely fortunate that I became pregnant following our first IVF attempt.

It is widely expected that the Supreme Court will, in its anticipated decision in a case of a Mississippi abortion-restriction law, overturn the protection of abortion rights codified in Roe v. Wade. In a post-Roe world, it is possible that each of these steps on my parenting journey could be rendered illegal or practically prohibited in many states across the South and Midwest.

In recent weeks, harrowing stories have come out of Texas of women being denied care during miscarriage by practitioners wary of being sued under HB8, the Texas law that allows individuals to sue anyone involved in terminating a pregnancy after the detection of a fetal heartbeat. The Oklahoma bill that was signed into law on Wednesday is even more severe, employing a similar enforcement mechanism as the Texas law to ban all abortions from fertilization. The Oklahoma law will doubtless lead to similar tragedies in miscarriage management as have occurred in Texas. And Texas and Oklahoma are only two among several states that have passed or are considering laws that would prohibit or severely restrict abortion, even after a diagnosis of severe fetal disability.
But the implications of recent abortion legislation extend beyond abortion and miscarriage. The legal assertion that life begins at conception has implications for IVF, and pro-life groups in this country and abroad have argued for a proscription not only of embryo research but also of the freezing and disposal of embryos. If such a proscription were to become law in some states, it would severely curtail the practice of IVF in this country.
While the Oklahoma legislators have not commented on the bill’s implications for IVF, others have been quick to point out that the logical corollary of an abortion ban premised on fetal life beginning at fertilization would be a prohibition of many practices considered central to ensuring that IVF cycles lead to successful pregnancies. Such a scenario should not be dismissed as dystopian anti-science fiction. Pro-life Conservatives in the United Kingdom nearly succeeded in passing legislation to the same ends in 1985. The bill was only prevented from becoming law by a coordinated filibuster engineered by a group of pro-choice MPs working in close concert with OBGYNs and embryologists.

Each step in my journey to motherhood — the D&C following my miscarriage, my abortion, and my IVF treatment — relied on the good faith support and care of doctors committed to helping me achieve the healthy pregnancy that I so desired. Recent anti-abortion legislation imperils the ability of doctors to provide similar care to their patients.

These laws are frighteningly ambiguous

Many of you reading this piece will have had, or know someone who has had, a D&C. They are among the most common surgical procedures performed in the United States. A D&C is a procedure to dilate the cervix and cut or suction away tissue from the uterus. They are frequently performed following a miscarriage. When a woman cannot pass the miscarried fetus on her own, as happened to me, the fetal tissue is aspirated from the womb along with the placenta and other endometrial matter that supported the pregnancy. According to Johns Hopkins Medicine, “infection or heavy bleeding can occur if these tissues are not completely removed.” D&Cs thus play an important role in preserving the health and future fertility of women undergoing miscarriages.

D&Cs are also used for abortions, including my own. The procedure is effectively identical, except that, in the case of a miscarriage, the pregnancy has already self-aborted. And therein lies the problem. Once a previously pregnant woman has had a D&C, there is no way to determine whether or not the pregnancy was viable at the time that the procedure was performed.

Given that an estimated 10 to 20% of known pregnancies result in miscarriage, and of those, roughly 50% require either medical or surgical intervention, abortion restrictions such as the law on the books in Texas, the similarly restrictive legislation recently passed in Idaho, and the total proscription of abortion in the Oklahoma legislation, have the potential to affect a large number of women.
Some of the draconian anti-abortion laws passed in recent years have included exemptions for fetal health, although others, including Texas’s law and the recent Oklahoma bill, do not. But even the laws that contain exemptions for fetal health are frighteningly ambiguous for pregnant women. The Alabama law signed in 2019 permits abortion only if the mother’s life is at risk or if the fetus has a “lethal anomaly.” Louisiana’s provision includes an exception if the fetus has an anomaly that would prevent it from surviving after birth. Georgia’s law only allows abortion for fetal anomaly if the fetus “has a profound and irremediable congenital or chromosomal anomaly that is incompatible with sustaining life after birth.”
How would I have fared under such legislation? Fetuses with my son’s condition — Lower Urinary Tract Obstruction (LUTO) — have a high perinatal morbidity and mortality rate, but the question of whether LUTO would qualify with certainty as a “lethal anomaly” isn’t answerable. Such heartless laws usurp what should be a family’s right to make a painful moral decision under a doctor’s care and give that power to the state. I can only imagine where my life — and my family’s — would be if a judge in Georgia or Alabama had authority over whether I could terminate my pregnancy.

I want other families to have their happy ending

Finally, IVF. My husband and I turned to IVF after my abortion because, after two failed pregnancies, we were desperate to have a healthy baby. IVF is a procedure in which eggs are extracted from a woman’s ovaries, fertilized in a laboratory (in vitro literally means “in glass”) and then reimplanted into the woman’s womb to gestate like a natural pregnancy. When the first IVF baby, Louise Brown, was born in England in 1978, the embryologist, Robert Edwards, implanted a single fertilized embryo in her mother’s womb.

Had the pregnancy failed to develop, Brown’s mother would have had to undergo an additional surgery to retrieve another egg and start again. Not long after Brown’s birth, embryologists worked out that the odds of achieving a successful pregnancy increased dramatically if multiple eggs could be retrieved, fertilized and implanted in a single IVF cycle through a process of ovarian hyper-stimulation. If two or three fertilized eggs could be implanted into the uterus at once, the odds of at least one developing into a successful fetus were that much greater. This is why so many early IVF pregnancies resulted in twins.

A few years later, scientists developed the technology to freeze embryos so that if a patient implanted one or two embryos one month, and did not achieve a pregnancy, she could try again with her remaining frozen embryos, without needing to undergo a second retrieval surgery. Not long after that, embryologists began to develop technologies to screen embryos for chromosomal abnormalities before freezing them, in order to identify healthy embryos that were less likely to either miscarry or produce a child with a severe disability. Each of these developments was the product of extensive research, including research on embryos donated by patients who had undergone IVF.

My first IVF retrieval produced seven blastocysts, or day-five embryos, one of which was implanted into my womb and developed into our wonderful son. The remaining six were screened for abnormalities, on the understanding that the lab would dispose of any embryos found to be chromosomally abnormal. Only four passed the test. We kept those four embryos in storage for six years, only recently deciding that we were ready to part with them, in the recognition that our family was complete.

Ours was a story with a happy ending, and I am eternally grateful to IVF for giving us our son. But fertility doctors are seriously concerned about the implications of legislation, like Oklahoma’s, that stipulates that life begins at fertilization not only for research to improve IVF treatment, but also for the continuation of existing practices such as ovarian hyper-stimulation and embryo screening, as both of these procedures imply the disposal of some fertilized embryos not implanted in a woman’s uterus. As a group of fertility doctors wrote in their specialty’s leading journal in 2020, laws that grant personhood rights to embryos would render fertility treatment both less safe and less effective.
Over 300,000 women undergo IVF each year in the US. Nearly a million women miscarry. Overturning Roe does not only affect women seeking an abortion. As family planning activists have long known, the right to control fertility includes the right to plan for a healthy family, as well as the right to plan not to have a family. Removing the constitutional protection of a woman’s bodily autonomy jeopardizes both of those rights.