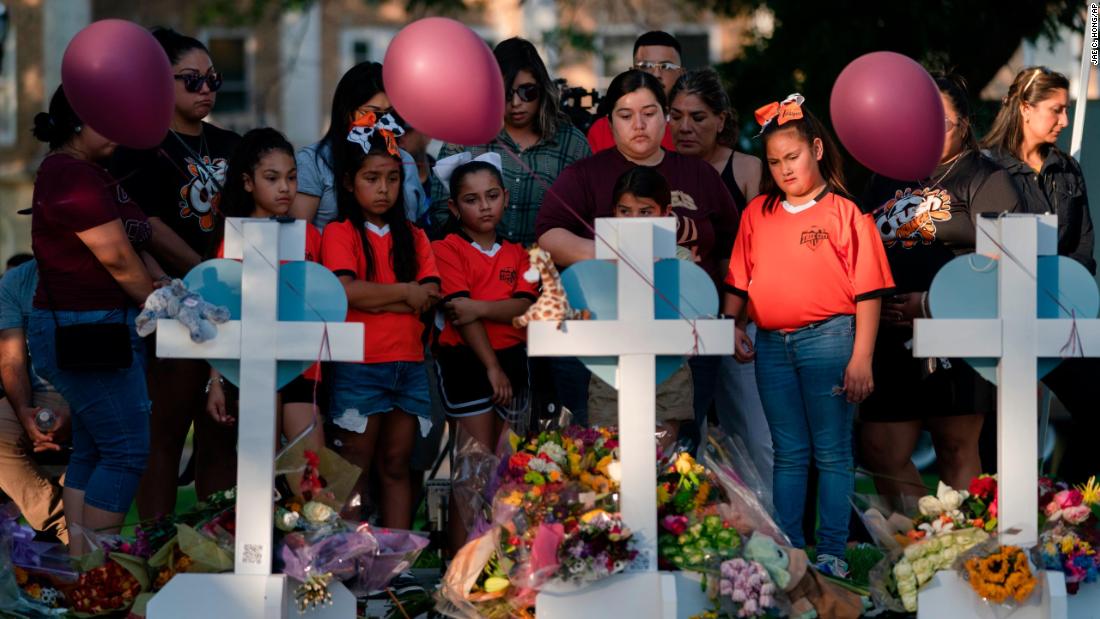 Edward Timothy Silva, a second-grade student, told CNN on Thursday about what it was like being inside Robb Elementary School at the time of the mass shooting that killed 19 children and two adults.

Edward Timothy’s class was located near the fourth-grade classroom when he heard “loud noises,” he said. “Kind of like fireworks.”

A woman who works for the school told them to hide, he said, as the lights were turned off inside of the classroom.

“I learned that we were having a real drill. Because we’ve practiced a lot. I think we were safe because we practiced,” Edward Timothy said.

He started learning such drills in kindergarten, he said. Some of his classmates in the room were crying, Edward Timothy said.

“I was praying, thinking ‘Why is this happening?’” the second-grader said.

Later, his class and others “ran out of their classrooms,” he said. Officials have said all fatalities and injuries at Robb Elementary took place inside one classroom.

When asked what he is afraid of now, Edward Timothy said, “I have the fear of guns now because I’m scared someone might shoot me.”

His mother, Amberlynn Diaz, then teared up, saying this is the first time she’d heard her son say that.