In the three days since the shocking Texas elementary school massacre, investigators are still working to piece together a timeline 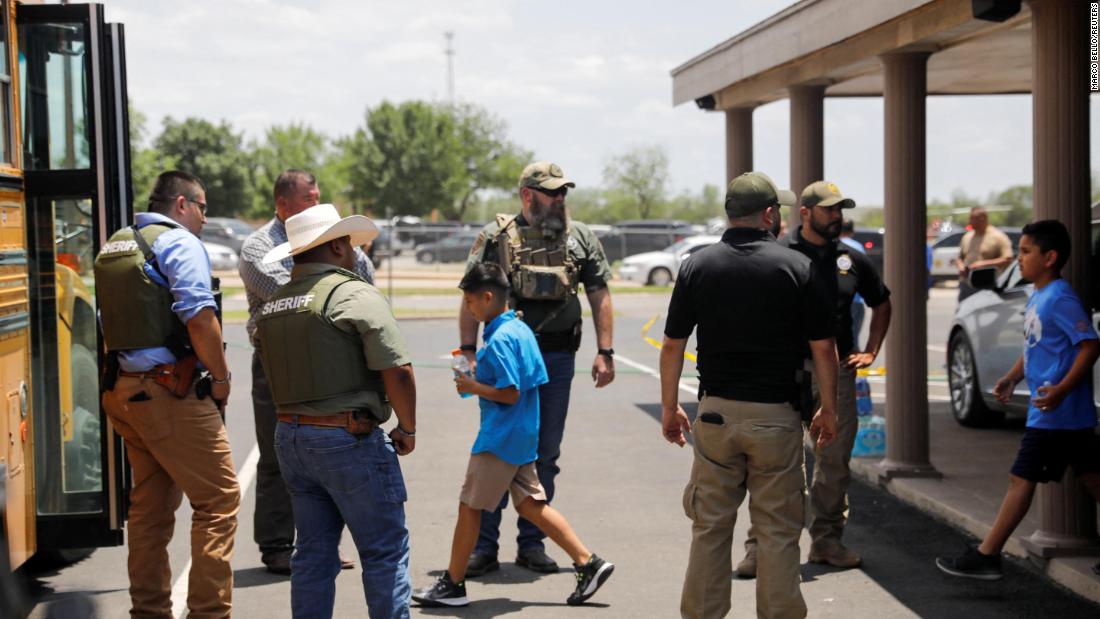 What has been less forthcoming are explanations of how a shooter was able to remain in the school for nearly an hour before he was killed by law enforcement.

Investigators are still working to piece together a timeline to explain how an 18-year-old gunman was able to walk up to Robb Elementary School with a rifle, enter without being stopped through an unlocked door, barricade himself inside a classroom and open fire on a class filled with children.

“With all the different agencies that are involved, we’re working every angle that’s available,” Victor Escalon, South Texas regional director for the Department of Public Safety, told reporters Thursday. “We won’t stop until we get all the answers that we possibly can,” he said during a news conference.

A scene of chaos and confusion began to form outside the school as news of the attack spread on Tuesday.

Parents desperate to bring their children to safety began to show up at the school, begging law enforcement to let them go inside as they became increasingly frustrated with delays in confronting the shooter, identified as Uvalde resident Salvador Ramos.

On father said he asked law enforcement to give him their gear.

“I told one of the officers myself, if they didn’t want to go in there, let me borrow his gun and a vest and I’ll go in there myself to handle it, and they told me no,” the father told CNN. His son survived.

Several videos captured the frantic scene as parents pleaded with officers to go inside or allow them to go in themselves. The video shows officers holding parents behind the yellow tape of a police line, refusing to let them enter as crying and screaming can be heard in the background.

After about an hour, a US Border Patrol tactical team forced its way into the classroom and fatally shot the gunman, Escalon said.

Days after the confrontation, grief-stricken community members are still frustrated about the delay.

“At the end of the day, we have to find out for the future, so that this never happens again, what kind of failures happened. And I feel in this situation, standing back was not the thing to do,” he said.

The shooting in Uvalde is the deadliest school shooting in nearly a decade and is at least the 30th shooting at a K-12 school in 2022. The attack came less than two weeks after a racist mass shooting in Buffalo, New York, leaving grieving Americans reeling from yet another act of mass violence and leading to renewed calls for gun law reform.
As investigators work to complete a timeline of the attack, the final remains of the victims were returned to families Thursday night. Six surviving victims were still hospitalized Thursday, including the shooter’s grandmother, who was shot in the face by her grandson before he drove to the school.

What we know and don’t know about the shooting timeline

After shooting his grandmother in her home, Ramos drove to Robb Elementary, where he crashed his truck in a nearby ditch, Texas Department of Public Safety Sgt. Erick Estrada said. It’s unclear why he crashed.

The shooter fired at two witnesses across the street before walking toward the school and shooting at the building, according to Escalon.

There were no officers outside the school to stop Ramos when he arrived, Escalon said, contradicting earlier information from authorities that said he was “engaged” by a school resource officer before he entered the school.

That earlier information was “not accurate,” Escalon said Thursday. The shooter “walked in unobstructed initially,” he said.

Then, Ramos got into the building through an apparently unlocked door at 11:40 a.m., Escalon said.

The door he entered through is normally locked, “unless you are leaving to go home on the school bus,” former principal Ross McGlothlin told CNN.

Inside the school, the shooter barricaded himself inside two adjoining classrooms and fired more than 25 times, Escalon said.

At 11:44 a.m., law enforcement arrived and entered the school. Three law officers went in the same door the shooter used and four came in through a different entrance, DPS spokesperson Chris Olivarez told CNN. When they went to confront the shooter, he fired at them and they took cover.

“It is important for our community to know that our officers responded within minutes” alongside school resource officers, he said.

Officers then called for additional tactical teams and resources such as body armor while they worked to evacuate teachers and students, Escalon said. About an hour later, he said, a US border patrol tactical team was able to enter and kill Ramos.

When asked for more details at a news conference about what exactly responding officers were doing in the hour-long period, Escalon declined to provide further information.

In the days following Tuesday’s massacre, the residents of Uvalde are still saturated in grief. For some, the devastating news continued to come as community members learned the husband of one of the victims had also died Thursday morning.

Joe Garcia died of a heart attack, just two days after his wife Irma was killed in the hooting, the Archdiocese of San Antonio told CNN. Irma Garcia was a fourth-grade teacher and had been married to Joe for over 25 years, according to a GoFundMe campaign posted by her cousin. The pair’s family says Joe died of a broken heart.

Edward Timothy Silva, a second grader who was in the school, told CNN he recalls hiding behind desks in the dark as he heard loud noises in the distance.