Texas Gov. Abbott cancels in-person appearance at NRA convention. Here's what to know about the meeting 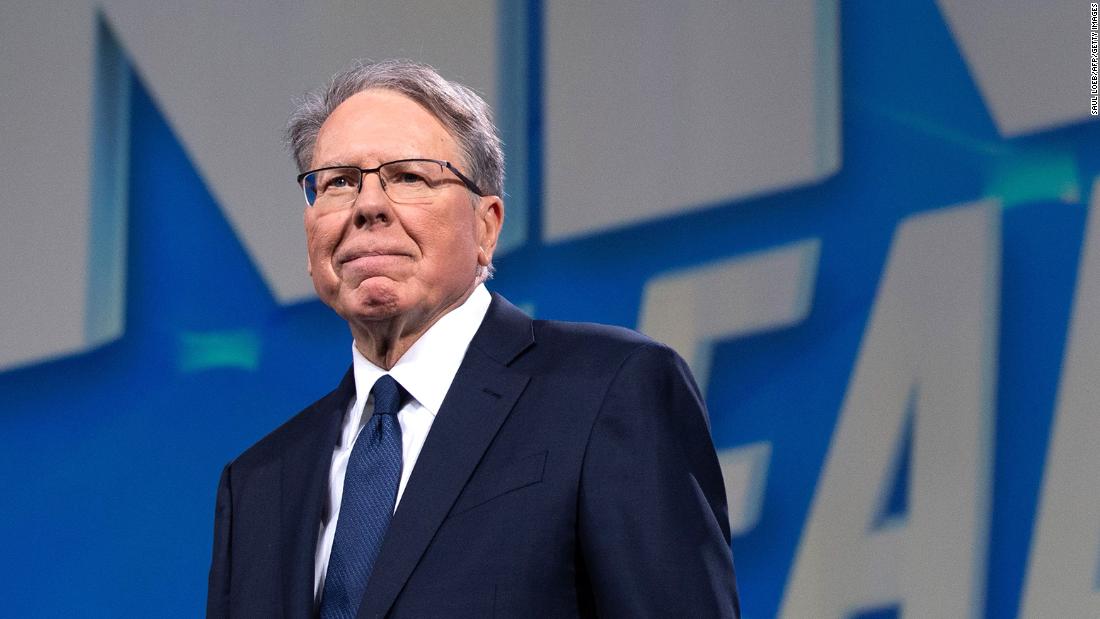 The NRA’s annual meeting was canceled in 2020 and 2021 due to the coronavirus pandemic, but this year the organization is moving ahead with its plans, holding the meeting at a time when both gun rights and the organization itself have come under intense scrutiny, especially after a shooting at an elementary school in Uvalde, Texas, left 21 dead.

Here’s what we know about the 2022 annual meeting.

The NRA’s 2022 Annual Meeting & Exhibits is scheduled to take place from May 27-29, according to the event website. The leadership forum, which the organization bills as “one of the most politically significant and popular events in the country,” will take place Friday afternoon.

Where is the meeting?

The leadership forum will be held in Houston’s George R. Brown Convention Center, the same location it was going to be at last September for the 2021 annual meeting.

Who can attend the meeting?

The annual meeting is only open to NRA members. The organization currently has over five million members, according to its website.

Who are this year’s speakers?

Friday’s meeting will feature remarks from eight people, including NRA head Wayne LaPierre and Jason Ouimet, the executive director of the group’s lobbying arm, according to the event website.

Trump will also speak at the event. The former President, who maintained a close relationship with the gun lobby and its activists throughout his presidency, spoke at the 2019 event, which marked his fifth consecutive speech to the annual meeting.

NRA members were also expecting to hear from Texas Gov. Greg Abbott, but the Republican canceled his in-person appearance to instead attend a news conference in Uvalde, with his spokesperson telling the Dallas Morning News Thursday evening that the governor will address the convention “through prerecorded video.”

Notably, at least three musicians who were set to sing in a concert at this weekend’s convention have canceled their performances. Don McLean, Larry Gatlin and Larry Stewart cited the shooting in Uvalde as the reason for their cancellations.

“I just did not believe it was the right thing to do,” Gatlin told CNN’s Pam Brown on Thursday. “It would have been kind of a classy move on the NRA’s part, and they need some good PR right now, if they’d cancel the whole thing and said, ‘Hey, we’re going to go in here for one big moment and say a prayer for those folks or have a moment of silence, and we’ll come back and do this later. We can always have our big convention.'”

He emphasized that he still supports the NRA and believes in the Second Amendment, but that he “didn’t think it was a good time to go down to Houston and have a party.”

What are the security measures?

The NRA said that because Trump will be at the event, the US Secret Service “will take control of the General Assembly Hall and have magnetometers in place before entry.”

Attendees are prohibited from bringing “firearms, firearm accessories, knives, and other items,” including backpacks and selfie sticks.

What has happened since the 2019 meeting?

Friday’s annual meeting will take place at a time when gun rights and the NRA have come under intense scrutiny, with supporters of gun control turning their attention to the organization this week after an 18-year-old gunman fatally shot 19 children and two teachers at an elementary school in Uvalde, Texas, before he was killed by law enforcement, officials said.

The NRA condemned the shooting in a statement Wednesday, calling it a “horrific and evil crime.”

“Although an investigation is underway and facts are still emerging, we recognize this was the act of a lone, deranged criminal,” the group said. “As we gather in Houston, we will reflect on these events, pray for the victims, recognize our patriotic members, and pledge to redouble our commitment to making our schools secure.”

The massacre is the deadliest shooting at a school since the Sandy Hook massacre in Connecticut in 2012 that left 26 people dead, including 20 children aged between 6 and 7 years old.

The NRA has also been in a fight to remain afloat after New York Attorney General Letitia James sued to dissolve the NRA for allegedly misusing charitable funds. In March, a New York State Supreme Court justice blocked James’ attempt to dissolve the organization but allowed her suit against it to move forward.
And observers are also awaiting a decision from the US Supreme Court in the biggest Second Amendment case it has taken up in more than a decade. The justices are considering whether to strike down a New York gun law enacted more than a century ago that places restrictions on carrying a concealed gun outside the home.

What happened at the last annual meeting?

At 2019’s annual meeting, Trump announced that he would not ratify a United Nations arms trading treaty and then signed a message to the Senate in front of an audience of NRA leaders.

The meeting was also notable because then-NRA President Oliver North told members during it that he would not be renominated president of the group following a dispute with LaPierre. The announcement was made in a letter in which North said he hoped he would be renominated for a second term but, “I am now informed that will not happen.”

Already a controversial figure due to his involvement in the Iran-Contra scandal, North joined the NRA at a critical juncture for it as it responded to renewed calls for gun control in the wake of the 2017 school shooting in Parkland, Florida.

This story has been updated with additional information Thursday.