States with the most gun violence share one trait 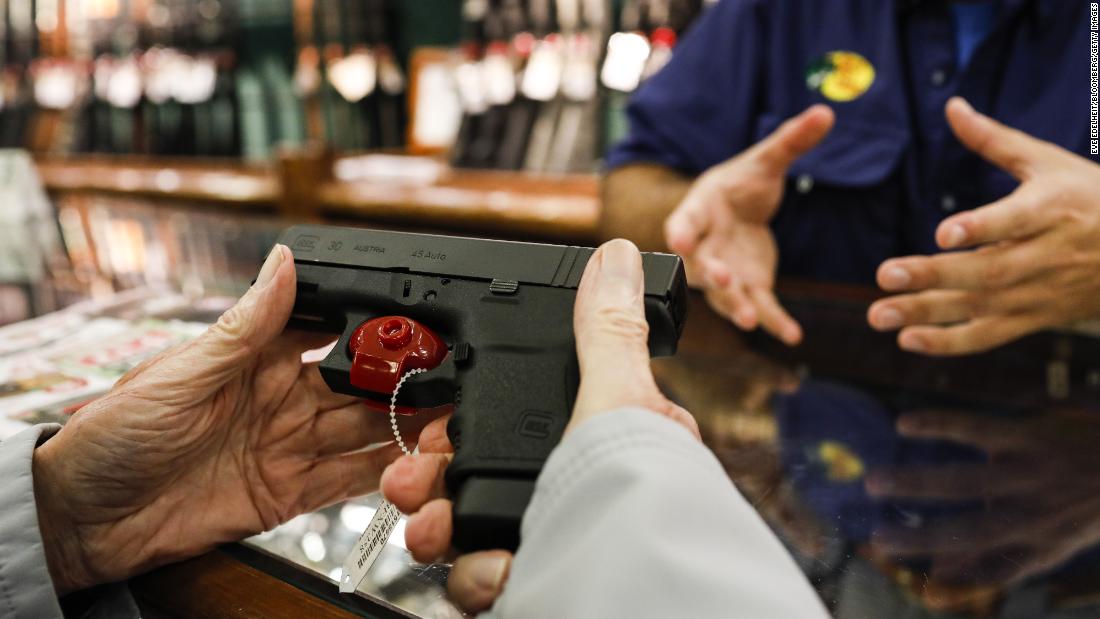 But there’s one thing that is indisputable in the available data on gun violence — and the data is limited since until recently the federal government was effectively barred from gathering it.

This is true despite Texas Gov. Greg Abbott’s attempt to explain away gun deaths at the elementary school in his state this week by comparing them to gun violence in Chicago.

“I hate to say this, but there are more people who were shot every weekend in Chicago than there are in schools in Texas,” Abbott said on Wednesday, arguing stricter gun laws are not a solution.
There are indeed a horrific number of gun deaths in Chicago each year. CNN has covered the problem.
But there are more gun deaths in Texas, by far, than in any other state, according to data from the US Centers for Disease Control and Prevention.

Texas suffered 4,164 gun deaths in 2020, the most recent year for which the CDC has published data.

Texas does not have the highest gun death rate, however. Far from it.

The top states by gun death rates are:

Here’s where the lack of good federal data haunts us. It’s hard to find solid gun ownership rates. The RAND Corporation, a non-profit research organization, has tried and published data on average gun ownership by state between 2007 and 2016.

The advocacy group Everytown for Gun Safety, which endorses stronger gun laws, takes the CDC data on gun deaths per 100,000 residents and puts that alongside each state’s gun laws. The states with lower gun violence rates are mostly among the states with the strongest gun laws.

Conversely, with the exception of Louisiana, the states with the highest gun death rates and highest gun ownership rates are among the states Everytown says have the most lax gun laws.

Most gun deaths are suicides

Obviously mass shootings can happen anywhere, as we saw earlier this month in Buffalo, New York, and this week in Uvalde, Texas.

But most gun deaths do not involve a mass shooting. Most gun deaths are suicides. In 2020, 54% of gun deaths in the US were suicides, which are far less likely to get sustained public attention, according to a Pew Research Center analysis of CDC data.
CNN wrote in 2019 about the rising suicide rate and a study published in the journal JAMA Network Open that found higher suicide rates in rural areas — and, in cities, if there was a gun shop in the neighborhood.

Chicago does have a horrifically high murder rate, although the guns there often come from a neighboring state.
There are higher murder rates in other cities, and they’re often in places with more lax gun laws, like Jackson, Mississippi. Read this CNN dispatch about murders in Jackson. It is heartbreaking.
According to Everytown’s analysis of FBI data, the cities with the highest gun homicide rates in 2020 were all in states with lax gun laws:

Baltimore, where the gun laws are relatively strict, was next.

The Covid-19 pandemic has led to a rise in gun violence, and in January, a CNN analysis found 10 of the nation’s most populous cities set homicide records last year, mostly because of guns. The cities were: Philadelphia; Austin, Texas; Columbus, Ohio; Indianapolis; Portland, Oregon; Memphis, Tennessee; Louisville, Kentucky; Milwaukee; Albuquerque, New Mexico; and Tucson, Arizona.
In the large cities hardest hit by gun violence, there are areas that are relatively untouched compared with areas that are under attack, as researchers from the Brookings Institution found in a report published last month.

In Chicago, they said, gun homicides in 2019 and 2020 were concentrated in neighborhoods far from the city center “that have long suffered from severe disinvestment as a result of white flight, and are now centers of concentrated poverty with predominantly Black residents.”

In other words, it’s generations of neglect and division that help drive the murder rate in cities. All these deaths — rural suicide, urban murder and mass shootings everywhere — have one thing in common: guns.