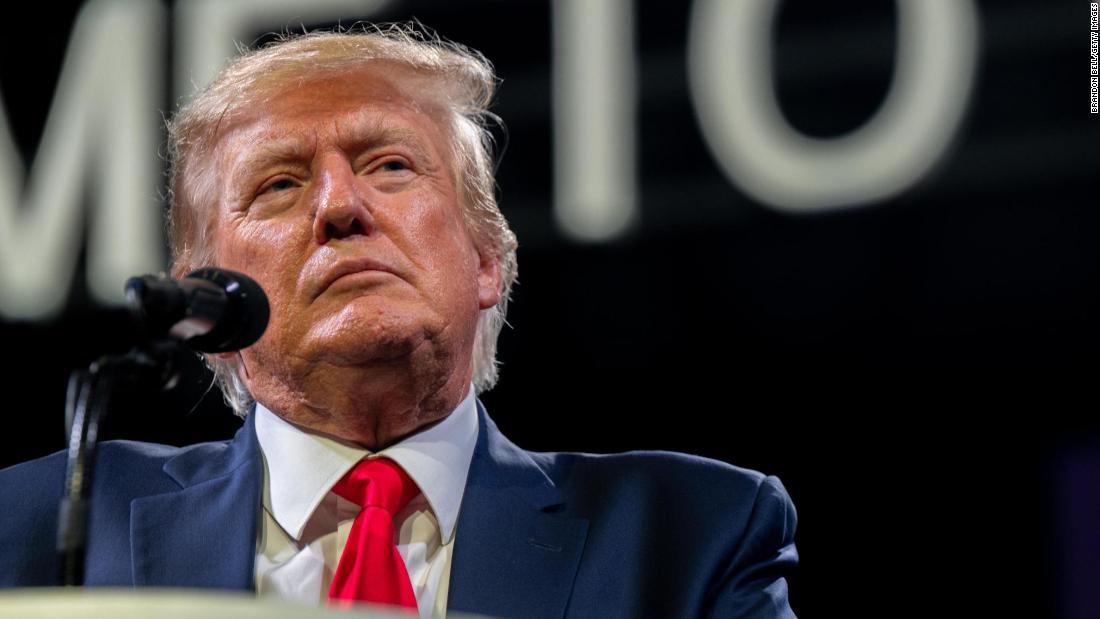 Whether Trump internalizes any critical lessons at this juncture remains to be seen, however. Although he is far less likely “to stick his neck out” with endorsements in upcoming primaries following a string of defeats and the still-uncertain outcome of Pennsylvania’s Senate GOP primary, said one former Trump aide, he has shown no indication that he intends to recalibrate his approach amid Tuesday’s setbacks — even as those around him admit that a course correction might be necessary if he wants to stand a chance in a future presidential contest.

“It was a bad night for revenge and Georgia was his ultimate revenge stop,” said one Trump adviser.

The adviser also noted that Trump “made a strategic mistake abandoning Mo Brooks,” the Alabama Senate GOP candidate who advanced to a runoff contest on Tuesday despite losing the former President’s endorsement just two months prior over his repeated calls for Republican voters to move beyond the 2020 election.

Multiple Trump allies and advisers who spoke with CNN on the condition of anonymity said the defeats the former President has suffered this month — in Georgia, Idaho, Nebraska and North Carolina — would typically force anyone to reevaluate their strategy, but that Trump is notoriously resistant to acknowledging weakness or error.

He will “just plow forward like he always does,” said one former Trump campaign official.

Another former top campaign aide to Trump said Georgia should teach the former President that he can’t deploy a one-size-fits-all approach to every Republican primary, especially when he is going up against popular incumbents. A Fox News poll released just days before Tuesday’s primary showed Kemp with a net-positive approval rating of 46 percent among Republican primary voters in the state.

“Going after an incumbent in a southern state like Georgia is fraught with danger. Local politics matter and dominate,” the aide said.

“Some states are so insular politically,” this person added, “that voters take exception to anyone trying to come into their state and tell them what to do.”

Meanwhile, the former head of Trump’s 2016 Georgia campaign operation had some choice words for MAGA candidates who centered their campaigns around the former President instead of local and statewide issues.

“So come to find out, running an issueless campaign… isn’t a winning strategy,” tweeted Seth Weathers, a Georgia Republican strategist who oversaw Trump’s field effort in Georgia during his first presidential run.

Weathers also criticized Hice, Trump’s pick in the secretary of state race. While Hice followed the former President’s lead, Raffensberger described Trump’s claims about fraudulent election activities in Georgia as “just plain wrong” in the immediate aftermath of the 2020 election and held to it in the year and a half since. His office has also cooperated with a special grand jury that is investigating Trump’s efforts to overturn the election results in Georgia.

“[Hice] seemed to take the same bad strategy, just not as bad as Perdue,” Weathers said, adding that Raffensberger “also ran nonstop ads trashing [Hice] and I didn’t see him respond in kind.”

Trump, who boasted about “record turnout” in Georgia ahead of the primary on Tuesday, has not yet commented on the collapse of his preferred statewide candidates. In addition to Hice and Perdue, Trump-backed challengers to Insurance Commissioner John King and Attorney General Chris Carr failed to oust their opponents.

Looking ahead to a potential run

Despite Trump’s continuous peddling of lies about the past election and his resistance to a midterm message that is less backwards-looking, there is one notable area where he has been eager to talk about the future.

Over the past few weeks, the former President has been chatting up friends and advisers about the looming 2024 presidential contest, including taking their temperature on an earlier-than-expected campaign announcement.

Trump has repeatedly told his supporters — from the throngs of MAGA devotees who have shown up at his midterm rallies to top allies in conservative media — that they will be very happy with his ultimate decision on 2024. And aides to the former President, who would be 76 years old during a third presidential campaign, tend to universally agree that he will run again barring any major changes to his health.

While many of those same aides were under the impression that Trump would wait until after the November midterms to reveal his next move, he has recently solicited their thoughts on entering the fray sooner. One Trump adviser, who noted that former Florida Gov. Jeb Bush announced he would “actively explore” a presidential bid just one month after the 2014 midterms, said Trump has been thinking about launching an exploratory committee in October — just before this year’s midterm contest.

“In the last month, people have been telling him it may be smart to announce in October because we will be pretty certain by then whether Republicans are going to take over both chambers and he will become more of a topic related to the midterms and how he helped make that happen,” the adviser said.

This person said Trump already plans to be on the campaign trail frequently later this summer “and it wouldn’t be difficult to add a campaign rollout to all of that.”

“He’s always been an impatient person and he wants to start his political operation sooner,” the adviser added.

A second Trump adviser, who said the odds of Trump launching an exploratory committee prior to the November 8 midterm elections were “50/50,” claimed the former President remains in the early stages of determining the best timing for such an announcement. Trump has been closely tracking President Joe Biden’s poll numbers as he looks for any openings with independents and suburban voters who fled the GOP in 2020.

“If he thinks it will help him, he will do it before November. If he concludes it’s better for him to wait, he’ll wait,” the adviser said.

But there may be a second reason for Trump’s impatience.

As his once sterling endorsement record has unraveled this month, Trump has grown increasingly aware of the other GOP power players who are eyeing the party’s presidential nomination in two years. In addition to Kemp and Raffensberger defeating their Trump-endorsed opponents on Tuesday, Trump’s picks in gubernatorial primaries in Nebraska and Idaho earlier this month also lost, and he was dealt another unexpected blow when Rep. Madison Cawthorn, who Trump had publicly vouched for as the freshman congressman battled numerous scandals, lost his primary to North Carolina state Sen. Chuck Edwards.

In the midst of these defeats, the former President has been paying close attention to Florida Gov. Ron DeSantis, whose popularity has soared among Trump’s own base amid his recent clashes with the progressive left.

Trump has also kept watch on his one-time vice president, Mike Pence, who actively campaigned for Kemp in the closing days of the Georgia gubernatorial primary, and his former secretary of state, Mike Pompeo, who endorsed David McCormick in the Pennsylvania Senate primary, which is heading to a recount as McCormick remains deadlocked against his Trump-endorsed opponent, Dr. Mehmet Oz.

“Having read ‘The Art of War,’ one of the rules there is that the greatest victory is defeating your opponents without having to have a fight. Trump is well aware of that passage,” one of the Trump advisers said.