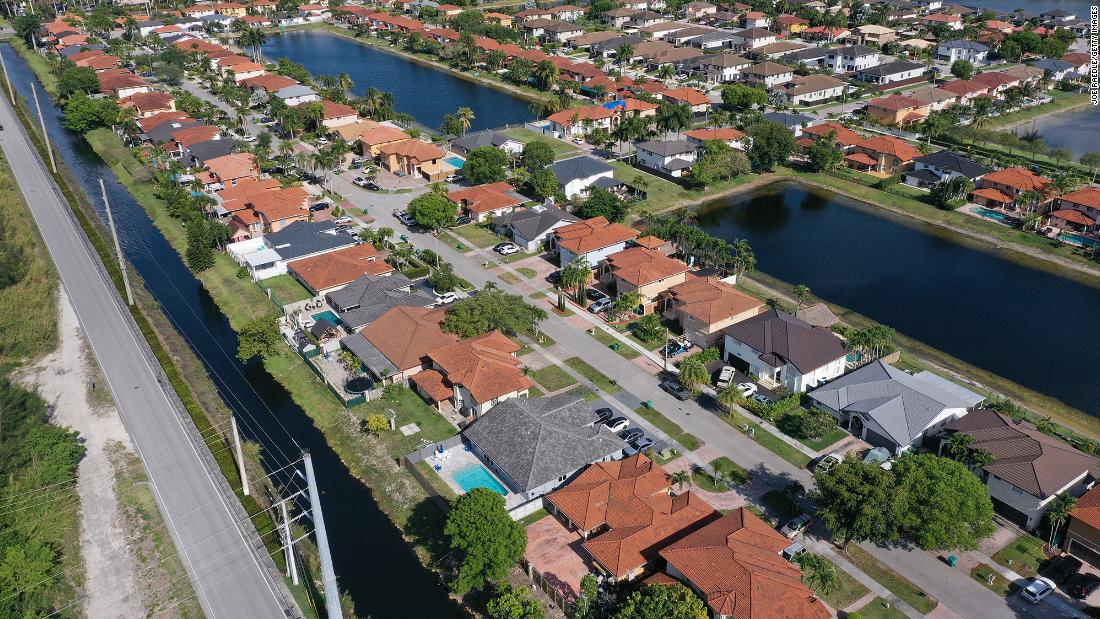 The 30-year, fixed-rate mortgage averaged 5.10% in the week ending May 26, down from 5.25% the week before, according to Freddie Mac. It is still well above the 2.95% average from this time last year.

“Mortgage rates decreased for the second week in a row due to multiple headwinds that the economy is facing,” said Sam Khater, Freddie Mac’s chief economist. “Despite the recent moderation in rates, the housing market has clearly slowed, and the deceleration is spreading to other segments of the economy, such as consumer spending on durable goods.”

Buyers are finding homes even less affordable as inflation takes a larger chunk of their income and the cost of borrowing has reduced their purchasing power. Rates have risen sharply since January, pushing the cost of financing a home significantly higher for buyers.

Today, a homeowner buying the same price house with an average rate of 5.10% would pay $1,631 a month in principal and interest. That is $373 more each month and $134,140 more in cumulative interest payments over the life of the loan, according to numbers from Freddie Mac.

For many people, that several hundred dollars in additional payment a month is the difference between deciding whether to buy a home and build equity or continuing to rent.

Analysts expect mortgage rates will remain at these levels or move higher, as long as the Federal Reserve is still working to stem inflation. Federal Reserve Chairman Jerome Powell has said the central bank will continue to raise interest rates until the goal of healthier prices is met.

Mortgage rates tend to track 10-year US Treasury bonds, but they are also indirectly impacted by the Fed’s actions on inflation. Yields on 10-year Treasury bonds were up and down this week, as investors looked for stability amidst a series of challenging economic data.

“Investors taking part in the stock market sell-off of the past five weeks have shifted their attention to the debt market, driving up prices on T-bills and mortgage-backed securities,” said Joel Berner, Realtor.com’s senior economic research analyst. “This allowed mortgage rates to fall, even amid inflation-cooling policies initiated by the Federal Reserve.”