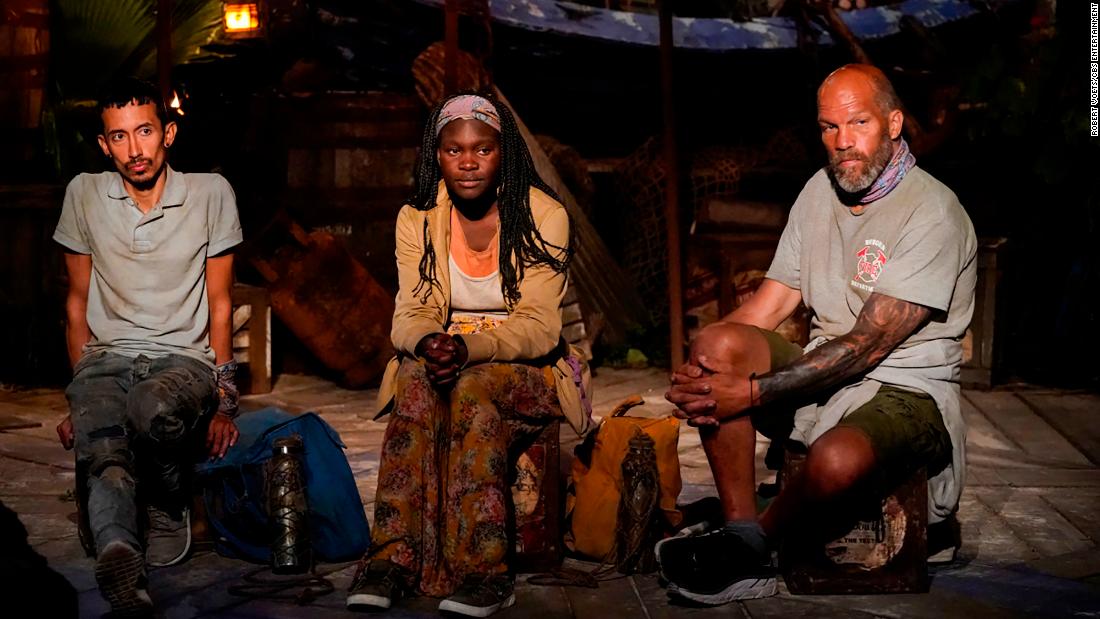 With seven votes, 24-year-old seminary student Maryanne Oketch was crowned the winner, beating out firefighter Mike Turner and pageant coach Romeo Escobar, who joined her in the final three.

Heading into the episode, five contestants were still vying for the $1 million prize, but Lindsay Dolashewich was voted out in the first tribal council of the finale and Jonathan Young lost his shot in the final three after coming up short in a fire-making challenge.

Turner earned one vote in the final count and Escobar received none.

Throughout the season, Oketch was open about wearing her emotions on her sleeve, but in the end, won out the jury after revealing she’d kept an immunity idol a secret until the very end and laid out how she’d orchestrated the ouster of one of the season’s biggest players, Omar Zaheer.