Simu Liu, Henry Golding and what it means to look 'Asian' in Hollywood 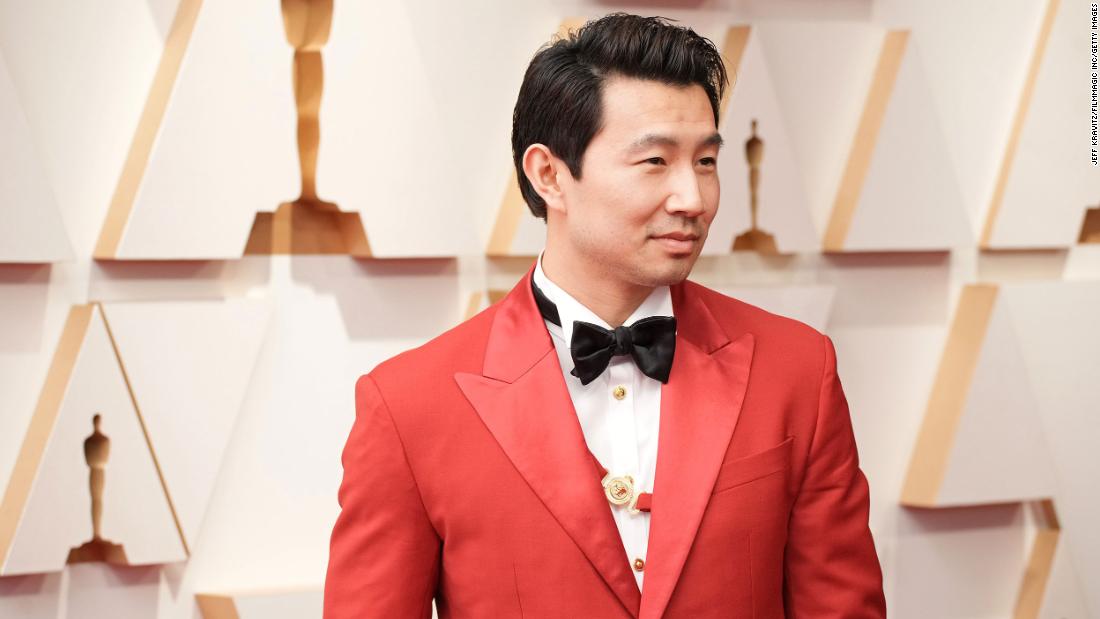 Though Liu had only expressed his disappointment at not getting a part, social media users were soon using his comments to resurface questions over the casting of British Malaysian actor Henry Golding as the lead character — and to debate whether Liu had been considered “too Asian” looking for the movie.

“In 2017 or early 2016, there were rumblings in the community that there was going to be a ‘Crazy Rich Asians’ movie, and I, being Asian, was very, very excited,” Liu said during an interview last week on the Apple podcast series “How To Fail With Elizabeth Day.”

But the actor — who was born in Harbin, in northeast China, and migrated to Canada as a child — ultimately lost out on parts in the Jon M. Chu-directed romantic drama, which featured an all-Asian cast and served as a ground-breaking moment for Asian representation in Hollywood.

“I remember distinctly asking my agent… what I could have done,” he continued, adding: “And through some sort of broken telephone, whether it had gone through a studio exec or a casting director before it got to our side, we got, ‘Well Simu doesn’t have the X-factor, the ‘it’ factor.’ And that was just such a crushing blow for me.

“I felt like I already worked so hard and come so far as an actor… It just felt like someone was telling me that I wasn’t good enough, I wasn’t likable. I didn’t have that thing that made people want to watch it,” he added. “At the time it was very difficult for me. I was trying to figure out whether I could be the lead character or whether I could only be a supporting character for my entire career.”

The actor revealed that he auditioned for two parts in the 2018 movie: Colin, the best friend of Golding’s character, and Michael, the husband of Gemma Chan’s character. And while Liu said Golding had, at that time, already been selected to play history professor Nick Young, the son of an extremely wealthy but fiercely traditional Singaporean family, social media users quickly took to Twitter to speculate about why he was overlooked.

Some online commentators suggested that Liu had been rejected for appearing “too Asian” when compared to biracial actors like Golding, whose father is White. Others suggested that lead roles were more likely to go to “White-passing” actors, a term used to describe people of color who are perceived as — or can “pass” as — White.

The ensuing debate online explored the notions of what it means to be and look Asian, with social media users chiming in with perspectives from across the world.

“I’m not surprised the studio went with the dude who’s only half-Asian to star as the main love interest for marketing purposes,” said one Twitter user. Others speculated that Liu was rejected for not meeting “Western beauty standards.”

This wasn’t the first online debate Liu has found himself dragged into. After the actor was revealed as the title character in blockbuster “Shang-Chi and The Legend of The Ten Rings,” some in China claimed he wasn’t attractive enough to play a Marvel superhero, saying that while he may be considered good looking in the West, he didn’t fit Chinese beauty standards. “I have days where I really feel sexy and on top of the world, and I have days where I don’t,” Liu said in response to the trolling in a 2021 Men’s Health interview. “But more than everything I can be at peace with who I am as a whole — my charisma, my humor, my soul.”
Nor is this the first time that Golding’s casting in “Crazy Rich Asians” has been called into question, with Singaporean newspaper The Straits Times suggesting that the movie’s choice of Eurasian actors was an example of “colorism” in a 2017 article.

Asian representation in Hollywood has been extremely limited for decades. But while Chinese, Korean and Japanese actors have experienced some degree of increased visibility in TV series and movies in recent years, actors of southeast Asian descent — like Malaysian-born Golding — are rarely seen on the big screen.

Southeast Asia, one of the world’s most diverse regions, is home to hundreds of ethnic groups spread across 11 countries and speaking thousands of languages and dialects.

Born to an English father and Malaysian mother of indigenous Iban Dayak descent, Golding commands strong support in his birth country. The actor, who moved to Surrey, England when he was 8, returned to Malaysia to pursue acting when he was 21. Speaking about his indigenous heritage in a 2017 interview with Tatler Asia, Golding said that living with tribes in Malaysia had “humbled” him.

“Irrespective of where I am, be it in Singapore, Kuala Lumpur, Los Angeles or Toronto, I always find myself reliving those moments in my head and they have definitely etched their way into the kind of person I am now,” he told the magazine.

Golding’s cultural heritage, including the origins of his hand-tapped tribal tattoos, is a matter of national pride among many Malaysians. So when his “Asian-ness” was questioned amid the debate sparked by Liu’s comments, fans in Malaysia rallied to his defense, arguing that his looks were representative of many multi-ethnic people in Southeast Asia. “Henry Golding was born and raised in Betong, Sarawak,” read one tweet. “Who are you to erase that part of him?”

Others remarked that Golding resembled men in places like Brunei and Indonesia, or said that the argument should not pit one Asian actor against another.

Liu has since taken to Twitter to say that he thought “Crazy Rich Asians” was “perfectly cast just the way it was,” including screenshots to the post from his recently released memoir, where he addressed his experience auditioning.

He shared in the book’s passage that he was now friends with the movie’s director Chu and said that he “just wasn’t right” for any of the roles. Liu wrote that Chu remembers the feedback “very differently,” but the way the message was construed would eventually motivate him to “perfect my craft and become a better actor.”

“(The movie) was a resounding victory for Asian American representation, featuring an ensemble of actors who were perfectly cast, from the painfully handsome Henry Golding and the intensely vulnerable Constance Wu… and so many more,” he added.