Opinion: The one thing Ted Cruz gets right about guns 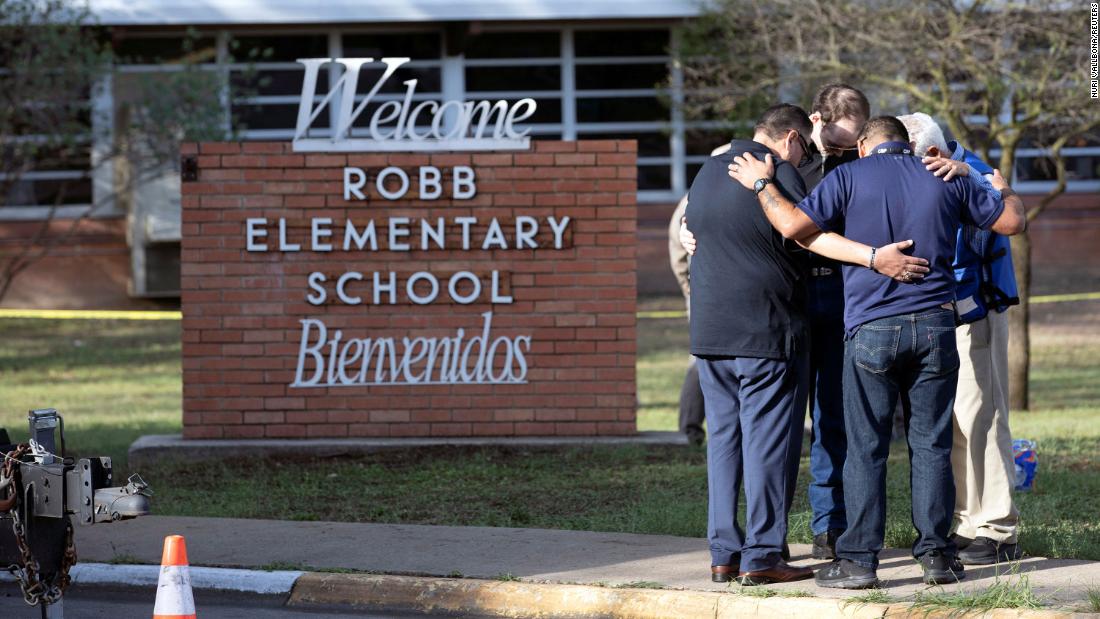 After expressing his sorrow for the victims of this mass murder, the senator warned, “When there’s a murderer of this kind, you see politicians try to politicize it, you see Democrats and a lot of folks in the media whose immediate solution is to try to restrict the constitutional rights of law abiding citizens. That doesn’t work. It’s not effective. It doesn’t prevent crime.”
Again, on cue, Cruz, along with Texas Gov. Greg Abbott and former President Donald Trump, are scheduled to be at the National Rifle Association (NRA)’s annual meeting this weekend in Houston, about 280 miles from where the terror unfolded.

Cruz’s words in the aftermath of this tragedy have become a common rhetorical move by a number of conservative opponents of common-sense gun control policies.

Each time the nation lives through another round of brutal violence, with perpetrators deploying the kinds of weapons that were once reserved for soldiers or Hollywood action thrillers, some conservatives call on those demanding that the federal government do more to curb the spread of guns to stop being so political. Yet each time conservatives make that plea, they are, in fact, politicizing guns.
This political tug of war over gun control is the reason that we have not had strong federal measures enacted since President Bill Clinton and the Democratic Congress passed the assault weapons ban in 1994. Since that legislation was signed into law, gun control policy has seen little progress. In fact, since the ban expired in 2004, it’s moved backward.
And now the Supreme Court, with its 6-3 conservative bloc, might be on the verge of ruling against one of the toughest gun control laws that the nation has in the case of New York State Rifle & Pistol Association v. Bruen. New York state has required that anyone seeking to carry a gun in public needs a license, must not have a criminal record, must have “good moral character” and needs “proper cause” to carry the weapon greater than average concerns about public safety.
Meanwhile, the nation is living through an ongoing series of mass school shootings that leave us mourning. Tuesday’s shooting at Robb Elementary comes almost a decade after the Sandy Hook Massacre. On December 14, 2012, a 20-year-old man murdered 20 children and six adults at the Sandy Hook Elementary School in Newtown, Connecticut. Some legislators responded by pushing for stronger gun control.
“We’re going to have to come together and take meaningful action to prevent more tragedies like this, regardless of the politics,” said then-President Barack Obama. The National Rifle Association called for armed security guards in schools. Other elected officials, primarily Republicans, call for “thoughts and prayers,” but little more.
With each new shooting, the pattern has repeated itself: the outrage mounts, the proposals for gun reform emerge, many NRA-backed elected officials — concentrated in the GOP — stand their ground and resist any policy change. Some tell proponents of controls to stop playing politics with the issue while they wait until public attention moved on. Their strategy works.

Over time, ostensibly due to the growing death toll by way of shooting, public opinion has shifted in favor of stronger gun control.

A 2019, Pew Research Center study found that 93% of Democrats and 82% of Republicans supported background checks for private gun sales and those at gun shows. In a 2021, Pew found that 53% of Americans believe gun controls needed to be stricter. This position had much stronger support among Democrats than Republicans, but the number of supporters across political parties for nonspecific gun reform constituted a majority
Following public opinion, there have been proposals that command bipartisan support, such as HR 8, legislation passed by the House in 2019, which would expand federal background checks for gun purchases. But, like so many other proposed laws, the legislation has been stifled in the Senate.
Diagnosing the problem at the heart of the Senate stalemate, Golden State Warriors coach Steve Kerr said in an emotional statement Tuesday, “I ask you, Mitch McConnell, I ask all of you senators who refuse to do anything about the violence and school shootings and supermarket shootings, I ask you: Are you going to put your own desire for power ahead of the lives of our children and our elderly and our churchgoers? Because that’s what it looks like.”

Kerr, a longtime advocate or gun control, hit the nail right on the head. The reason we don’t pass gun reform comes down to politics.

Gun control opponents have powerful political influence. Organizations such as the NRA, the National Shooting Sports Foundation, the National Association for Gun Rights and others command large and loyal membership bases as well as financial war chests. They have invested heavily in the political system, leaning in recent years on Republicans, as Democrats have become more vocal about their support of gun control policy.

Republican leaders know which side their bread is buttered on. Add to this an era of gerrymandered House districts and highly polarized state electorates and it’s no mystery why Republican legislators remain staunchly against meaningful reform: They simply hope to win reelection.

To be sure, there are Democrats who follow these same incentives of money and power as well. But even Sen. Joe Manchin of West Virginia, a staunch supporter of gun rights, has supported efforts to expand background checks. By and large, Democrats are more supportive of this type of legislation. Increasingly, the failure to pass gun control is a Republican-created problem.

The reason pressure keeps growing for Washington to take action is not politics, it’s the endless, senseless killings that keep happening at the hands of people with guns. Back in 2015, during an interview with the comedian Marc Maron on his podcast WTF, former president Barack Obama laid out the facts.

“Unfortunately, the grip of the NRA on Congress is extremely strong,” he said. “The question is just: is there a way of accommodating that legitimate set of traditions with some common-sense stuff that prevents a 21-year-old who is angry about something or confused about something or is racist or is deranged from going into a gun store.”

In the wake of this latest tragedy, Sen. Cruz is right about one thing: The politics must stop. It’s time to move forward with gun control legislation and refuse to allow the political interests who keep standing in the way of protecting our citizens — including our children.