Boeing's Starliner capsule on its way home from test mission 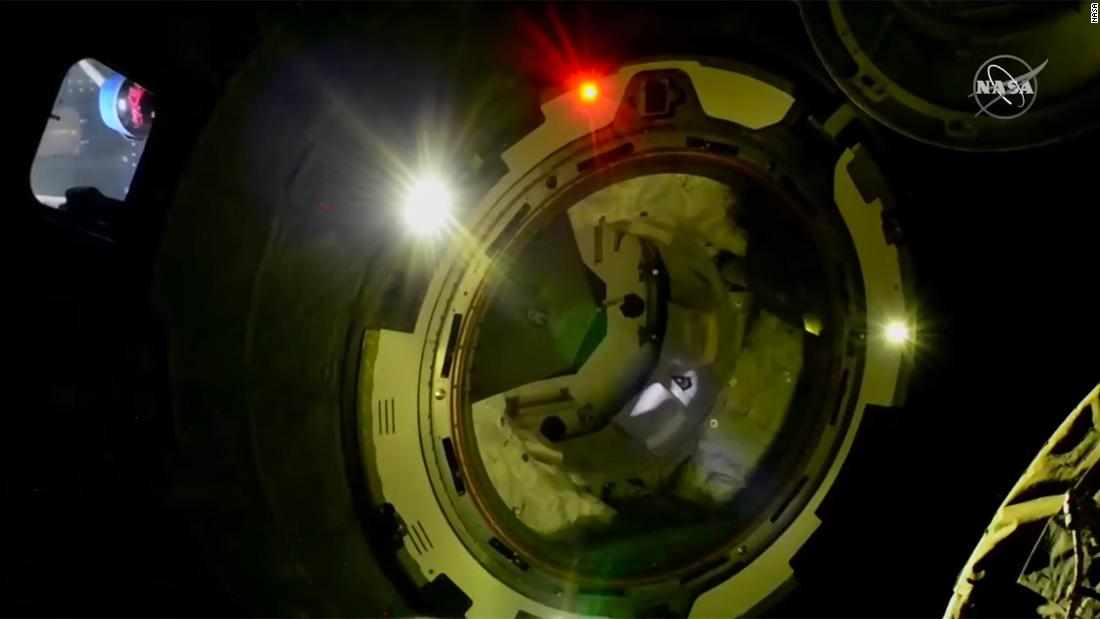 As it approaches the thick inner shell of the Earth’s atmosphere, the spacecraft will ignite its thrusters in a fiery blaze of heat and speed before deploying parachutes to slow its descent. It’s expected to land in a puff of sand in a remote area of the New Mexican desert, called White Sands, which has long been the site of aerospace and weapons tests.

If all goes well with the landing, the Starliner, which is crewed only by a spacesuit-clad mannequin for this test mission, could fly its first load of NASA astronauts to the ISS by the end of 2022.

This test mission, however, has already encountered a few minor setbacks, including issues with four of the spacecraft’s on-board thrusters, which orient and maneuver the vehicle as it flies through space. The thruster hitch did not impact the overall mission, as the Starliner is equipped with backups, Boeing and NASA officials told reporters. But it does raise questions about the root cause of the problem and whether it could point to deeper issues on a spacecraft that has grappled with numerous technical hangups throughout its development.

A series of data and hardware issues also held up Starliner’s ability to dock with the ISS on Friday.

“I don’t know about you, but the last few hours have been excruciating,” NASA associate administrator Kathryn Lueders said during a press conference Friday night. “Seeing that beautiful spacecraft sitting right out of reach of ISS was pretty tough. But as we’ve talked about over the last few days, this is a really critical demonstration.”

Ultimately, the spacecraft was able to latch onto its port after about an hour-long delay.

Notably, the first attempt to send the Starliner on an orbital test run in late 2019 had to be cut short — taking the vehicle directly back to land rather than to an ISS docking — after software issues sent the vehicle off course. It took nearly two years of troubleshooting before the Starliner was ready to return to the launch pad. Then, an issue with sticky valves further delayed the capsule’s return to flight.

Despite its setbacks, NASA has stood by Boeing, which is one of two companies — the other being SpaceX — that the space agency tapped to build an astronaut-worthy spacecraft after the Space Shuttle Program retired in 2011. While even the space agency initially expected that Boeing, a decades-long partner of NASA’s, would beat SpaceX to the launch pad, Boeing is now two years behind its rival.

SpaceX’s Crew Dragon spacecraft entered operation in 2020 and has flown five missions for NASA so far.

After this Starliner test mission concludes, NASA and Boeing will work through the data the spacecraft collected and attempt to reach an agreement that it’s ready to fly astronauts.

“We intended to learn a lot,” Boeing’s Starliner program manager Mark Nappi told reporters Friday. “We’re going to take that information and apply it in the development of our spacecraft. We are very satisfied by what we’ve learned how the team has reacted to it.”

NASA’s hope is that Boeing’s Starliner and SpaceX’s Crew Dragon will give its human spaceflight program redundancy, meaning that if one spacecraft or the other enounters and issue and has to be grounded, it won’t affect NASA’s ability to get crew to the ISS.