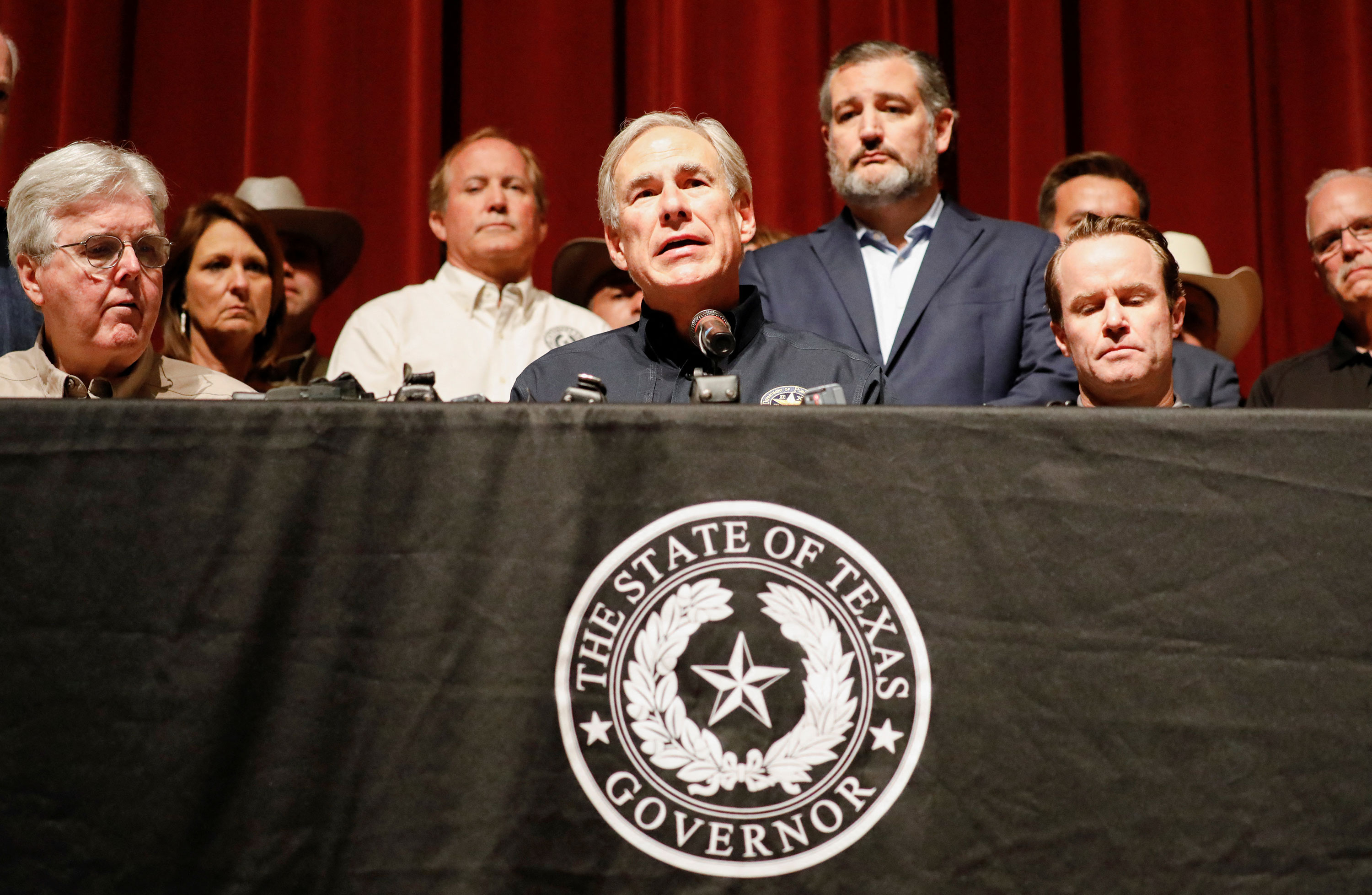 “Before coming out here, we had a long discussion with law enforcement at all levels … and I asked the sheriff and others an open-ended question and got the same answer from the sheriff as well as from the mayor of Uvalde. The question was, what is the problem here? And they were straightforward and emphatic. They said … ‘we have a problem with mental health illness in this community.’ And then they elaborated on the magnitude of the mental health challenges that they are facing in the community and the need for more mental health support in this region,” Abbott said.

Just prior to these remarks, Abbott said the gunman used an AR-15 to carry out the shooting and had no known mental health history.

The governor also said that mental health services and counseling is available for the community affected by the shooting.

When later asked by a reporter about an 18-year-old’s ability to purchase firearms, Abbott doubled-down and said it’s a “mental health challenge” whenever someone uses a gun to shoot someone else.

“So the ability of an 18-year-old to buy a long gun has been in place in the state of Texas for more than 60 years, and think about during the time over the course of that 60 years, we have not had episodes like this, and why is it that for the majority of those 60 years we did not have school shootings and why is it that we do now?” the governor said.

Abbott also compared Texas’s gun laws with those in cities like Chicago and New York.

“There are, quote, real gun laws in Chicago. There are, quote, real gun laws in New York. There are ‘real’ gun laws in California. I hate to say this, but there are more people who were shot every weekend in Chicago than there are in schools in Texas,” he claimed. “And we need to realize that people who think that ‘maybe if we could just implement tougher gun laws, it’s going to solve it.’ Chicago and LA and New York disprove that thesis. And so if you’re looking for a real solution, Chicago teaches that what you’re talking about is not a real solution. Our job is to come up with real solutions that we can implement.”