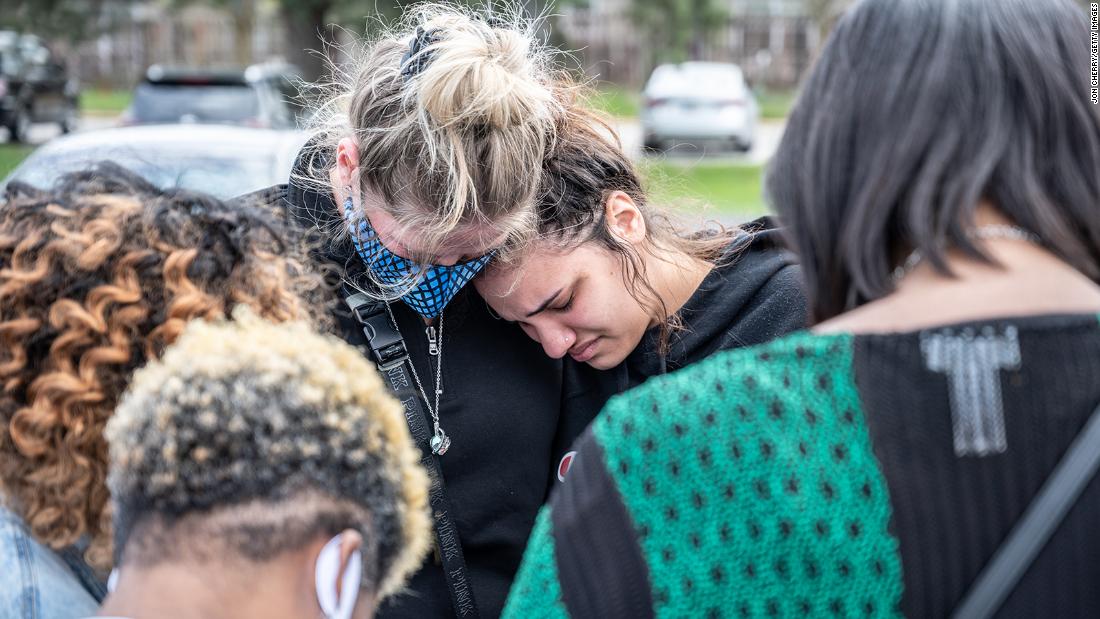 The FBI report defines an active shooting incident as when “one or more individuals actively engaged in killing or attempting to kill people in a populated area.” The term “active” refers in particular to the ongoing nature of an incident in which the response — of civilians or emergency services — can still affect its outcome.

In all, the report examines what has become a regular part of modern American life: the proliferation of high-powered firearms along with the technologies that allow people to report their use in crimes or attacks in real time.

It tallied 61 active shooter incidents in 30 states in 2021, resulting in 103 people killed and 140 wounded, excluding the shooters. Shootings deemed to be self-defense, gang violence, and “contained” residential or domestic disputes were excluded from the tally, the FBI said.

It marks the highest number of deaths in active shooter incidents since 2017 when 143 people were killed and 591 were wounded, a total buoyed by the mass shooting at the Route 91 Harvest festival in Las Vegas.

Twelve of last year’s active shootings met the federal government criteria of a mass killing, which is defined as a single incident resulting in three or more fatalities.

The deadliest active shooter incident last year occurred at the King Soopers grocery store in Boulder, Colorado, where 10 people were killed.
That is a grim total already matched in 2022, as just last week an 18-year-old gunman allegedly killed 10 people and wounded three others at a supermarket in a Black neighborhood of Buffalo, New York, in what police say was a racist hate crime.
The FBI report also covered the active shooting at a FedEx facility in Indiana in which eight were killed and seven were wounded; shootings targeting Asian women at several Atlanta-area spas; the mass shooting at Oxford High School in Michigan that killed four students and wounded seven others; and the shooting at a Kroger grocery store in Tennessee that left one dead and 14 wounded.
The report noted an emerging trend last year involving “roving active shooters,” in what it described as “shooters who shoot in multiple locations, either in one day or in various locations over several days.” About 27 incidents in 2021 involved a person shooting at others in multiple locations, the FBI said. The Atlanta spa shootings were one such example, as was a series of eight shootings in the Phoenix area last June that left one person dead and 12 wounded.
Of the shooters, the FBI said the vast majority were male, with just one of the 61 recorded incidents involving a female shooter. In that incident, a 12-year-old girl allegedly wounded three people at an Idaho middle school before she was disarmed by a teacher.

Following their attacks, 30 shooters were apprehended by law enforcement, 14 were killed by officers, 11 died by suicide, four were killed by armed citizens and one died in a vehicle crash. One shooter remains at large, following a drive-by shooting at a Houston hookah bar last June.

“The FBI remains steadfast in its efforts to train private citizens, as it is imperative that citizens understand the risks faced and the resources available in an active shooter situation,” the agency said in a statement.