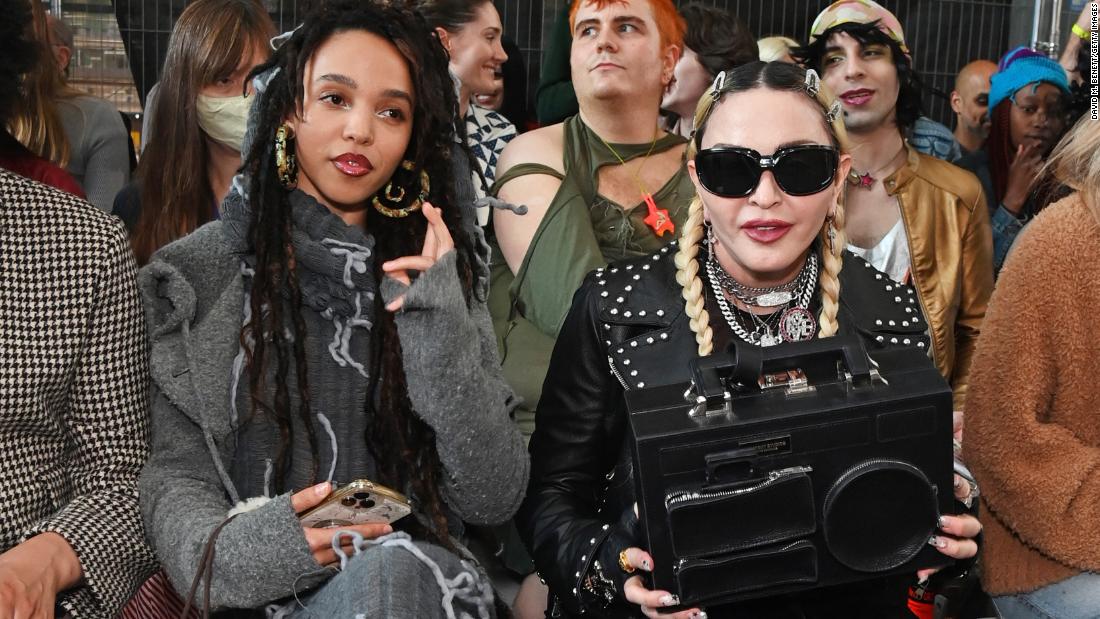 Designs on the runway ranged from political to futuristic, with one designer sending 3D QR codes down the catwalk. When scanned, users were taken to a specially engineered Instagram filter that contained renders of the designs. Another look included a transparent pregnant stomach.

Both FKA Twigs and Madonna have a pre-existing relationship with the college. Rocco Ritchie, Madonna’s son, currently studies Fine Art at Central Saint Martins. Whereas FKA Twigs regularly supports the CSM alumni — often wearing designs created by freshly graduated artists, like the wet look dress she wore during a Jools Holland performance by Dimitri Petsa in 2019. This year, the artist enlisted the help of final year fashion student, Yasmin Whitlock, to create some of the props used in her most recent mixtape video “CAPRISONGS.”