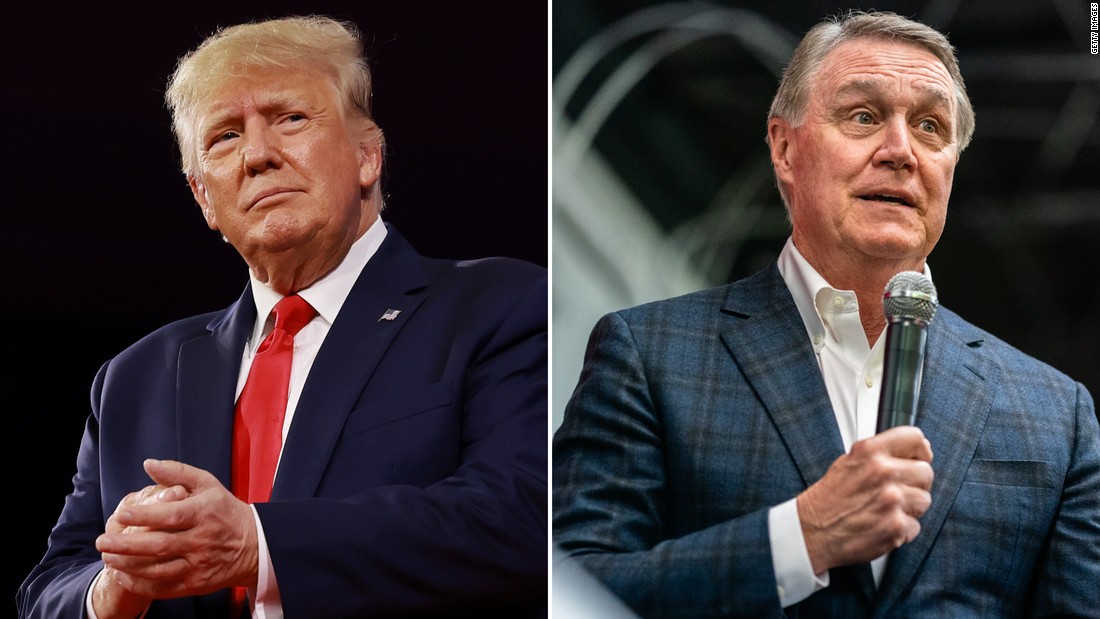 Trump handpicked Perdue, his close political ally, to challenge Kemp, and then held rallies and fundraisers to support him. Trump and his aligned outside groups have poured millions of dollars into Georgia with one group flatly proclaiming in a video posted on Twitter, “You can’t say you support Trump if you vote for Brian Kemp.”
Despite this unprecedented effort by the former president and his allies against a sitting office holder from his own party, Kemp rolled to a clear victory Tuesday and now turns his attention to the fall election in a repeat contest against Abrams, whom he narrowly defeated in 2018.

How did this happen? Kemp’s primary win demonstrates that while the US (and Georgia) may not have returned to politics as usual, two critical rules of politics still apply.

The first rule, as often credited to former House Speaker Tip O’Neill, is that “All politics is local.” At the end of the day, except for the most ardent partisan ideologues, most voters focus on narrow concerns closest to their hearts and homes.
Kemp has a record of supporting social conservative issues and prioritizing the GOP base’s causes and concerns. He moved to have Georgia be one of the first states to re-open amid the Covid-19 pandemic, signed a bill that would ban most abortions after six weeks in the state and the “parents bill of rights,” asserting greater parental involvement in public schools. He also pushed a controversial “Georgia Election Integrity Act,” signed a bill that allows Georgians to carry handguns in public without a license and responded to widespread public safety concerns by promoting strong measures to combat the rise in crime in Atlanta and other areas of the state. While many of these initiatives have been strongly criticized by Democrats and outside progressive groups around the country, they played very well with the Georgia Republican base.
In addition, for the business-focused Republican voters in the state, Kemp is presiding over a robust state economy with an unemployment rate at 3.1% — half a point lower than the national average — and signed a $1 billion income tax cut into law last month. The state continues to be ranked as one of the top states in the country to do business and a series of announcements touting new industries moving to Georgia was recently capped off by the news of a massive $5.5 billion Hyundai plant to be built outside of Savannah. This business-friendly approach led the Georgia Chamber of Commerce last fall to endorse Kemp’s re-election bid.
Finally, Kemp has also appealed to more socially moderate suburban Republican voters in the wake of the tragic murder of Ahmaud Arbery in 2020 by first ordering the Georgia Bureau of Investigation to take over the inquiry into his death and later working to first pass and then sign Georgia’s new hate crimes bill — and then repealing the state’s Civil War-era citizen’s arrest law.
Against Kemp’s substantive conservative track record and overtures to more moderate suburban voters, Perdue has badly stumbled over a second rule in politics –“beating an incumbent ain’t easy” — and that is especially true if you can’t offer a clear alternative. Perdue’s attempts to distinguish himself quickly turned desperate, clumsily appearing to attack the governor for a teachers’ pay raise and cutting gas taxes, typically red meat for the Republican base, before having to back track. He then attacked a new proposed Rivian plant lured to rural Georgia by Kemp.
After these efforts failed, Perdue was left with parroting the former president’s unsubstantiated and debunked election fraud claims and by arguing that he would be a stronger opponent against Abrams, a claim not supported by polling or recent history, having just lost a high-profile state race in 2020 in contrast to Kemp’s defeat of Abrams in 2018. As a result, by primary day Perdue’s efforts to distinguish himself simply collapsed.

So where does this leave Trump? In the classic 1975 movie “The Man Who Would Be King,” Sean Connery’s character is a rogue figure who sets himself up as a God/King in a remote foreign land. When his local royal court discover, however, that he is a mere mortal, let’s just say things go very badly for him and his companions. Will the former president face a similar fate from other Republican leaders after his setback in the Georgia governor’s race? Despite some folks hopes on both sides of the political aisle, probably not, at least for the time being.

While the outcome in Georgia is clearly a personal setback for the former president, he remains a force to be reckoned with in Georgia and elsewhere. In the Georgia US Senate race, for instance, his chosen candidate, former University of Georgia football great Herschel Walker, won handily. It is simply that no one, Trump himself or his detractors, should expect even his most ardent supporters to always follow him. As one of his faithful Georgia supporters put it in the Savannah Morning News, “[Trump’s] not Jesus. I don’t blindly follow anybody but Jesus.”