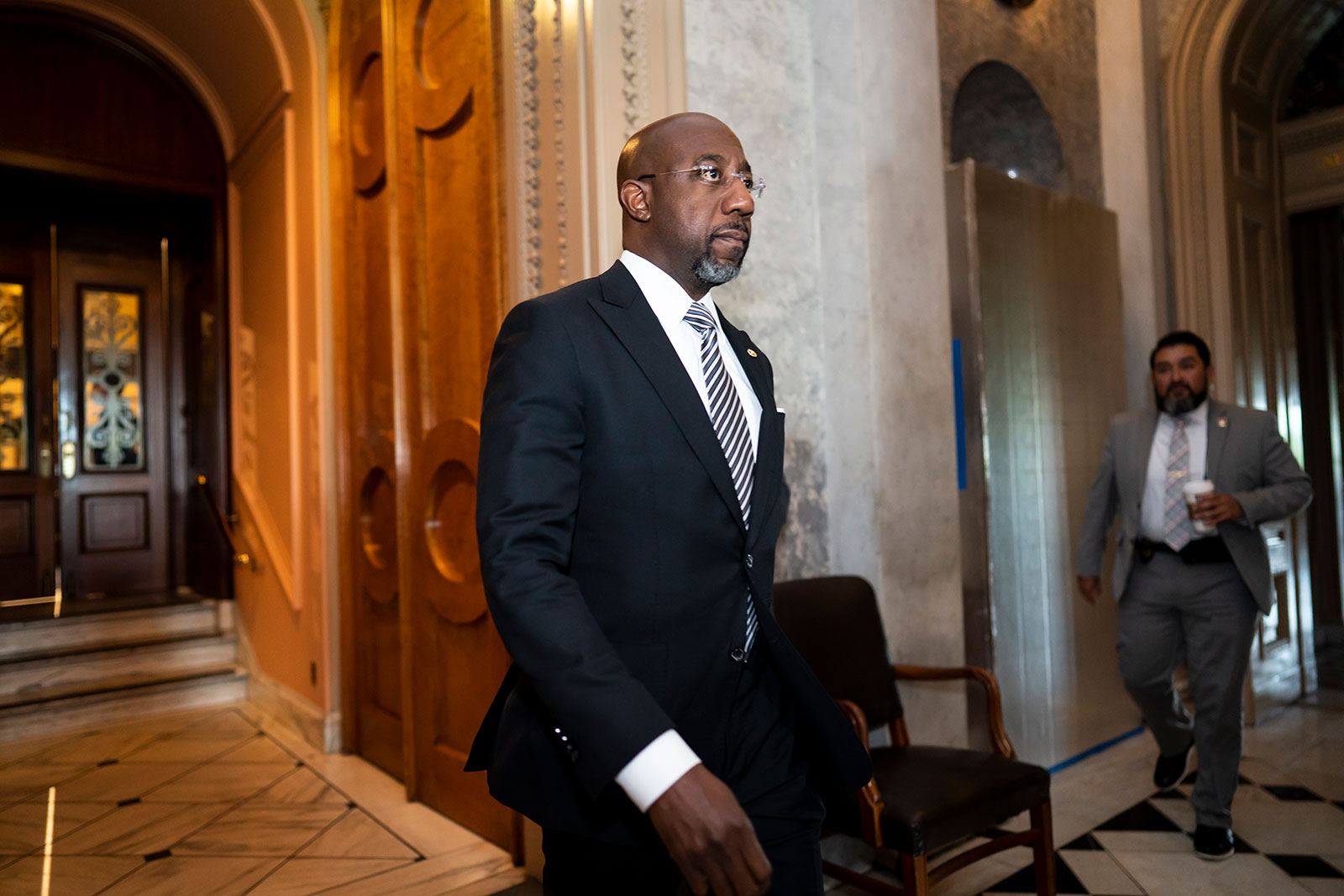 The Republican primaries for governor and Senate in Georgia have captured national attention, with former President Donald Trump flexing his endorsement muscle for former US Sen. David Perdue, who is challenging incumbent Gov. Brian Kemp, and for former football star Herschel Walker, who is the front-runner for the GOP Senate nomination.

The Republican primary for the open Senate seat in Alabama is likely heading to a June runoff, with none of the leading candidates expected to secure a majority of the primary vote today. In March, Trump rescinded his endorsement of US Rep. Mo Brooks in that race. The state’s Republican governor, Kay Ivey, is favored to win her primary in her bid for a second full term, potentially without a runoff.

Arkansas GOP Sen. John Boozman, who has Trump’s backing as he seeks a third term, will be hoping to avoid a runoff in today’s primary that features three challengers. Sarah Huckabee Sanders, who served as press secretary in the Trump White House, is favored to win the Republican primary for Arkansas governor, an office her father, Mike Huckabee, held from 1996 to 2007.

There are also key US House primaries taking place today, especially in Georgia and Texas, where the top two vote-getters from the Lone Star State’s March 1 primaries face off in runoffs. There are also competitive primaries for seats seen as safe for either party, where the winners will be overwhelming favorites in November. And in Minnesota, voters in the 1st Congressional District will pick their nominees in the special election for the seat of the late Republican Rep. Jim Hagedorn.

House elections are taking place under new congressional lines that were redrawn in redistricting following the 2020 census. Republicans drew the new maps in Georgia, Alabama, Arkansas and Texas. The special election in Minnesota — which is for the term that ends in January 2023 — is taking place under the existing boundaries.

Here’s a look at the House races we’re watching today:

Longtime Democratic Rep. Sanford Bishop is running for a 16th term representing this southwestern Georgia district that became slightly less Democratic in redistricting but still would have backed Joe Biden by 10 points. Republicans are targeting the seat this cycle, and their fundraising leader in the primary is Army veteran Jeremy Hunt, a West Point graduate who was recently recognized as an “on the radar” candidate by the National Republican Congressional Committee. Hunt is among several Black Republicans running for Congress this year in competitive seats.

Two-term Democratic incumbent Lucy McBath opted to run in the neighboring 7th District after redistricting transformed her suburban Atlanta seat from one that backed Biden by 11 points to one that Trump would have won by 15 points. The winner of the nine-way Republican primary will be the favorite for the general election, but it remains to be seen if a candidate will be able to win without a runoff. Emergency room doctor and Marine veteran Rich McCormick, who narrowly lost a bid for the 7th District in 2020, and Trump-endorsed attorney Jake Evans, the former chairman of Georgia’s State Ethics Commission, are seen as the front-runners on the GOP side. Other Republicans running include former state Rep. Meagan Hanson and self-described “Maga Mom” Mallory Staples.

Rep. Carolyn Bourdeaux was the only Democrat to flip a competitive US House seat in 2020. Biden carried her suburban Atlanta district under its current lines by 6 points, but he would have won the new version of the seat by by 26 points. McBath’s decision to run for the redrawn seat sets up an incumbent-versus-incumbent primary with Bourdeaux. McBath, who has a national profile as an advocate for gun violence prevention, raised $4.4 million through May 4, compared with $3.2 million for Bourdeaux. The presence of state Rep. Donna McLeod in the primary could mean this race heads to a runoff.

With GOP Rep. Jody Hice running for Georgia secretary of state, several Republicans are looking to succeed him in this district east of Atlanta that stretches to the South Carolina border. The primary will offer a test of Trump’s endorsement power — former Democratic state Rep. Vernon Jones, who switched parties in 2021, ended his bid for the GOP gubernatorial nomination in February and switched to the 10th District race with Trump’s backing. But Jones has lagged in fundraising, bringing in $337,000 through May 4. Businessman Mike Collins, the son of the late Georgia GOP Rep. Mac Collins, is the fundraising leader, raising $1.1 million through May 4, including a $531,000 personal loan. This is Collins’ second bid for the seat after losing in a primary runoff to Hice in 2014. Other Republicans seeking the party nod include former state Revenue Commissioner David Curry and businessman Marc McMain, both of whom have partly self-funded their campaigns, and former US Rep. Paul Broun, who held this seat before Hice. The winner of the GOP primary would be favored for November in a seat Trump would have carried by 23 points in 2020.