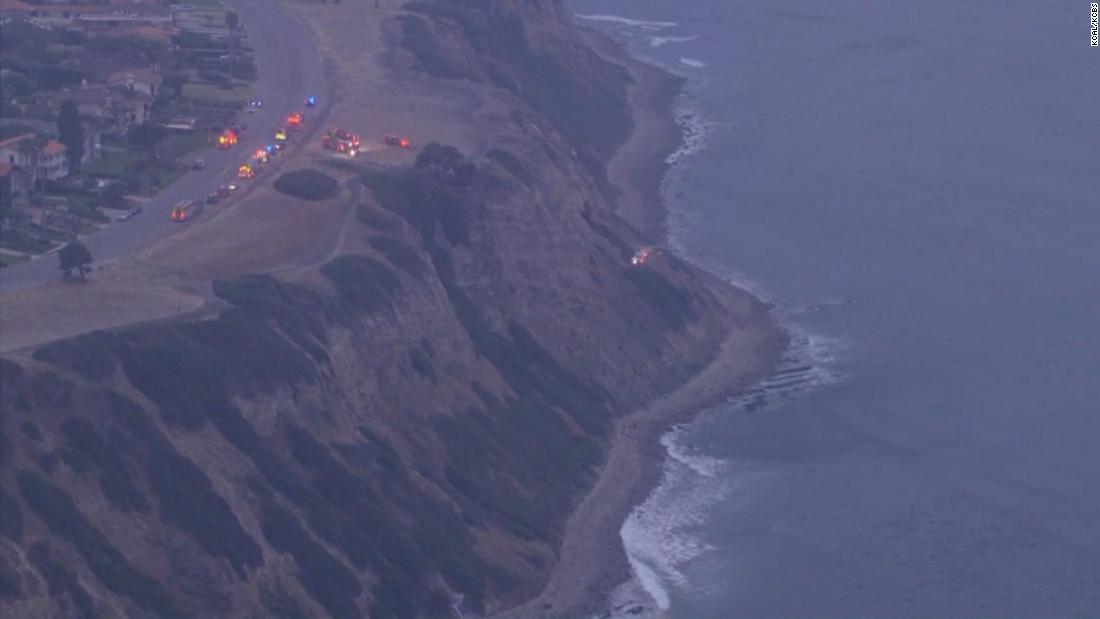 A woman lost her footing Monday and slipped over the cliff, 200 to 300 feet high, and when the others tried to save her from falling, they, too, plummeted down the sheer bluff, Palos Verdes Estates Police Capt. Steve Barber said.

No foul play is suspected, and evidence at the scene indicated the party had been drinking, authorities said.

One of the men who tumbled down the cliff suffered minor to moderate injuries but managed to climb back up to a nearby roadway, where he was discovered by a police officer patrolling at about 4:30 a.m. Monday.

The woman who slipped, along with another woman who fell, were rescued by Los Angeles County firefighters who rappelled from a helicopter to bring them to safety.

The man who died has been identified as Jerardo Huitzil, 25, the Los Angeles County Coroner’s Office said.

The group is believed to have been at the cliff’s edge for about five hours prior to the fall, Barber said.

“We are looking at this as an accident,” said Barber.