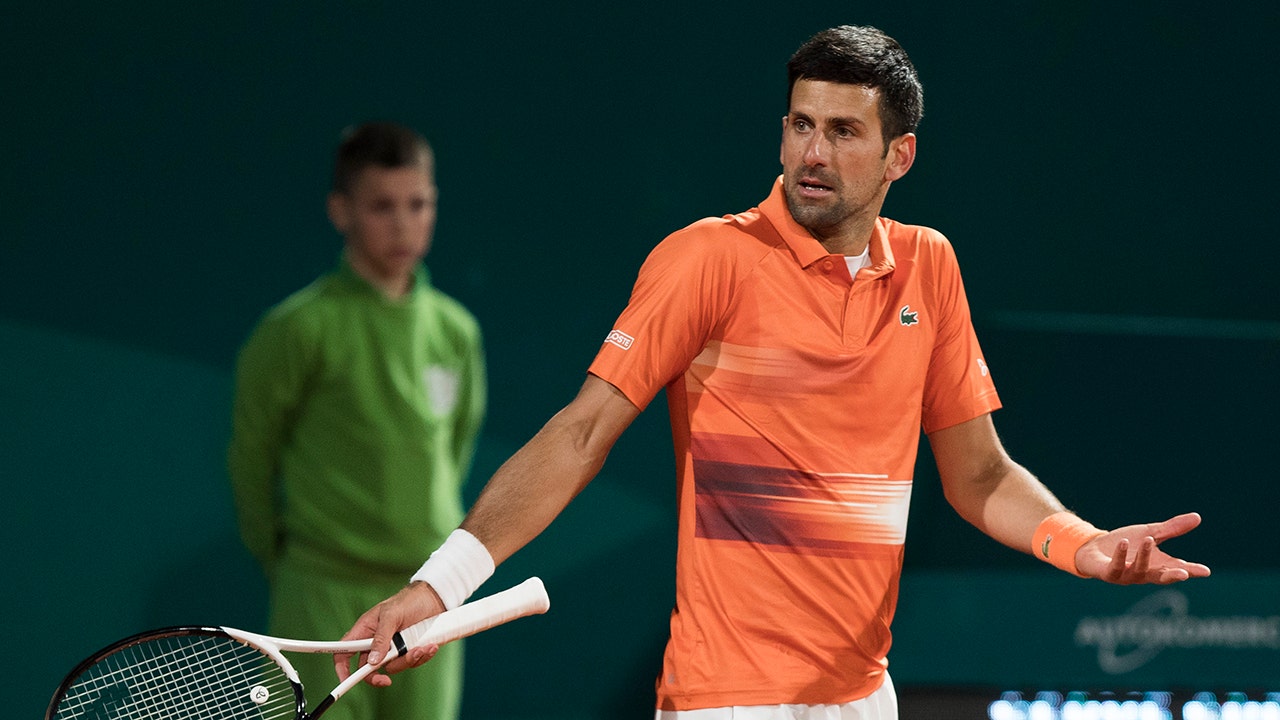 Tennis star Novak Djokovic says that he “still intends to go to Wimbledon,” even though the Association of Tennis Professionals (ATP) has stripped the tournament of its points because it banned Russians and Belarussians from participating.

Djokovic, the No. 1 men’s tennis player in the world and the defending Wimbledon champion, said after the first round of the French Open, “Yes, I intend to go to Wimbledon.”

However, he still leveled plenty of criticism at the tournament for its decision regarding Russian and Belarussian players.

“Collectively I’m glad that players got together with the ATP and showed to the Grand Slam that when there is a mistake happening, and there was from the Wimbledon side. Then we have to show that there is going to be some consequences.”

He also claims that the All England Club hasn’t discussed “with anybody from ATP or any individual players or for that matter Russian or Belarusian players to just communicate and understand whether there is common ground where both sides could be making a compromise and something could work out.

“So I think it was a wrong decision. I don’t support that at all. It’s alose-lose situation for everyone.”

However, the 35-year-old native of Serbia still recognizes the magnitude of the event.

FILE – Serbia’s Novak Djokovic celebrates after defeating Italy’s Lorenzo Sonego in their semifinal match at the Italian Open tennis tournament, in Rome, May 15, 2021. Djokovic won 6-3 6-7 6-2 and will play Rafael Nadal in the final. Novak Djokovic is ready to move on from the controversy surrounding his refusal to get vaccinated against COVID-19.
(AP Photo/Gregorio Borgia, File)

“Of course a Grand Slam is still a Grand Slam. Wimbledon for me was always my dream tournament when I was a child. “

And Djokovic has already missed out on one Grand Slam earlier this year when he was deported from Melbourne and couldn’t participate in the Australian Open back in January because he remains unvaccinated against COVID-19.

The winner of each Grand Slam tournament — Wimbledon and the Australian, French and US Opens — earns 2,000 points towards his or her ranking. So without points from the Australian Open or Wimbledon, Djokovic’s points total has taken a hit this year.

Novak Djokovic of Serbia reacts during the match against Laslo Djere of Serbia during the day three of Serbia Open ATP 250 Tournament at Novak Tennis Centre on April 20, 2022 in Belgrade, Serbia.
(Photo by Nikola Krstic/MB Media/Getty Images)

Djokovic isn’t the only world-famous tennis player with misgivings about Wimbledon. Women’s star Naomi Osaka says she does not intend to play in it this year, since “it’s more like an exhibition” and she’s “the type of player that gets motivated by seeing (her) ranking go up,” which can’t happen without points.

The Women’s Tennis Association opted to strip Wimbledon of its points almost a week ago, Anthony Farris of OutKick reported.