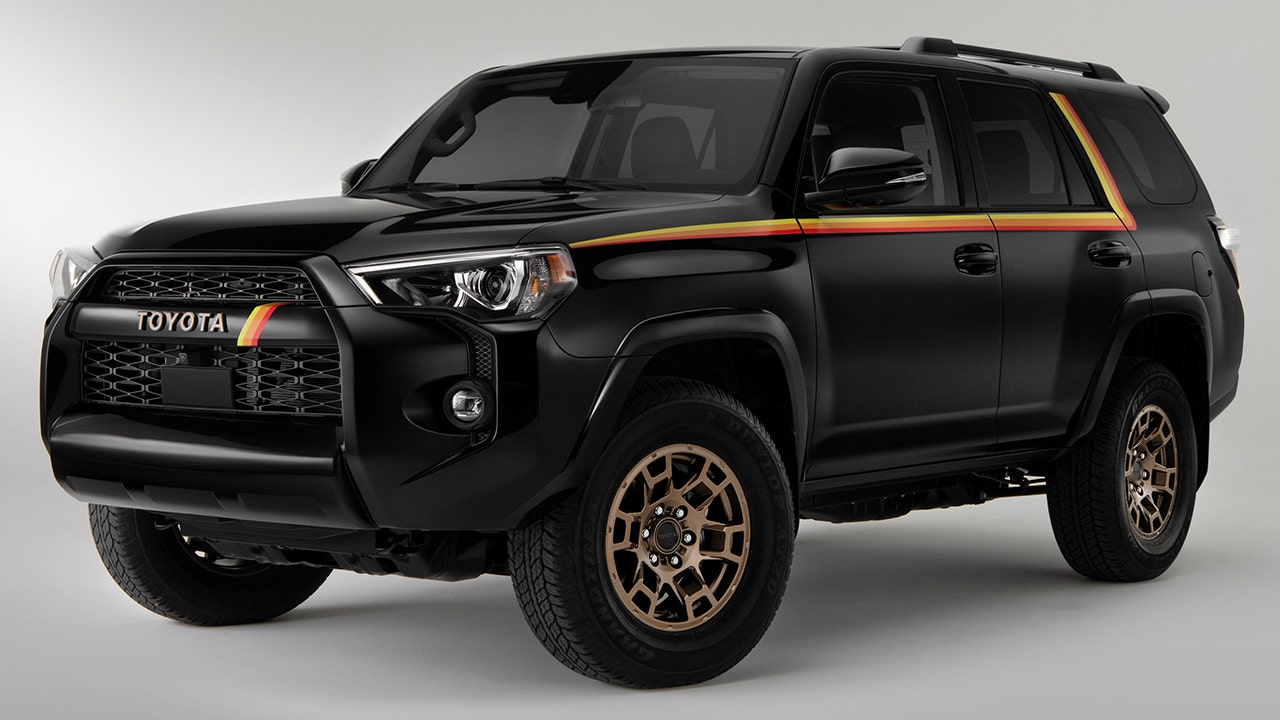 The 2022 Toyota Tundra is the first new Tundra since 2007 and the first available with a hybrid powertrain that Fox News Autos Editor Gary Gastelu says makes it the closest thing to a Prius pickup you can buy today.

Toyota is going back in time.

The automaker has revealed a limited edition version of the 4Runner to celebrate the SUV’s 40th anniversary in the U.S.

The trim is based on the 4Runner SR5 Premium, but adds several unique touches.

Foremost among them is a heritage graphics package with throwback red/orange/yellow striping, which was a popular aesthetic in the era.

WHERE IS THE MISSING STAR WARS TOYOTA CELICA?

There’s also a commemorative badge on the tailgate and a set of bronze-colored 17-inch-wheels.

Inside, the model features bronze stitching and 40th Anniversary logos on the dashboard, floormats and embossed into the headrests.

THE 2022 TOYOTA TUNDRA IS THE POWERFUL PRIUS OF PICKUPS

Two-wheel-drive and four-wheel-drive versions will be offered, but only with black, red, or white paint.

Toyota will only build 4,040 of the anniversary 4Runners.
(toyota)

The current fifth generation 4Runner is a bit of a fossil itself, as it was first launched in 2010. Toyota hasn’t officially said when it will be replaced with an all-new truck, but the carryover 2023 model suggests that it won’t happen before 2024.