Democratic socialist candidate slammed for calling on people to break into houses: 'Why not just be lawless?' 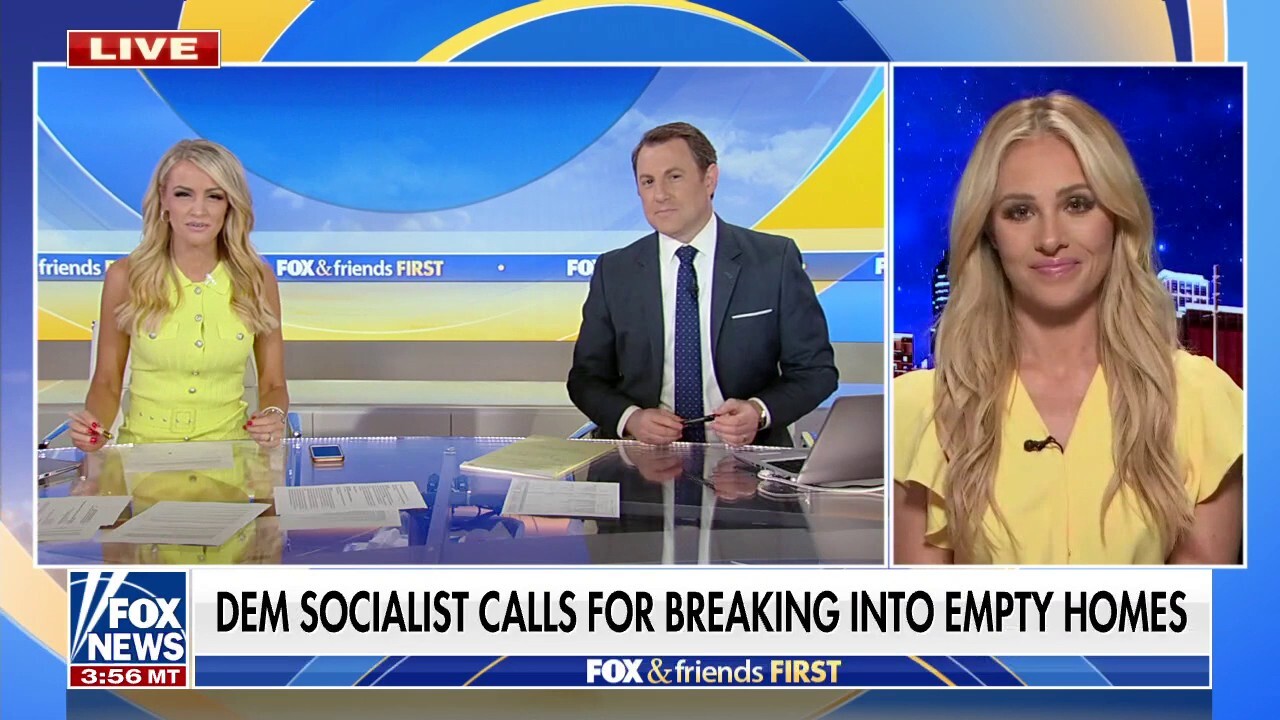 Fox Nation host Tomi Lahren slammed self-described Democratic Socialist congressional candidate Rebecca Parson for an ad encouraging people to break into empty homes, telling Fox News’ Todd Piro and Carley Shimkus that the candidate and the radical element of her party promote “lawless” behavior. During the Tuesday “Fox & Friends First” appearance, Lahren argued that radical Democrats “don’t care” about struggling Americans and instead encourage people to combat homelessness by taking things if they do not have what they want.

TOMI LAHREN: This person also refers themselves as a Democrat socialist, so I think that you know my answer to that one, but this also is the mindset of the radical Democrat Party, or at least the voices that comprise the majority of the radical Democrat Party and speak for the Democrat Party as a whole. They believe that, if you don’t have something, you might as well just take it. The leaders of their party have made this nation unaffordable for most average Americans. But instead of advocating for affordability or things that would bring prices down, that would ease the actual homeless crisis and problem in states like Washington, California and elsewhere, they believe if you don’t have it, you might as well just take it and forget all those Americans out there that bust their butts day in and day out to afford their mortgage, to afford their rent, to afford to fill up their gas tank in Biden’s unaffordable America. These Democrats don’t believe that those people matter. No, why not just be lawless and take what you want?

WATCH THE FULL INTERVIEW BELOW