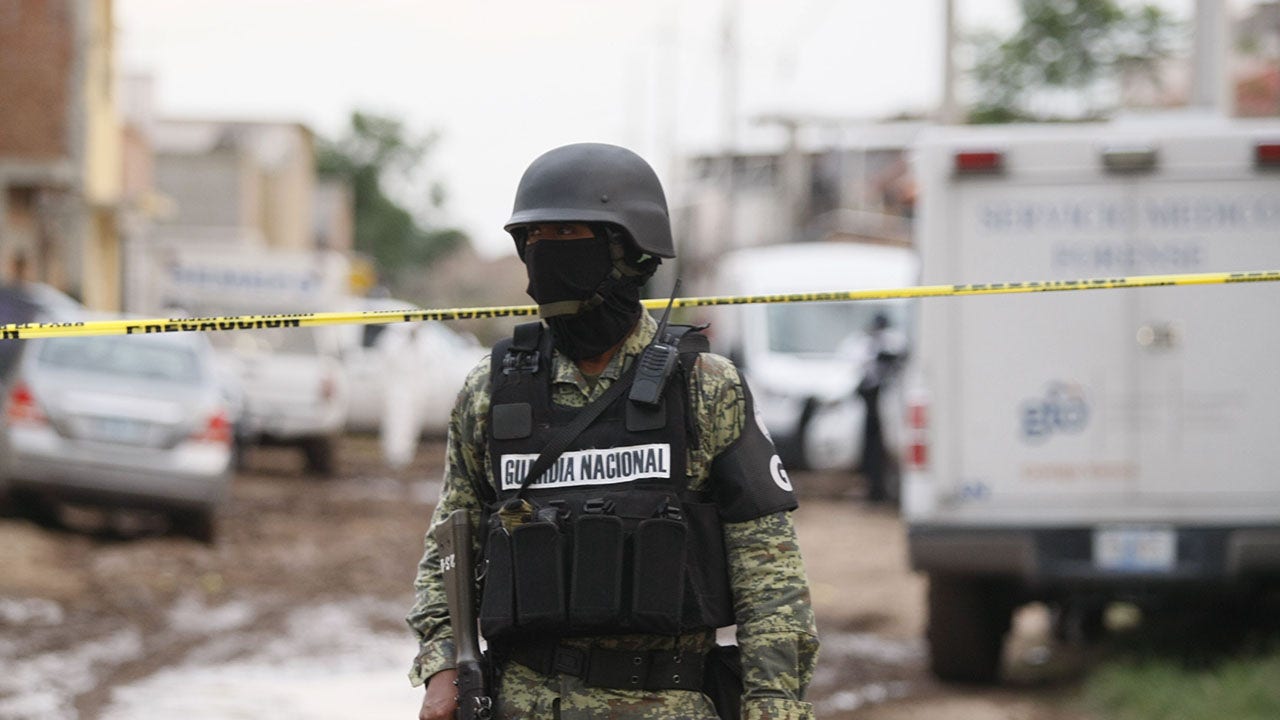 A shooting at a Mexican hotel killed nearly a dozen people and injured several others Monday.

Telemundo 52 reported that at least 11 people have died, and another five were injured at the Gala hotel and bar located on Celaya in the Mexican central state of Guanajuato around 10 p.m.

A group of about 15 armed men wearing hoods hopped out of two trucks and opened fire on unsuspecting clients and employees at the hotel and bar. As more than 50 rounds rang out, the attackers reportedly also burned the storefronts of two businesses nearby using homemade bombs, according to the outlet.

The suspects quickly fled the scene, as guests hearing the gunfire shuddered in hotel rooms. Multiple law enforcement agencies arrived at the scene to find four people, two men and two women, dead in the hotel, as well as another six, five additional women and one man, dead by the bar.

FILE – This photo shows a member of the Mexican National Guard standing outside a rehabilitation center attacked by armed assailants in Irapuato, Guanajuato, Mexico, July 1, 2020.
(Mario Armas/Xinhua via Getty) )

Secretary of Citizen Security of Celaya, Ignacio Rivera Peralta, also responded to the scene, as did officers and investigative agents from the Regional Prosecutor’s Office.

Before the evening attack, authorities said they found plastic bags with at least three dismembered bodies Monday in the same neighborhood as the hotel shooting that would hours later. A cardboard box with purported threats from organized crime was found on top of the human remains.

Local authorities registered several criminal organizations in the area, including one group known as the Santa Rosa de Lima Cartel, which is dedicated to huachicoleo, a term used to refer to people who commit regular theft and illegal sale of motor fuel, as well as peddling adulterated alcoholic beverages.