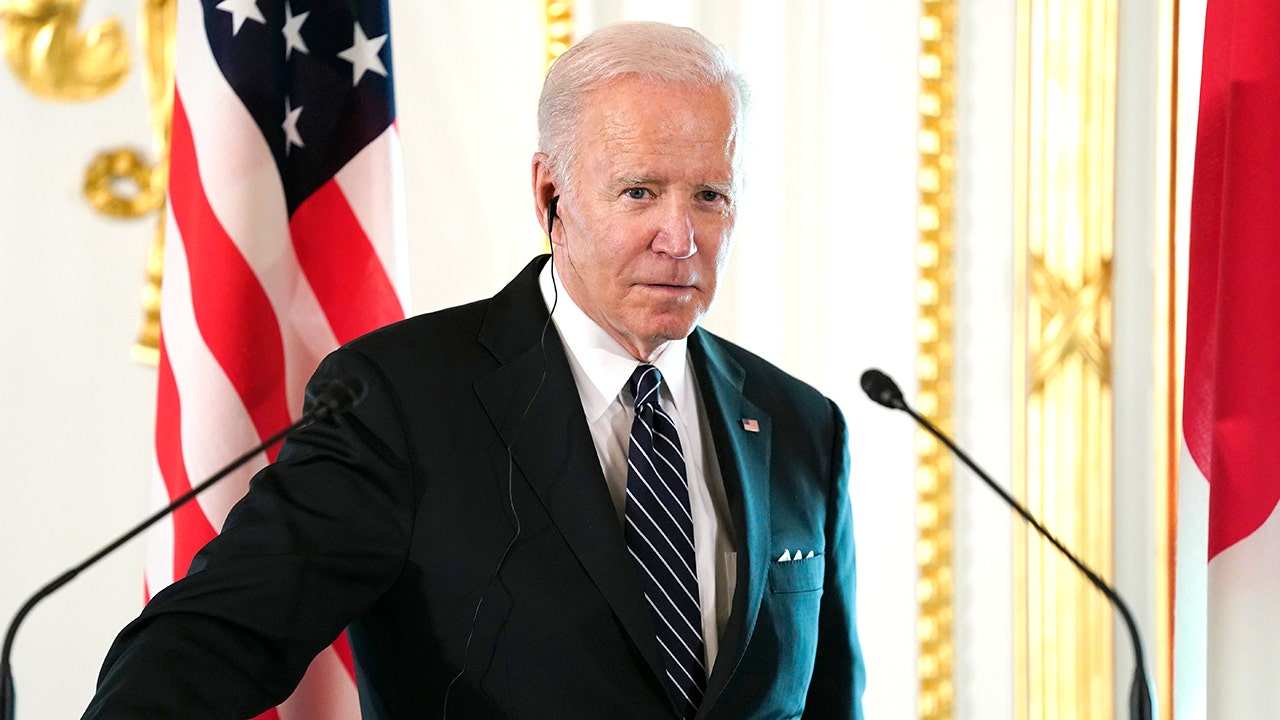 Fox News contributor Joe Concha weighs in on the fentanyl crisis, the White House’s move to walk back Biden’s comments on defending Taiwan and the noticeable gap since Biden’s last media interview.

Joe Biden’s “gaffes” are a danger to Americans.

Once again, addressing a foreign audience without the benefit of his Teleprompter, President Biden wandered off-script, in this case promising that the U.S. would respond militarily if China were to invade Taiwan. Once again, the White House had to walk back his careless remarks.

It was just weeks ago that Biden made similarly reckless comments during a visit to Poland, when he appeared to call for the overthrow of Vladimir Putin, and suggested that U.S. GIs might soon enter Ukraine.

In both cases, Biden gave enemies of the U.S. unparalleled propaganda opportunities; both Putin and President Xi can use video of the president’s remarks to justify heightened hostilities. This is not smart.

US MILITARY WILL DEFEND TAIWAN ‘IF IT COMES TO THAT,’ BIDEN SAYS

Casually dropping a military threat against China is not smart at any time. But especially now, as President Xi faces criticism for having mishandled the economy and COVID, he could grasp Biden’s injudicious promise like a life raft, using the implied threat as an excuse to ramp up military aggression, or even to invade Taiwan.

Diverting the Chinese public from draconian lockdowns and rising joblessness might be tempting for the authoritarian Xi, who wants to be proclaimed ruler for life at the end of this year.

Chinese authorities responded angrily to Biden’s comment, with a spokesman for the Foreign Ministry saying “Beijing” was “strongly dissatisfied” with the president’s pledge, and vowing that the government would “take firm action to safeguard its sovereignty and security interests.”

GEN. KEANE CALLS FOR END TO US ‘STRATEGIC AMBIGUITY’ WITH CHINA: THEY NEED TO UNDERSTAND WE WILL DEFEND TAIWAN

Biden’s suggestion that the U.S. would back Taiwan militarily represents a departure from the “strategic ambiguity” that has long guided official U.S. policy. Our approach has been, in effect, to keep China guessing, hoping that uncertainty would deter Beijing from invading its breakaway region.

Biden, speaking in Japan, pretty much demolished that uncertainty.

Since Biden has made similar pledges to Taiwan in the past, the White House will struggle to erase this latest goof. On two separate occasions last year, Biden claimed the U.S. had a “commitment” to defend the disputed territory. Twice, Biden’s handlers affirmed that in fact our nation’s position had not changed.

The new White House spokesperson Karine Jean-Pierre tweeted out a Bloomberg study concluding that U.S. GDP will expand 2.8% this year, compared to 2% for China, claiming the advantage stemmed from Biden’s economic policies.

The real news is that China is barely growing, after decades of headlong expansion, mainly because of missteps by President Xi.

Chinese President Xi Jinping, also general secretary of the Communist Party of China Central Committee and chairman of the Central Military Commission, sits down with representatives of teachers and students at a symposium and delivers an important speech during a visit to Renmin University of China in Beijing, capital of China, April 25, 2022.
(Ju Peng/Xinhua via Getty Images)

First, the autocratic leader has put a regulatory choke-hold on China’s fast-growing tech sector in his attempt to curb the power of emerging oligarchs. As a result, according to the Economist, “$1trn was wiped off the collective market capitalization of some of the world’s largest internet groups, such as Tencent, a gaming and social-media giant, and Alibaba, China’s e-commerce powerhouse.”

Xi has positioned his opposition to tech entrepreneurs like Alibaba’s founder Jack Ma as a politically appealing socialist mandate, calling for “common prosperity” and requiring the billionaire industrialists to self-criticize and repent.

CHINA’S COVID LOCKDOWNS ARE A SYMPTOM OF DEEPER PROBLEMS

As he has inflicted ever-greater Communist Party oversight onto the important sector, Xi has chilled new investment, especially from overseas. The NASDAQ Golden Dragon China Index, which hit an all-time high in February 2021, is down 69%.

Xi’s anti-tech policies have also hurt ordinary Chinese who, for the first time in years, face unemployment of more than 6%, the highest rate in decades except for a brief COVID-related spike in 2020.

Last summer, for instance, Xi cracked down on after-school tutoring firms that employed some 250,000 people. Because of new rules preventing firms from working on the weekends and that required those businesses to restructure as non-profits, thousands lost their jobs.

Second, Xi has demanded that China adopt a zero-COVID policy that has led to draconian lock-downs of large swaths of the nation and clobbered the economy.

CHINA’S XI TAKES SWIPE AT US AID TO UKRAINE: EUROPE SHOULD TAKE SECURITY ‘IN THEIR OWN HANDS’

China’s losing battle against Covid stems from two problems: first, the virus has become ever more contagious and difficult to corral and second, Beijing stubbornly relied on an ineffective domestically-produced vaccine for too long.

The best defense against COVID-related deaths and serious illness is to ensure that a large swath of the population – and especially older or sick people — is vaccinated. As of March, only half of China’s elderly population had received two shots. Given the vulnerability of this group, the government has been forced to isolate tens of millions of its citizens to prevent a massive death toll.

This year, Xi Jinping hopes to be named President for Life, following in Mao’s footsteps. In November, at its 20th National Party Congress, the Chinese Communist Party (CCP) will decide whether Xi will be awarded that rare honor.

Xi has done an excellent job of imprisoning or sidelining his opponents, but the recent public reemergence of Premier Li Keqiang, described by the Wall Street Journal as China’s “second most powerful political figure,” has some wondering whether Xi’s influence is waning. Li is credited with softening some of Xi’s most damaging policies, like the crackdown on tech; his increased visibility signals frustration over China’s slowdown that could crimp Xi’s ambitions.

Given Xi’s lust for power, he will stop at nothing to ensure his victory. Invading Taiwan, which would be popular with much of the country, might be his next play.

President Biden may have just given him cause.